Dollar General is the subject of a federal unfair labor practices complaint filed by a former corporate employee who said the company has failed to keep its workers safe and pay them adequately during the COVID-19 pandemic.

In a Twitter thread on Tuesday evening, Daniel Stone, who worked as a marketing and planning analyst for Dollar General since 2016 according to his LinkedIn profile, said he was fired after raising a number of issues, including hazard pay for store workers and inadequate protective equipment.

Stone said he raised concerns about Goodlettsville-based Dollar General’s response to the pandemic in early March to ask about paid sick leave for workers who test positive for COVID-19.

Stone said he followed up with several more emails asking about hazard pay for workers staffing stores, protective equipment like masks and other glaring needs, but he never heard a response.

“Asking about hazard pay for coworkers didn’t seem all that pressing to the bigwigs,” Stone tweeted.

Last week I was let go from my role at @DollarGeneral corporate. This came after months of organizing my fellow coworkers in stores, at corporate, in distribution centers & more.

Please read and share this thread about why myself & others took action to fight for one other.

Dollar General announced on May 1 it was contributing an additional $25 million in employee bonuses. That brought the company’s total investment in employee bonuses to $60 million. The company has made disposable gloves, as well as disposable and reusable masks available to workers, according to a media release.

A Dollar General spokeswoman did not immediately respond to a request for comment about Stone’s tweets.

Although the company offered masks to employees, Stone said he saw on April 20 that the masks were inadequate, describing them as “a literal t-shirt with holes cut in it.” Stone said one of his final emails to human resources was complaining about the t-shirt masks. The company’s May 1 release said disposable and reusable masks had been provided for those employees who wished to wear them or were required by local governments to do so.

“Most of us knew that employees are quite literally risking their lives to keep this company going,” Stone tweeted. “Do they genuinely believe the most they can do is a temporary $1 (per hour) raise & a tiny bonus for (part-timers)?

“Workers are tired of asking companies for their empathy. We demand fairness.”

Tennessee Lookout verified the unfair labor practices complaint filed with the National Labor Relations Board on May 5. Stone said he was offered a $15,000 severance payment in exchange for agreeing not to discuss his issues with the company. He declined it. 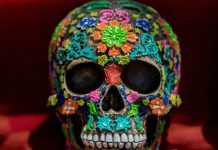