Let’s get the obvious points out of the way first: The timing of Mayor John Cooper’s proposed 32% property tax increase is terrible. We’re at the start of a nationwide economic collapse caused by a once-in-a-century global pandemic, and parts of Nashville are still in tatters from March’s devastating tornadoes. A tax hike, even if it’s necessary, is just about the last thing the city’s residents need.

Everyone should question why Mayors Karl Dean and Megan Barry failed to take advantage of Nashville’s once booming economy to put the city on solid financial footing. More recently, then-Mayor David Briley had a council that was on the verge of passing a property tax hike in both 2018 and 2019. His decision to oppose an increase, aided and abetted by then-Councilmember Cooper, hasn’t aged well.

So there’s plenty of blame to go around.

However, the people who shouldn’t be complaining are the business owners who took advantage of our city’s special perks and tax advantages at the expense of everyone else. This includes Carey Bringle, the owner of the popular Peg Leg Porker barbecue, whose open letter criticizing the mayor’s tax hike took on a life of its own last week. Bringle’s business, conveniently enough, is in the Arts Center redevelopment district, which includes the Gulch. That location provides Bringle with special perks that the average taxpayer couldn’t begin to enjoy.

Credit Bringle for seeing his opportunities and taking them, but he’s not exactly John Galt.

The Gulch was mostly an industrial wasteland until Metro, under then-Mayor Bill Purcell, invested millions in road realignments and other infrastructure improvements. Metro then spurred development through tax increment financing, a nifty financing gimmick that allows business owners in the Gulch to keep their property tax dollars to pay for improvements in their own neighborhood. That’s not how it works for everyone else. When we pay property taxes, our money is spread throughout the county to pay for what we all need (police officers, teachers and road improvements) and for what only some of us need (a road paving project in Bellevue, for example).

We can debate whether there was a time and place for tax increment financing and other policies aimed at luring and keeping businesses. But let’s agree on this: There are no capitalists in the Gulch. Nor are there any pioneers. Every single business owner over there, especially Bringle, owes part of their success to a series of policy choices our local government made to single out the Gulch for tender love and care. And let’s not forget Metro’s construction of the $623 million Music City Center, which provides a lot more business to nearby Peg Leg Porker than it does to LaHacienda Taqueria on Nolensville Road.

Bringle and his online, and largely anonymous, legion of defenders are portraying him as a paragon of capitalist grit, moxie and smarts. That may be true in part, but he’s also benefited from being in a part of town that our local government basically created out of scratch and continues to elevate far above nearly everywhere else. Credit Bringle for seeing his opportunities and taking them, but he’s not exactly John Galt.

In his letter, Bringle complains that his taxes have increased “significantly.” That’s misleading. Metro’s tax rate is the lowest it’s been in its nearly 60 year history. And, according to a report by the Nashville Area Chamber of Commerce, Metro’s tax rate is lower than similar-sized cities including Louisville, Jacksonville, Raleigh and Indianapolis. The reason why Bringle’s taxes have increased is because he chose (as he admits in his letter) to spend $2 million improving the property. His business is clearly thriving. Metro’s investment in the Gulch worked out nicely for him. It hasn’t worked out as well for Nashville’s public school teachers who didn’t reap the benefits of Nashville’s boomtown economy and make less than their counterparts in Hamilton, Knox, Shelby and Montgomery counties.

Nor has it worked out for first responders, health professionals and other public employees who contribute more to a city than someone good at barbecue. But for Bringle, who has paid far less in taxes than he would have on the same property in Chattanooga, Memphis and Knoxville, it has been a helluva ride. Bringle bought his building in 2013. His tax rate has actually gone down since then. In fact, even if Cooper gets his way, Bringle would still be paying a lower tax rate ($4.155) than he did when he first opened up in the Gulch ($4.516).

Let’s remember, for a brief moment, the dearly departed Gulch Bridge. Proposed originally in 2013 by then mayor Karl Dean, the Gulch Bridge was an $18 million proposal to create a pedestrian crossing over the railroad tracks that divide the thriving Gulch and SoBro districts. Derided as a symbol of Dean’s  infatuation with big, glossy projects that comfort the comfortable — and referred to brilliantly as the “Bridge to Browhere” on Twitter — the Gulch Bridge never got off the ground. But somehow, through three separate mayoral administrations, it lingered as a concept until Cooper wisely killed it off last year.

The Gulch Bridge, at its most popular, probably had a 1% approval rating. Almost all of us saw it for what it was: Just another plaything for the party crowd at the Gulch.

Not Bringle though. He recognized the bridge would benefit him and he even went so far as to write an op-ed in support of it in The Tennessean. That was a bad take, and it wasn’t his last.  It also raises the question: Who is more credible when it comes to municipal finances: The business owner who pushed for a taxpayer funded bridge to nowhere — or the mayor who tabled it?

I’m for Cooper’s proposed tax increase — or some version of it — because the alternative (mass layoffs, skeletal city services, damaged credit rating) is far worse. Many people disagree, and I’m not about to lecture them.

But there are plenty of folks who for nearly a decade now watched their $600,000 homes skyrocket in value or had their businesses thrive thanks to special treatment from Metro. They all benefited from Metro’s growth-at-all-costs-policies, and now they don’t want to help the city that helped them. They don’t get to complain that the party is over. They at least got invited, which is more than any of us can say.

Matt Pulle is a former journalist who now practices law. He’ll be honest: He prefers sushi to barbecue. 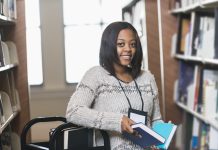 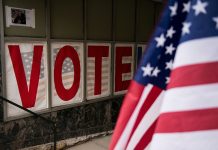 Our sister publication is on the scene in Minneapolis with protesters.

[email protected] and @rljourno are on the scene as protests and looting ravage Lake Street. Here's some photos, video and a quick take: https://t.co/cWkBzb1Ion

ABOUT US
Now more than ever, tough and fair journalism is important. The Tennessee Lookout is your watchdog, telling the stories of politics and policy that affect the people of the Volunteer State.
Contact us: inf[email protected]
FOLLOW US
© Tennessee Lookout 2020
Adjust Font Size
MORE STORIES

Is Voting a Right or a Risk?