The merger between Belmont University and Watkins College of Art remains contentious as an ongoing lawsuit raises questions about the foundations of the deal.

The lawsuit boils down to a dispute on whether procedure was followed in order to dissolve a trust left by the original founder, Samuel Watkins. Attorney Kevin Teets, who represents the plaintiff, two students and a faculty member from a group called “Save Watkins,” questions the validity of a 1974 motion that allegedly dissolved the original trust. Jonathan Fagan is co-counsel.

Watkins’ $18 million dollars in assets and public funds are meant for the people of Nashville, Teets said.

Watkins College of Art has been one of only two independent arts schools in Tennessee accredited by the National Association of Schools of Art and Design (NASAD.) The other, the Memphis College of Art, is in the process of closing.

“Save Watkins,” defines itself as a collective of students, faculty, staff, and alumni whose mission is to “secure a safe and open environment for Watkins Students to pursue their education,” according to its website. The group started a Gofundme in which they raised over $8,000 to cover the legal expenses of the lawsuit. Group members hope that the lawsuit will force the board to “pause-and-reset” the merger until the concerns of the Watkins community have been met.

Watkins College of Art was established in 1885 with a $100,000 bequest from Samuel Watkins, a self-educated entrepreneur who died in 1880. Watkins specified the school teach “the business of life” to people in need. The school helped immigrants assimilate and offered WWI veterans the chance to complete their high school degrees before evolving to focus on art. In 1977, the Tennessee Higher Education Commission approved associate degrees in fine art and design. By 2007, the school bachelor’s degrees in six fields.

The Watkins community was surprised by the decision, said Quinn Dukes, a Watkins’ alumna.

“There was no discussion, there was no indication to the student body that a merger with Belmont would happen,” said Dukes, associate director at the School of Visual Arts in New York.

She and others founded the group and wrote an open letter petition to the board of directors, describing their surprise at learning Watkins was struggling financially: No efforts had been made to reach out to alumni for donations, Dukes said.

A video of the announcement on Jan. 28  shows students, who were informed a day before the press release, voicing numerous concerns to school President J. (Joseph) Kline, Ph.D. about the clash of school cultures, issues of possible censorship and having to fulfill religious requirements at the school. Belmont initially required Watkins’ faculty to be Christian in order to be considered for positions, but later changed their requirements to be more inclusive after protests.

Belmont is a private Christian community that was affiliated with the Southern Baptist Convention until 2005.

Belmont has said enrolled students will have tuition and housing expenses consistent with Watkins’ costs and says financial aid benefits or scholarships will be honored. According to the merger plan, the sale of Watkin’s property will go into an endowment scholarship for Watkins  students, and is guaranteed for seven years. Additionally, the plan will freeze tuition for the next school year, with housing not included.

The merger doesn’t do enough for Watkins students and faculty, Dukes said. Student concerns include written assurance that tuition will not increase throughout their entire education, along with housing being provided, and that graduation schedules will still be met. Originally, faculty was not slated to receive severance pay, but the issue was later resolved by the Watkins board.

It is troubling that I was not informed, nor consulted, prior to a deal being announced between your Board and Belmont’s Board on January 28.   – Sen. Brenda Gilmore

“Save Watkins” says its main grievance with the Watkins Board of Trustees is that the board failed to be transparent about its deal with Belmont. Mark Schlicher, adjunct Watkins faculty member and a plaintiff, says he was initially told many solutions to the school’s financial issues were being considered to keep the school independently operated, before learning the Belmont deal was the only viable option. Further complaints about the merger include what the Watkins faculty describe as a deal done behind closed doors with no regard for the student body.

“It’s a dirty deal that needed to be aired out,” said Schlicher.

He said he found evidence of other offers made to the school to keep it open.

One of those came from Somera Road Inc., a New York-based investment firm. Somera offered to buy the school’s property for $17 million and to lease it back at 30 percent below-market rate and 12 months free rent to “help promote independence and student enrollment growth,” according to emails sent from the company to Watkins.

“I don’t believe that what they are stating actually, truthfully happened with their full intention in saving the college,” said Dukes.

Watkins initially responded to accusations of transparency through an opinion piece in the Tennessean, claiming school administration was restricted from sharing details of the agreement until the merger had been signed. The piece emphasized that publicizing the college’s financial hardships would have damaged enrollment further.

“Save Watkins” has received backing from prominent community members, including Carol McCoy, retired chancellor and previous member of Watkins’s Board of Trustees. McCoy resigned in 2018 after accusing the board of mismanagement and nepotism when President Kline hired his fianceé as Vice President of Admissions.

State Sen. Brenda Gilmore (D-Nashville) urged Watkins’ leaders to suspend the merger negotiations until the school community’s concerns had been addressed. In a letter to the board of trustees, she referenced a lack of transparency and equity issues that needed answers and asked that public schools such as Fisk, TSU and outside groups like Somera Road be allowed to participate in the negotiations.

Gilmore expressed concerns about Watkins as an institution overseen by state law, writing, “It is troubling that I was not informed, nor consulted, prior to a deal being announced between your Board and Belmont’s Board on January 28.”

According to Schlicher, Watkins as a public trust should have been overseen by the state and the entire proposed merger took place “without any consultation or involvement by any official within the Tennessee General Assembly nor the Office of the governor.”

Schlicher says another concern is the historic significance of the school.

“The merger doesn’t guarantee the preservation of Watkins’ legacy, said Schlicher. Samuel Watkins’ original intention for the school was to establish funds for a public school, not a private school. Belmont is obligated to use the Watkins name for 25 years.

In 2018, Belmont University merged with another art institution, O’More College of Design in Franklin. The O’More College of Architecture, Art & Design shows their commitment to preserving both schools name, a Belmont spokeswoman said.

“We were happy to help make that happen, preserve both legacies and welcome their students so that they could continue to pursue their degrees in a seamless fashion,” said April Hefner, spokeswoman for Belmont University.

“After years of financial instability and declining enrollment numbers, it was clear that partnering with another compatible, financially stable institution was the only way to accomplish this,” McGowan said. “Otherwise Watkins would be forced to close its doors as early as the end of this academic year and experience the same fate as many other small colleges across the county in recent years.” 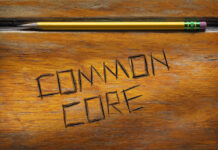 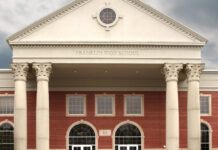