Knox County’s mayor is Glenn Jacobs.  It’s his first elective office.  He is better known as the wrestler Kane, and before his election the only clues to his political inclinations were his anti-government online rants.  Unfortunately, those inclinations are causing trouble during a pandemic that requires not only faith in government abilities to take action, but also practical competence to achieve desired ends.

Thus, it was entirely predictable that Jacobs on May 12 participated in a Facebook Live conversation set up by the extremist Koch Brothers front group Americans for Prosperity.  Jacobs objected to a second round of congressional stimulus appropriations that would include money for the recession-depleted coffers of state and local governments.  Jacobs admitted he would take the money, just as he did with the first bailout which gave him cover to furlough more than 350 employees for eight weeks.

Knoxville Mayor Indya Kincannon managed to persuade Jacobs not to follow his most extreme notions for loosening pandemic precautions in local businesses, a serious case of premature reactivation.  Jacobs, by the way, has no plans to use the nearly $70 million in the county’s rainy-day fund.  One would think a pandemic and recession would count as a deluge.

Recently Jacobs had to grapple with a misstep when his communications director, Mike Donila, kept a Knoxville News Sentinel reporter out of a Zoom briefing.  That reporter has a deep background in health issues and was dissatisfied with the pace and quality of COVID-19 data answers.  After local outcry, the county relented and the reporter was back in the online health briefings.

Jacobs in the Koch call bemoaned the fiscal irresponsibility of federal spending, bragging that Tennessee was a fiscally strong place.  “Unfortunately,” he lamented, “what sometimes happens is the people who have been fiscally responsible end up paying for the fiscal irresponsibility of other places.”  If it sounds a bit like an echo of Senate Majority Leader Mitch McConnell’s “blue state bailout” whine, it is.  It also, however, is a disturbing deception evident in many places, but particularly with Tennessee Republicans.

WalletHub’s calculations place Tennessee as the 15th most federally dependent state.  Business Insider in 2019 calculated Tennessee received $21.2 billion more in federal money/services than we paid in federal taxes.  The states who pay more and get less include California, Illinois, Massachusetts, Minnesota, New York, and New Jersey.  Tennessee Republicans may think it is financially responsible to underinvest in public education and to turndown expanded Medicaid, but the long term keeps proving them wrong as our students underperform and our rural hospitals are forced to close.

WalletHub’s calculations place Tennessee as the 15th most federally dependent state.  Business Insider in 2019 calculated Tennessee received $21.2 billion more in federal money/services than we paid in federal taxes.  The states who pay more and get less include California, Illinois, Massachusetts, Minne

One of the worst cases of this deception occurred with long-term and recently retired Congressman John J. Duncan, Jr. (R-CD 2.)  Duncan in the closing months of his congressional career kept insisting that it was a lack of fiscal austerity that led to the lead poisoning of the people of Flint, Michigan.  Of course, it was the opposite.  Republican Governor Rick Snyder overruled local authority and appointed a manager to force Flint to be more austere.  The manager switched the water supply from Lake Huron to the polluted Flint River, forgot to add corrosion inhibitors, and lead leached from old pipes into the bodies of Flint’s children.

East Tennessee, along with the rest of the state, continues to battle the spread of a deadly virus.  It doesn’t help that some local leaders are infected with nonsense ideas. 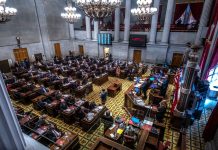 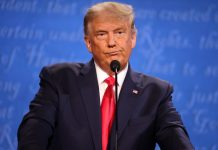 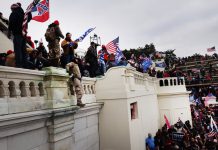