Two Nashville restaurants sued their insurance company in recent weeks over rejected claims from lost business due to the pandemic.

The lawsuits were filed separately by the downtown restaurant Woolworth on 5th and Pemrose, which is in the Gulch against the Cincinnati Insurance Company. The restaurants are both represented by the Frazer Law.

Woolworth and Pemrose were faced with the same catastrophic loss of business as other Nashville restaurants when Mayor John Cooper’s administration and then Gov. Bill Lee instituted orders banning in-person dining.

The restaurants filed claims with the Cincinnati Insurance Company, but those claims were quickly rejected, according to the lawsuits. Importantly, the restaurants claim that their policies did not include provisions  for pandemics.

“Moreover, unlike many commercial property policies available in the market, the policies sold by Defendants do not include an exclusion for loss caused by a virus,” Pemrose argued in its lawsuit filed on Monday. “Thus, (Pemrose) reasonably expected that the insurance it purchased from Defendants would and did include coverage for property damage and business interruption losses caused by viruses like the COVID- 19 coronavirus.”

That’s an important issue, because many other restaurants and music venues’ insurance policies include specific provisions that a pandemic is not a reason to file a claim.

In exhibits attached to the lawsuits, the Cincinnati Insurance Company rejected the claims arguing in part that the COVID-19 virus did not represent property damage.

Pemrose launched last year in the Gulch just a few doors down from another highly regarded restaurant also led by chef Matt Bolus. The seafood hotspot took over the space previously occupied by Fin & Pearl.

“Pemrose is closed until further notice,” the post reads. “We have taken the steps to prioritize the safety and well-being of our team members, guests and the Gulch community. Together we will get through these troublesome times, but for now, we’d like to thank you for your understanding and loyalty. We very much look forward to having you as our guest very soon.”

Woolworth on 5th, the downtown restaurant that became a Civil Rights touchstone where students protested racial discrimination with lunch counter sit-ins, reopened in 2018 after being closed for many years. Like Pemrose, Woolworth on 5th is closed because of the pandemic.

Cooper announced this week that Nashville will enter phase two of its recovery, allowing restaurants to serve patrons at 75 percent capacity with strict social distancing guidelines. 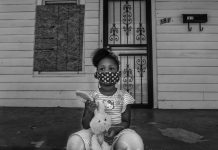 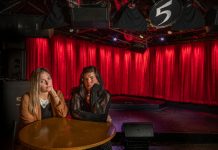