Long before COVID-19 killed almost 100,000 people in the U.S., causing disproportionate suffering among poor and low-income people and communities of color, I was fighting another kind of disease that kills poor people and minorities: environmental racism.

We have some of the highest cancer rates in the country along with birth defects and many health disorders. My community was subjected to these crimes because we are black. It has caused brain cancer in both my mother and oldest sister while causing fibroids in another sister. There have been numerous causes of cancer in people living on my block alone.

The Environmental Protection Agency designated the 632-acre depot as a Superfund site in 1992, a designation that meant it was heavily polluted. Chemical weapons and other toxic materials were dumped there, beginning in the 1940s.

At first, I fought with my neighbors and other activists. But now, I also fight with the Poor People’s Campaign: A National Call for Moral Revival. We’re holding our digital Mass People’s Assembly & Moral March on Washington on June 20th. I hope you’ll join us at june2020.org.

The depot was closed in 1997, and the toxic materials were either buried deep in the ground or hauled away. But the closing of the depot didn’t end the health problems of its neighbors — some of those were just beginning. And those health issues will continue well into the future.

The Poor People’s Campaign will hold a Thursday, 7:30 p.m., for people in Tennessee, Mississippi, Florida and Nevada. Johnson will be one of the speakers. The meeting will be on Facebook:  https://www.facebook.com/anewppc/

In 1998, my mother was diagnosed with brain cancer, which came out of nowhere since my family had no history of brain cancer. She never recovered from this and died in a nursing home in 1999.

In 2014, my oldest sister collapsed at work and a cancerous tumor was found in the exact place as my mother’s. They also found a cancerous mass between her lungs that still has not been explained. My sister was a nurse and maintained a healthy lifestyle. Also, my mom’s youngest sister was diagnosed with brain cancer a few days after. Her and my sister had surgery the same day and were on the same floor in the ICU.

Eventually, I discovered cancer and other illnesses were common in our community — every family I knew suffered in some way — and the federal and local governments were aware of  the danger posed by the depot.

Seven schools were located near the depot so it’s not surprising that children in these communities experience learning disabilities and behavioral disorders from the chemical agents that escaped into the air and ground water.

The more I studied, the more I discovered that this issue was not exclusive to my community or those surrounding the Depot. Memphis has a history of contamination sites located in historically black communities. This is why I am part of the Poor People’s Campaign. I was fighting for my community before COVID-19. Now I’m fighting harder than ever. 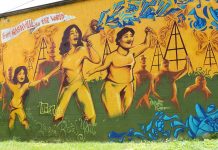 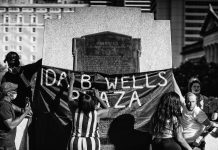