To judge by recent polls, Tennesseans are generally satisfied with how their leaders have handled the coronavirus pandemic, though marks are a lot higher for Nashville’s response than for the state’s. It is to be expected that political leaders will find their approval ratings juiced in times of crisis as long as they keep a reasonably steady hand on the tiller, or at least can project the illusion of doing so. (Trump does neither, so his numbers are stubbornly flat.)

But is it enough to judge local leaders’ performance in the crisis merely by their response to it? It is, to be sure, a challenging time to be a mayor or a governor, with just about every policy priority you ran on (if you actually had any—looking at you, Bill Lee) hijacked by the need to attend day after day to matters pandemic in your community. Is it fair for us to ask for more? Should we expect more than just that steady hand on the tiller?

By all means yes we should.

For those who are spending way too much time consuming news and information—as opposed to more fruitful quarantainments like having a bearded Dutchman teach you pentatonic scales or learning to bake a Mary-worthy Victoria sandwich—it’s hard to escape the media commentariat’s growth market in post-COVID prophecy. What will come after? Following months of work at home, how will jobs and workplaces evolve? Will education be transformed? Will we experience restaurants and movies and concerts in the same way? What will life be like when all of this is over (allowing that nobody quite knows precisely what we mean by “this” or by “over”)?

One take gathering steam is that the pandemic exposes cracks for all to see (as if we didn’t already) in the foundation of American life: “a corrupt political class, a sclerotic bureaucracy, a heartless economy, a divided and distracted public,” George Packer efficiently summarized at The Atlantic. Add to that heinous inequality, dysfunctional healthcare, appalling homelessness, gross inequities in education, an inhumane system of incarceration, a hollowed out government, and [insert your favorite crumbling institutional segment of society not mentioned here].

There are a number of examples of forward-looking and forward-thinking municipal leaders doing just that—leading in crisis and at the same time using the crisis as an opportunity to ponder the future not as a resumption of normal, but as a transformation.

Can a pandemic that shines a harsh light on society’s basic flaws and structural failures spark political investment in exciting new visions of our collective social enterprise on the other side? Ok, that may be too big an ask during a crisis (or ever), but what isn’t too big is expecting local leaders to be thinking not just about getting past the pandemic, but also about life in their cities and states beyond the pandemic.

One might fairly respond: who’s got the time? How can, say, a mayor with his hands full coaxing our city through a public health quagmire with dire fiscal side effects find bandwidth for peering through the lens of utopian futurism?

Utopian might overstate the case, but it turns out there are a number of examples of forward-looking and forward-thinking municipal leaders doing just that—leading in crisis and at the same time using the crisis as an opportunity to ponder the future not as a resumption of normal, but as a transformation.

Consider, for instance, the C40 Cities, a network of over 90 cities first gathered to generate commitments by mayors to climate action goals emerging from the Paris Agreement. These mayors, representing collectively around three-quarters of a billion people, have published a statement of principles making equity, sustainability, and climate resilience centerpieces of COVID-19 recovery in their communities. Cities as varied as Paris, Milan, Montreal, Mexico City, and Bogotá have already announced concrete measures that will turn temporary pandemic adjustments into permanent improvements in how people use and navigate public space and transport.

The C40 roster includes a number of Nashville’s peer cities: Austin, New Orleans, Portland, San Francisco, Seattle—but sadly Nashville is nowhere to be found, and we’ve seen little evidence that Metro’s leadership is doing much in the way of its own forward post-pandemic thinking. An unintentionally depressing Tennessean article this week headlined  “A new, ‘New Nashville’ is emerging as city slowly reawakens” ticked off all of the commercial real estate and tourist development projects that have continued apace while we’ve been inside binging Netflix. Conspicuously absent: the slightest hint that anything in the way of a re-envisioned future for the city is on anyone’s drawing board in the public or private sector.

I will grant that there is another side to futurism—an argument that predicting what comes after is a sucker’s game. Intellectual historian Mark Lilla, waxing erudite in a New York Times piece last week titled “No One Knows What is Going to Happen,” declares that “the post-COVID future doesn’t exist. It will exist only after we have made it.” The pandemic may remind us “just how great a responsibility we bear toward the future,” he writes, but it also highlights “how inadequate our knowledge is for making wise decisions and anticipating consequences.”

I’m calling bullshit on Professor Lilla. Prediction is hard and errors are inevitable, but what we make tomorrow is inescapably propelled by what we anticipate today. (As an aside, check out this fascinating compendium of brief takes on the future of cities by a dozen global experts in urban policy.) Years from now we’ll fondly recall mayors and governors who navigated a formidable crisis with rational competence and good will, and good on ‘em. Personally, I’m more interested in the ones we won’t just recall, but will actively celebrate because they had the vision to realize that while steering white-knuckled through the icebergs, great leaders find the time and seize the opportunity to reimagine the destination. 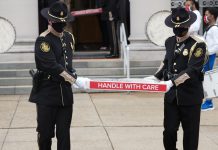 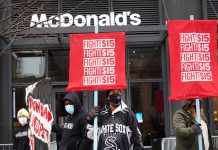 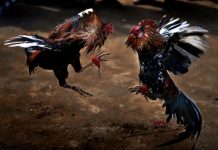