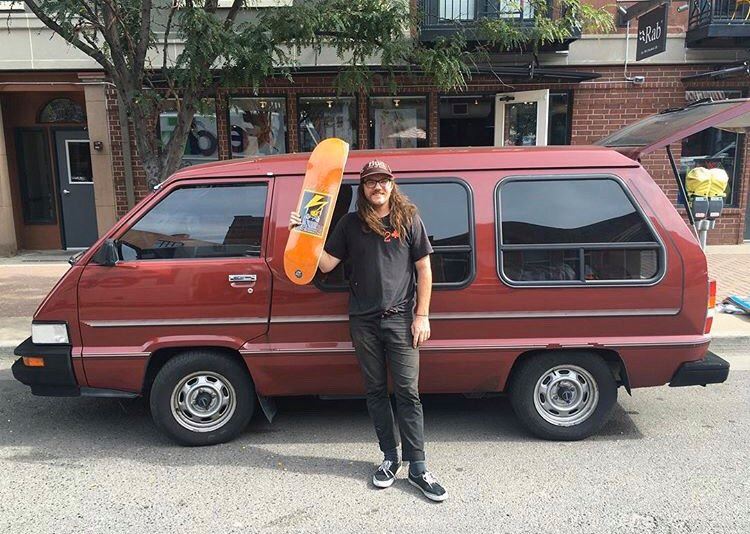 Use of the Internet has probably changed thanks to the COVID-19 pandemic (Zoom, anyone?)  but most Americans probably have not experienced anything nearly as profound as what Nashvillian Joseph Romano, 31, discovered recently while using social media.

That’s because Joseph, who goes by Joe, learned while checking his Instagram account that voters across the country believe he is the Democratic nominee to be President of the United States.

His accomplishments before allegedly vying to be leader of the free world? He co-founded a skateboarding company and he was part of a team that built a life-size robotic Tyrannosaurus rex.

Romano said his username on Instagram has been @TeamJoe for nearly ten years and that he created the account using an Apple touch device before even having a smartphone.

“I love Instagram over the other platforms because I’m a visual person,” Romano said.

On Twitter, former Vice President Joe Biden has the identical username as Romano’s Instagram account: @TeamJoe. Biden’s campaign and supporters frequently use the hashtag, #TeamJoe, in their social media posts too.

But he’s now being tagged in political posts and videos encouraging @TeamJoe to do well in town hall performances and by volunteers encouraging others to get out the vote for Biden.

“When this first started happening, I showed my girlfriend the post and we thought it was hilarious,” Romano said. “And then it happened again and again, and I’ve been tagged in dozens of posts over the past several weeks that were meant for the other Joe.”

Romano said he’s tried to stay away from politics but thanks to his Instagram account, politics have found him. “It just isn’t my cup of tea,” he said. He adds that he’s been eligible to vote in the past three presidential campaigns but voted for the first time in 2016 and voted against Donald Trump.

With the upcoming November elections on the horizon, Romano says that if he goes to the polls, he will be supporting the only #TeamJoe on the ticket. “Like I said, politics just isn’t really my thing; but I am definitely not voting for Trump,” Romano said.

“I don’t know if the people offering to buy my account are some of Trump’s supporters or if they’re even Americans,”  Romano said.

With bills to pay, especially during the recent pandemic and shutdown, Romano said he’s certainly open to selling the Instagram account if the price is right.  While he has a full-time job with an animatronics company – hence, the T. rex – the skateboarding company is more of a labor of love than it is a revenue stream.

As he learns more about the culture of campaigns and politics, there’s a thing or two he would like the politicians to learn about skateboarding.

“Skateboarding is such a good activity for kids to get into,” he said. “I lost my Dad at a young age. But I had skateboarding and that is where I met mentors like my now business partner, Matt Cole. I did not have brothers growing up, but Matt has always been someone I could talk to and he and I connected because of skateboarding,” Romano said.

Politics may not be his niche, but Romano is willing to talk about his passion with anyone willing to listen—including the head of the other Team Joe, who wants to be president this fall.

Newly elected members of the U.S. House converge on Washington