For nearly 30 years, nonprofit hospitals, clinics and health centers providing safety-net care have taken advantage of a federal program that provides them with cheaper prescription drugs.

Under the federal 340B program, approved nonprofits and providers treating a high percentage of indigent patients purchase the outpatient drugs for less from pharmaceutical companies but are then reimbursed at the full rate by health insurance providers. The law requires the hospitals, walk-in clinics and others taking advantage of 340B to use the savings on patient care.

But in recent years, pharmacy benefit managers, the middle man hired by insurance companies to handle their drug programs, have worked to negotiate lower reimbursement rates for the 340B providers. In response, Tennessee is one of several states considering legislation to block the pharmacy benefit managers from negotiating lesser reimbursement rates and charging nonprofit providers extra fees.

Advocates say the legislation is needed to help rural hospitals, indigent care providers and government-funded clinics already operating with tight margins. The bill, which will be considered in the Senate Commerce and Labor Committee on Tuesday, has faced some resistance from insurance and pharmacy benefit management companies.

At stake is millions of dollars each year in pharmaceutical savings that 340B providers say they need more than ever amid the COVID-19 pandemic. There are 684 safety net providers across Tennessee taking advantage of the federal program.

The legislation’s lead sponsor, state Sen. Richard Briggs, R-Knoxville, said the 340B program is “the one thing helping” rural hospitals and nonprofit providers keep their head above water. In addition to rural hospitals, government funded clinics treating HIV and tuberculosis are included in 340B.

“There’s a whole group of these types of clinics and hospitals, particularly the small rural hospitals, quite frankly I don’t know how they’re going to get through all of this,” Briggs said.

A 2018 study in Ohio found that two pharmacy benefit managers brought in $240 million thanks to a two-tiered reimbursement pricing structure.

“Without the protections afforded by SB1942/HB1890, pharmacy benefit managers will be able to redirect dollars earned into private coffers, leaving thousands of Tennesseans, many in underserved rural areas, in jeopardy of losing critical healthcare,” said Shannon Stephenson, CEO of Chattanooga-based Cempa Community Care, which supports the legislation. “The 340B program was intended to provide a discount to not-for-profit and public agencies so they wouldn’t have to rely on taxpayer funding to provide services.”

But, the legislation is no slam dunk. Opponents say the program has been taken advantage of by financially thriving nonprofit hospitals. Vanderbilt University Medical Center in Nashville and Erlanger Health System in Chattanooga are among the Tennessee providers on the 340B list.

State Sen. Paul Bailey, R-Sparta, who is viewed by observers as a swing vote on the legislation, said he wants “to ensure that savings from the program are truly used to help indigent patients, as well as rural health care providers.  Those are my two primary concerns.”

Briggs said pharmacy benefit managers have effectively become the police for the federal program and decided that some providers “don’t deserve to be on the list.”

Opponents say the program has been taken advantage of by financially thriving nonprofit hospitals.

Briggs said that the question of which providers are able to take advantage of the program should be decided by the federal government, and that his legislation is needed to help the small providers that don’t have leverage to negotiate higher reimbursement rates due to their size.

Similar legislation is being considered in at least five other states. 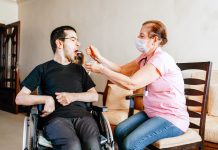 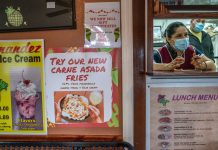 In the meantime, companies lured with cash incentives have failed to live up to their promises. https://t.co/rdJrGNs0QU

While @GovBillLee says the state is "reviewing" its policy on doing business with Chinese companies, Tennessee is still actively recruiting them. https://t.co/YAzKGG2d3x

TN rural hospitals back bill to save money on pharmaceutical costs