A Nashville judge will rule on Thursday whether to expand excuse-free absentee voting to any voter who requests a mail-in ballot after hearing arguments from the state and plaintiffs who say the expansion is needed because of the ongoing pandemic.

An attorney for the Tennessee Attorney General said such an expansion of absentee voting would be too expensive to pull off this year and is not logistically feasible. Assistant Attorney General Alex Rieger also said the state is concerned about voter disenfranchisement because of voter error due to thousands of voters possibly using absentee ballots for the first time.

Plaintiffs have argued that Tennessee should expand absentee voting to anyone who wants a ballot because of the COVID-19 pandemic. Plaintiffs include individuals with underlying health conditions that would make contracting the virus especially dangerous, but do not meet the state’s current threshold for absentee voting.

At stake is how millions of people will vote in the 2020 August primary and general election in November. Nashville-based nonprofit the Equity Alliance is also a plaintiff in the case and its leaders argue that voters should not be forced to choose between their health and their constitutional right to vote amid the pandemic.

Although the state argued that it has sufficient safeguards in place for the upcoming elections and that fear of COVID-19 is not a good enough reason to request an absentee ballot, the Wednesday hearing was held remotely on Zoom.

Rieger pointed out that federal CARES Act funds earmarked for elections have mostly been spent already on sanitizer, signs explaining how to stay safe and other items. But, since the state doesn’t know how many people would request absentee ballots, it must prepare as if everyone will, which will be too costly and is not logistically possible on such a short time frame, Rieger said.

ThinkTennessee, a non-partisan think tank based in Nashville, reports the state has $9.5 million in federal coronavirus emergency response funds available to invest in solely in Tennessee elections.

Lyle pushed Rieger, asking if Tennessee is incapable of responding to needs of voters registered by mail as other states have done.

“Your honor, I’ll refer back to the affidavits and say yes, that is not feasible to do statewide no-excuse absentee voting,” Rieger answered. “It’s too expensive. It carries risks to the voter and risks sowing confusion and chaos into an election process that’s already ongoing.”

Currently anyone 60 or over may request an absentee ballot, which is then mailed in, without an excuse. Absentee ballots are also available to people who serve in the military or are out of town for other reasons and to those with serious medical conditions that basically leave them bedridden.

ThinkTennessee, a non-partisan think tank based in Nashville, reports the state has $9.5 million in federal coronavirus emergency response funds available to invest in solely in Tennessee elections.

The state expanded its medical reasons for requesting a ballot to voters who are quarantining because of COVID-19, because they have the virus or have been exposed to it, and to their caretakers.

But as of now, fear of contracting the virus is not an excuse.

Attorneys for the plaintiffs pointed out that COVID-19 is dangerous because it often is spread by people who are asymptomatic. That puts voters with health problems that make recovering from the virus difficult – cancer, emphysema, asthma – at risk.

Plaintiff attorney Steven Mulroy said that even if turnout reaches a 20 percent increase from the levels in 2018, which was a 15-year record, the state has capacity to handle more vote-by-mail ballots. Mulroy said the risk of increased fraud or voter disenfranchisement because ballots are filled out incorrectly are minimal.

Absentee voting rules have been overhauled across the country, either by executive order from governors, new laws or judicial rulings. There are 17 states that require an excuse, but 12 of those have loosened their rules amid the pandemic and mailed absentee ballots to those who requested them.

Mulroy argued that fear of fraud is over-blown and showed statistics showing instances of vote-by-mail fraud occur in similar numbers to in-person voting. He also pointed out the state’s safety plan for voting during the pandemic encourages masks, which he argued defeats the purpose of requiring a government photo identification.

“It actually ends up being better from a fraud perspective to vote by mail as opposed to voting in person, making the state’s analysis perverse,” Mulroy said. 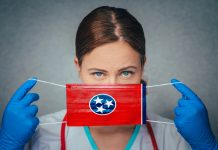 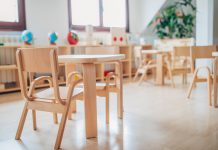 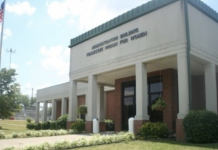