Metro Councilman Colby Sledge filed legislation on Monday that would ban Nashville police officers from using chokeholds or strangleholds in addition to other policies aimed at reducing use of force.

Sledge’s ordinance has 18 co-sponsors and will be heard on first reading next week. Sledge, who represents the Wedgewood-Houston and Woodbine neighborhoods in South Nashville, said the Metro Nashville Police Department handbook showed the city is complying with four of the eight policies.

In addition to banning chokeholds, the ordinance mandates de-escalation training and requires de-escalation tactics to be utilized as soon as an officer arrives on scene. Sledge’s legislation also requires officers to intervene to stop or try to stop other officers from using excessive force.

Campaign Zero rates Nashville as having achieved three of the eight suggested policies.

“This ordinance essentially adopts the rest of the policies being described under the campaign ‘8 Can’t Wait,’ which is getting more visibility these days,” Sledge said.

“As an internationally accredited law enforcement agency, who for 26 years has met rigorous standards of independent review and evaluation of policies and practices – to the Gold Standard of the accrediting body (CALEA), the MNPD recognizes that the use of evidence informed standards and limitations on police use of force continue to demonstrate that they can significantly reduce the need to use of force,” Aaron said. “Similarly, the value of a process to ensure continuous review of use of force policy, training and reporting practices regarding use of force remains an essential element of not only maintaining compliance with standards, but also our goal to maintain community confidence in all that we do.”

Aaron added that a review of the department manual “would indicate that these underlying elements of these principles are not new to the MNPD.”

Aaron pointed out that the MNPD handbook requires officers to “identify themselves and determine which options in the force continuum will best de-escalate the situation in the most safe, reasonable, and prudent manner possible.”

On the recommendation of creating a “duty to intervene” policy, Aaron said that “multiple provisions of existing department policy” mandate employees report and intercede in situations where they are aware of other officers engaged in unlawful acts or those that violate policy. Sledge said his ordinance goes further than existing policy by requiring officers to try to stop the use of excessive force.

Sledge also seeks to expand reporting requirements by raising the threshold for reportable incidents. Sledge said the current policy requires reporting when a civilian is injured or complains of injury. His policy expands that to when civilians complain of being in pain. The MNPD handbook requires officers to report all use-of-force incidents.

The very question of council oversight of police policies is a vague one in Metro. Sledge said the city has generally taken the legal position that the police chief sets policy.

But, the charter requires policies set by the chief to conform to all applicable city ordinances. That means council has the ability to pass ordinances related to policing, Sledge said.

Police tactics are under scrutiny nationally following the death of George Floyd last month in Minneapolis. In that incident, an officer kneeled on Floyd’s neck for nearly nine minutes while Floyd cried out several times he couldn’t breathe.

“The community is asking us to increase accountability of our police force,” Sledge said. “This is a widely agreed-upon step to take, so it makes perfect sense that we would take that step.” 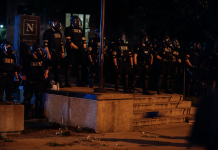 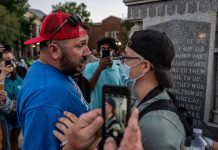