I was one of the more than 125 people that either called in or attended Tuesday night’s Metro Council budget hearing. Around 11 p.m., after hearing several dozen members of the community comment on the council budget proposal, Vice Mayor Jim Shulman called a 15-minute recess and proceeded to lambast community members waiting patiently outside the council chambers.

He accused us of undermining the democratic process and treating it as “fun and games”. After an exchange of words with his constituents, Mr. Shulman escalated the situation and brought in several armed police officers and tacitly threatened us in an apparent effort to end the public comment period. After addressing other items on the meeting agenda and a lengthy back-and-forth with council members, Mr. Shulman finally conceded and allowed the remaining comments to be heard. The Vice Mayor’s main concern was that most Nashvillian’s voices were not being heard, and that our presence was preventing others from being heard.

The Vice Mayor no doubt has a difficult job. Nashville is facing a once in a generation budget crisis and is reeling from the March tornado and the ongoing pandemic. His reputation as a dedicated public servant is well-known and admired by many; however, Nashvillians are entitled to their right to express their concerns at a public budget hearing without exception. This is a critical juncture for our city and country.

I came only as a concerned lifelong resident of Nashville and did not represent any other community group or agenda. I am a proud 2017 graduate of Hume-Fogg, where we were instilled with a respect for the democratic process and civic engagement. I, along with many of my fellow citizens, came to express concerns with the priorities outlined in Mayor Cooper’s budget, which includes painful across the board cuts to Metro Nashville Public Schools and every other major department – except for the Metro Nashville Police Department.

I am not going to pretend to be an expert on municipal finance or how to run a city, but I simply wished to express my desire to see more money allocated to MNPS and social services, and less to militarized elements of our police force that do little to nothing to keep the public safe. This sentiment was echoed by nearly everyone that called in or attended Tuesday night’s meeting.

Let me be clear, this was not a protest. This was a collection of private citizens engaging in an otherwise mundane budget hearing within the boundaries of the public comment process. Rather than listening to the legitimate concerns of his constituents, Mr. Shulman buried his head in the sand and sought public comments that fit what he wanted to hear. His apology, while necessary and appreciated, demonstrates that he has still not heard his constituents after the longest council meeting in the city’s history and thousands peacefully marched through the streets of Nashville Thursday afternoon.

Nashvillians have spoken: We want less funding for ineffective policing and more for education, affordable housing, and other social services. Nashvillians deserve public servants who will listen and respect the democratic process if we are going to be a city by and for the people. 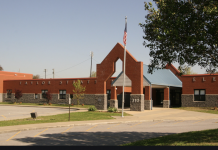 Despite offers of hotel rooms for homeless, city does not take...