Arts organizations struggle with providing safe performances amid a pandemic

Tennesseans who rely on performing arts for relaxation will have fewer options in the coming year, as many organizations suspend programming and many performers face unemployment.

Nashville will be having a quiet summer this year as arts communities scramble for ways to survive the pandemic and the suspension of most live performances.

The Nashville Symphony announced last Friday the suspension of all concerts through July 2021, citing inability to have safe performances and have sustainable concerts due to reduced capacity.

Performers on furlough are preparing for year-long unemployment. Tennessee Lookout spoke with violist Melinda Whitley hours after the Nashville Symphony made its announcement. The NSO has agreed to pay performers through the season’s end in July, but performers will then have to apply for unemployment and jobs while being on furlough possibly for a year.

Whitley understands why the symphony made the decision to suspend programming. As a nonprofit, the Nashville symphony cannot survive without significant support and cannot pay musicians if there’s no work.

“You can’t have 85 musicians on the stage with 1,800 people in the audience several times a week and be safe,” said Whitley.

Performers remain hopeful that the hiatus won’t last as long as predictions entail, but the art scene is “looking a little grim.”

“I don’t really know what people are going to be able to wait out at this point with our salaries being gone,” said Whitley.

Local art communities are facing a similar dilemma, especially those who require large amounts of performers and a large audience.

The NSO isn’t the only organization taking such steps. The Tennessee Performing Arts Center (TPAC) has suspended all performances and are asking for donations to their recovery fund.

The Nashville Ballet announced a temporary hiatus on March 31 and have asked for support for the local arts community to come in the form of donations, reaching out to government leaders and engaging online with digital content.

“As local, state and federal leaders create legislative relief resources, we ask that you serve as an advocate for the support of local fine arts organizations alongside other impacted arts and entertainment workers, venues and companies,” according to their website.

The Nashville Opera has no planned public activities for the summer but continue to work on plans for the upcoming season. Plans include digital events and social distancing procedures for potential in-person performances, according to spokesperson Lea Maitlen.

The art ecosystem here is integral to the brand that we have made for ourselves as Music City.

Other organizations plan to open under social distancing guidelines.

“Capacities will have to be reduced,” said Stephanie Silverman, executive director for the Belcourt Theater.

Few arts organizations have been able to adapt to social-distancing guidelines.

“That’s one thing for a film house like ours who can still have several screenings a day without live performers on a stage together. It’s much more challenging for live performance venues,” said Silverman. 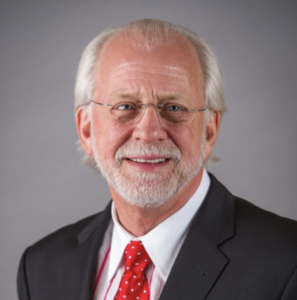 A core group of 18 employees will remain with discounted salaries, including CEO Valentine, and the symphony’s budget will go to care for the Schermerhorn Symphony Center, such as security, maintenance, insurance and paying interest on the remaining mortgage.

An agreement was made to continue providing the furlough musicians with health insurance through the end of 2020 using Paycheck Protection Program Loan (PPP), said Valentine, but that will have to be reevaluated in six months. Symphony staff will provide help to musicians looking for jobs in the meantime.

Due to the substantial budget, said Valentine, contributions will still be necessary to support the NSO during its hiatus.

Valentine hopes these measures will allow the art community to survive until it’s safe to allow live performances.

“The arts ecosystem here is integral to the brand that we have made for ourselves as Music City,” said Valentine, acknowledging “The new normal is going to be different.”

“This is a creative community and I have to hang my hat on my belief that we will figure it out somehow,” said Whitley.