The Tennessean announced on Sunday it is launching an investigation into how an advertisement predicting “Islam” is going to detonate a nuclear device in Nashville on July 18 was able to run online and in print.

The full-page advertisement ran in print Sunday and a second full page ad by the same advertiser ran Wednesday but did not reference Islam.

Critics locally and nationally bashed the ad as bigoted and Tennessean Vice President and Editor Michael Anastasi said the newspaper is launching a full investigation for how it appeared in print.

Sabina Mohyuddin, executive director of the Tennessee-based American Muslim Advisory Council, lambasted the ad as a setback for the Muslim community. Mohyuddin said she is dubious of the Tennessean’s explanation that it is investigating after the ad ran, and worried that the ad could promote acts of violence against Muslims in Middle Tennessee.

“Obviously this is very dangerous against our community,” Mohyuddin said. “It makes you think that if you want to write an editorial and they won’t publish it, then you can pay to have it published with an ad. If this was a white nationalist organization, the KKK, or making racist remarks, or anti-Semitic remarks, would the Tennessean publish it? They wouldn’t have, that’s the truth.

The ad was paid for by an opaque group called The Ministry of Future for America, which purchased the full-page spot presented as a vague, rambling open letter addressed to “citizen of Nashville.”

Reached for comment Sunday, Jeff Pippenger with the Future for America, e-mailed: “We are a small ministry based in Arkansas that focusses our message based upon the United States as it is represented in Bible prophecy. The Tennessean is the only place we paced the ad, and it was simply our ministry that accomplished the ad.”

The Ministry of Future for America predicts that the United States of America will soon end its “history as the sixth kingdom,” and the world will transcend “into the seventh kingdom of the United Nations.”

“… Bible prophecy specifies that Donald Trump is the final president of the USA. President Trump has been typified by many biblical leaders and is marked in God’s Word,” the ad states, before stating without explanation that Trump’s battle with Democrats is the subject of prophecy.

The Tennessean’s advertisement then spills into several paragraphs of anti-Muslim rhetoric, claiming that the Bible predicts Islam’s role is to bring “all men on planet earth together to combat them.” The ad, which cites the writings of Seventh Day Adventist Church co-founder Ellen G. White, ran alongside photos of Pope Francis and Trump.

“Nashville was not the only city Ellen G. White identified would be struck by catastrophe,” the ad states. “Over a hundred years ago, she spoke of the time when the ‘great buildings of New York City’ would be destroyed.’”

On social media, the Tennessean was starkly criticized for running the ad, with many users questioning how the copy made it through editing to publish not once but twice. A digital version ran online as well with links to the organization’s website.

In response to a series of questions by the Tennessee Lookout, including who approved the ad and how much the Tennessean earned from it, Anastasi referred to a story posted on The Tennessean website. He called the ad “horrific” and “indefensible” and promised an investigation.

“Clearly there was a breakdown in the normal processes, which call for careful scrutiny of our advertising content,” Anastasi said in the story, noting that news and sales operate independently.

“The ad is horrific and is utterly indefensible in all circumstances. It is wrong, period, and should have never been published,” Anastasi said. “It has hurt members of our community and our own employees and that saddens me beyond belief. It is inconsistent with everything The Tennessean as an institution stands and has stood for.”

Anastasi did not offer an immediate apology.

We, along with @memnewsguild1, condemn the ad that ran today in The Tennessean. The hardworking journalists in Nashville deserve better. pic.twitter.com/npEK7Ef8b4

The Tennessee Lookout also sought comment from Ryan Kedzierski, the regional vice president at USA Today Network Tennessee. Kedzierski. Kezierski has since apologized in an updated story from The Tennessean.

Mohyuddin said the Muslim community suffers from bullying in schools, discrimination in work and threats against its places of worship.

“So when things like this come out we live in greater fear. You’re talking about a nuclear attack,” she said. “You can apologize. You can pull the ad, but once this idea is in people’s minds and it falls further into their stereotypes, this just confirms their stereotypes. So, we can push back. They can remove the ad, but the harm to our community is already done. It’s hard to accept this happened and it’s the second time this ad has run.”

“It also ran on A20 of Wednesday’s paper,” Bacharach tweeted. “This is so severely irresponsible. I’ve got no idea how something like this gets approved — I have no inkling into the advertising process — but it’s absolutely unacceptable. My colleagues and I are seeking answers.”

Future for America, the organization listed on the ad sponsor’s webpage, is a 501c3 nonprofit based in Arkansas that describes its purpose as “evangelism.” According to its most recent tax form, the group brought in $727,520 last year and has over $1 million on hand. Its fundraising sources are not itemized on the most recent disclosure.

Steve Cavendish, former editor of the Nashville Scene and Washington City Paper and media critic whose columns have focused on Gannett, which owns the Tennessean, said the ad accentuates a company that is both starved for ad revenue and has downsized quality control.

“In the old days, you had quality control editors reading pages once the ad was placed and those positions are gone,” Cavendish said. He said that it was unlikely anyone in the Tennessean’s newsroom saw the ad before it published.

“The thing about quality control is that you may feel like when nothing is going wrong that it isn’t worth the cost. But then when something like this happens, it absolutely underscores a failing in Gannett.”

This is a developing story. Please check back. 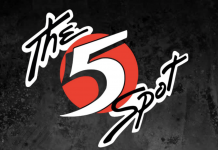 ABOUT US
Now more than ever, tough and fair journalism is important. The Tennessee Lookout is your watchdog, telling the stories of politics and policy that affect the people of the Volunteer State.
Contact us: in[email protected]
FOLLOW US
© Tennessee Lookout 2020
Adjust Font Size
MORE STORIES

Diocese of Nashville settles with victim who alleges 2017 sexual assault...