In new filings in federal court on Monday, eight Tennessee abortion clinics challenging a heartbeat abortion ban outlined the consequences on patients and asked for an immediate temporary restraining order or preliminary injunction to prevent the measure from ever taking effect.

The measure, one of the most restrictive abortion policies in the nation, was approved by the Tennessee Senate unexpectedly during the early hours of Friday morning, against the stated priorities of the Republican majority leadership during a session condensed by the pandemic and without the without the backing of Tennessee Right to Life, the state’s biggest anti-abortion group.

It has not yet been signed by Gov. Bill Lee, who has said he plans to do so.

“As soon as Governor Bill Lee signs the Bans into law, the Bans will immediately impose severe harms on Plaintiffs’ patients,” the filing said.

The measure, one of the most restrictive abortion policies in the nation, was approved by the Tennessee Senate unexpectedly during the early hours of Friday morning, against the stated priorities of the Republican majority leadership during a session condensed by the pandemic and without the without the backing of Tennessee Right to Life, the state’s biggest anti-abortion group.

The measure “will make it impossible for us to provide pre-viability abortion care to nearly all of our patients,” said Corinnne Rovetti, a family nurse practitioner and co-director of the Knoxville Center for Reproductive Health.

The clinic performs about 1,300 abortions each year, both surgical and medication-induced abortions, in addition to providing cancer screenings, treatment and testing for sexually transmitted infections, the filing said.

A small portion of women — 19% — have abortions prior to six weeks and six days from their last menstrual period. The clinic does not keep data on what percentage receive abortions on or before 6 weeks.

“If our patients are unable to receive care in Tennessee…they will have to either travel out of state to receive care, resort to self-help outside the medical system (potentially via unsafe means) or maintain the pregnancy against their wishes,” Rovetti said.

Choices Memphis provides abortions up to 16 weeks of pregnancy as well as provides prenatal care and a midwives practice.  In 2019, the clinic performed 2,651 abortions. Of those, 134 patients received an abortion prior to 6 weeks.

“The large majority of our patients would be completely barred from accessing abortion in Tennessee,” said Rebecca Terrell, executive director.

“It is not clear to us what it means to ‘know’ that an abortion is being sought ‘because of’ one of the prohibited reasons,” Terrell said. “For example, if we have a patient whose chart reflects a recent visit to a Maternal Fetal Medicine specialist — a physician who might diagnose fetal conditions like Down syndrome — is that enough ‘to know’ that a patient is terminating because of Down syndrome or the potential for it?”

In 2019, Planned Parenthood of Tennessee and Northern Mississippi, provided 4,742 abortions at two clinics in Memphis, one in Nashville and one in Knoxville. Most of those abortions — 4,651 — were performed at or after six weeks of pregnancy.

Carafem, which opened in Mount Juliet in 2019 to provide medication only abortions, was completely booked 48 hours after opening for the next 30 days, said Melissa Grant, chief operating officer. The clinic has since begun providing surgical abortions.

The Attorney General has not yet responded to the lawsuit, and District Judge William Campbell, Jr. has yet to rule on the emergency request.

The case is likely to remain in court for some time. A lawsuit challenging a required 48-hour wait time between receiving counseling and obtaining an abortion is still ongoing. June 25 will mark five years since the suit was first filed. 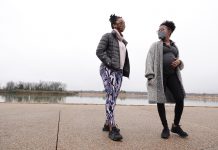