Katherine Diaz Garcia, 21, was seven years old when she first came to the U.S. from El Salvador and still remembers her home country and the violence her family left behind. Diaz Garcia later learned that her people weren’t to blame for the violence but that U.S. policy was largely responsible for funding the weapons that were decimating her home country.

When she was old enough to qualify for  DACA requirements, her family did all they could to support her despite the $495 required to file the paperwork, a burden for them.

When Diaz Garcia was in high school, she wasn’t shy about her legal status. She began asking teachers for help because she wanted to go to college to make a better life for herself and her family. She became involved in 2014 with campaigns to ask Tennessee officials to charge DACA recipients in-state tuition at public colleges. The hearing did not make it past the House, but as a 16-year-old at the time, Diaz Garcia still remembers the racist excuses she was told by representatives. She doesn’t remember names, but one representative from East Tennessee told Diaz Garcia she didn’t need to go to college, that God’s plan for her was to get married and have children.

Diaz Garcia is now a senior in Centre College, a private liberal arts college in Kentucky. She is thankful to have been guided by other DACA recipients because living as a DACA recipient means planning for every scenario. For instance, she had to consider careers that would allow her to practice in Tennessee, which ruled out becoming a doctor or a lawyer. She had to consider how to afford college out of pocket since DACA recipients aren’t eligible for federal aid. Some public schools were willing to help undocumented students with private funds, but it’s a rare occurrence or not largely advertised. Diaz Garcia was able to have 95% of her tuition covered but she still works to pay for housing and living since she has to travel to Kentucky. She said the college process would have been impossible without help.

For Diaz Garcia, the cost of college is being away from her family, but DACA recipients live with the constant fear of losing everything at the whim of government officials. If the legislation had been repealed, her time and efforts in college would have been for nothing.

DACA recipients risk the government knowing all about them and their family. If DACA was repealed, would the government come for her family? asked Diaz Garcia.

What is Deferred Action for Childhood Arrivals?

DACA, for short is a United States immigration policy that allows some individuals with unlawful presence in the United States after being brought to the country as children to receive a renewable two-year period of deferred action from deportation and become eligible for a work permit in the U.S. DACA does not provide a path to citizenship for recipients. To be eligible, recipients must be present in the United States unlawfully after being brought in as children before their 16th birthday and prior to June 2007, be currently in school, a high school graduate or be honorably discharged from the military, be under the age of 31 as of June 15, 2012, and not have been convicted of a felony, significant misdemeanor or three other misdemeanors, or otherwise pose a threat to national security.

Her younger sibling currently has no protections. He was too young to apply for DACA  and now the application is closed. The  Supreme Court hasn’t announced when it will reopen.

Vanessa Neria, 40, resents the stereotypes associated with undocumented parents and their DACA children.

Neria came to the U.S. from Mexico City in 2001 to escape an abusive relationship. She left her three-year-old son in the care of her mother and planned  to earn enough money to get her son  and move on with their lives.

By the time she returned to Mexico, she no longer recognized her son, now six-years-old. Neria decided to travel back to the U.S. with her young son. At the border she became separated from her son as she crossed by foot, and for one horrible moment she believed she might never see him again. Eventually they were reunited and Neria vowed never to leave the U.S. again to avoid a similar situation.

When her son became eligible for DACA, Neria encouraged him to apply for college and would often argue with her son about his aspirations. There came a sobering moment, she said, when her son gave his explanations for not seeking college. Why bother, he said, since there was always a chance that the minimal protections given to him by DACA could be taken away. Instead he had decided to put those efforts into working to support his younger siblings and help his single mother.

“It’s like a loan,” said Neria, who works for Workers Dignity, a Nashville-based organization that is dedicated to assisting low-wage workers.

She gets irritated when parents get blamed for bringing children and knows that some parents do feel guilty for bringing their children. But Neria’s son did not have the luxury to be a child: He helped care for his siblings while his mother worked two jobs, and he lived with the constant fear of the government taking everything away from them.

Her son encouraged Neria to become involved in hosting radio shows for Worker’s Dignity, where she’s been employed for three years.  Friday, when she received news DACA was upheld, she rejoiced. Her son has a chance now, said Neria. He can work, have a driver’s license and maybe someday become a citizen.

Diaz Garcia currently interns at Workers Dignity while helping care for her younger siblings and earning money to finish her degree in sociology and anthropology. She hopes someday attitudes toward undocumented families will change for the better.

“It doesn’t cost the government much to allow DACA people to become citizens,” said Diaz Garcia. 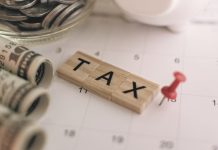 Tennessee: The faces of DACA