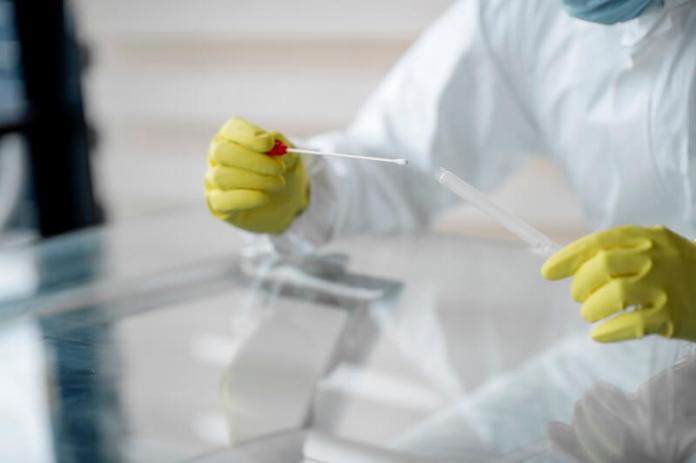 A coalition of Latino-serving organizations from across Tennessee is urging Gov. Bill Lee and local government leaders to take specific and immediate steps to address the increasing spread of COVID-19 among the state’s Hispanic residents.

In an open letter to Gov. Lee, 18 groups, among them the Catholic Diocese of Knoxville,  Tennessee Immigrant and Refugee Rights Coalition, La Paz Chattanooga and Latino Memphis, called growing infection rates a “state of emergency in Latino communities.”

“We need a robust plan and response from our elected leaders to curb the rate of infections and save lives,” the letter said. The letter went on to outline seven immediate steps necessary to address the crisis.

As of Wednesday, Latinos accounted for 35 percent of all COVID-19 positive individuals in Tennessee, a figure that excludes pending cases in which ethnicity is still being verified. Fewer than six percent of the state’s residents are Hispanic. In both Nashville and Knoxville, 1 in 3 of all positive cases are Latino. In the Chattanooga area, Latinos account for 68 percent of current cases in a county that is less than six percent Hispanic.

The outsized impact of the pandemic on Latinos has alarmed advocates, who have criticized state and city leaders for failing to deploy resources, education and aid, and in some cases failing to share or collect data that would provide a clearer measure of the crisis.

On Tuesday, the Hamilton County Department of Health announced that a girl under the age of 10, who was Hispanic and had no underlying health conditions, died from the disease, a tragedy that underscored for advocates the need for urgent action.

The coalition of Latino groups is asking for more Spanish-speaking community health and case managers.

The groups are asking for state and local governments to provide alternative housing, such as hotels, while people recover. Latino families often live in multigenerational households, making it difficult to self-isolate.

The state is less than six percent Hispanic. In both Nashville and Knoxville, 1 in 3 of all positive cases are Latino. In Chattanooga, Latinos account for 68 percent of current cases.

They are also asking public agencies to enter into more partnerships with immigrant-serving organizations, including Spanish language media, to promote targeted testing in well-known, central and accessible areas and for stronger state enforcement and oversight of health and safety protections at workplaces.

Because undocumented immigrants are ineligible for most state and federal COVID-19 aid, such as money set aside to feed children and economic stimulus dollars, the groups are also urging the state to provide addition sources of direct aid “to help families make ends meet without putting themselves or their communities at risk.”

The letter also asks state and local officials to clarify publicly to immigrants that getting tested or seeking out medical care won’t result in immigration enforcement measures being taken against them. A state policy, ended May 31 after public pushback, included providing names and addresses of any Tennessean who tested positive for COVID-19 to law enforcement agenices.

In response to questions from reporters on Tuesday, Gov. Bill Lee said his administration has “made a specific target toward the Hispanic population.”

Lee said that the state was running public service announcements in Hispanic media and trying other innovative ways to reach that community.

The department declined to provide a specific number of contact tracers who speak Spanish, saying the number of staff members doing the work constantly changes. All of the state’s 700 contact tracers, who perform the work of tracking down and contacting any individuals a positive patient has encountered and possibly infected, have access to Spanish language lines that offer interpretation services over the phone.

The department also recently finalized a contract with Medasource, which is recruiting both English and foreign language-speaking workers to aid in contract tracing, Walker said.

Advocates said they are frustrated by a lack of specific data to pinpoint specific neighborhoods or zip codes with large outbreaks among Latino residents.

Walker said this week that zip code level data has been provided to local public health officials. The state’s health department is working to add that information to its website, where it will be available more broadly, she said.

Lily Sanchez, communications coordinator for La Paz Chattanooga, said her nonprofit has since March offering relief services and financial aid to Latinos in the area impacted by twin crises: the pandemic, then a destructive tornado that tore through Latino residential neighborhoods on Easter Sunday.

Sanchez said she and her colleagues had been keeping a close watch on how the pandemic had, early on, disproportionately impacted Latino residents in other states before it infected so many Tennesseans.

“We kind of were just waiting for the pen to drop here,” she said. Latinos in Tennessee, like other states, tend to work essential jobs with little opportunity to work from home or social distance, she said.

Chattanooga and Hamilton County officials, however, appeared caught by surprise at the speed with which the virus infected large numbers of Latinos, she said.

“To them it was very shocking, and it was us who came to the table to say it was inevitable,” Sanchez said.