Immigrants and refugees comprised 67% of Nashville’s total COVID-19 positive cases in a one-month period ending in late June — the latest data point highlighting the disproportionate impact of the virus on Nashville’s Latino residents.

After repeated complaints by alarmed councilmembers and immigrant advocates, city health officials have begun the rollout of a community education, testing and enforcement blitz aimed at immigrant residents in the city’s biggest coronavirus hotspots

A four-page plan of action developed by Metro health officials lays out a plan to “address the inequities within these communities, and to fully engage them to help mitigate further spread of COVID-19.”

“Issues include a connection to the news in their home countries, where the public is often told COVID is not real or particularly dangerous; mistrust of government; and financial disincentives for being tested or disclosing test results to an employer,” the plan said.

The plan calls for a media and public relations strategy to provide education about the virus, dispel myths and encourage testing and social distancing — developing materials in at least 11 languages

From mid-April to mid-June, clusters of positive cases have loomed in three settings, according to health officials. They are: construction, commercial production/warehouses and long-term care/assisted living facilities.

“There is significant intersectionality between these first two settings and the immigrant and refugee populations,” the plan document said. “To date there is no confirmed transmission occurring among protest attendees, mass gatherings or to patrons of public facilities in Nashville-Davidson County.”

The plan calls for a media and public relations strategy to provide education about the virus, dispel myths and encourage testing and social distancing — developing materials in at least 11 languages, including Spanish, Levantine Arabic, Kurish, Ethiopian, Chinese, Somali, Egyptian Arabic, Korean, Burmese, Nepali and Karen, a language spoken in Burman and Thailand.

Working with community groups, churches and non-English-language newspapers, TV and radio, city officials hope to distribute signs and social media messages, as well as recruit community leaders to record their own video messages to share.

The city will also pay for ads in Latino media outlets to promote testing sites and health protocols and pitch news stories featuring individuals who have recovered from COVID-19.

Metro officials said that part of the challenge is combating misinformation about the virus.

Immigrant advocates and councilmembers for weeks have complained that the city’s main testing site locations and hours make it difficult for working people and people without transportation to obtain testing.

The city’s plan calls for deploying mobile testing teams to sites with identified clusters of positive cases until at least August 23.

This group will also provide hotel vouchers on an as-needed basis to people with COVID-19 who live in multi-generational or crowded homes where self-isolating is difficult.

Under the plan, officials will distribute masks and signs to businesses via roaming teams and create multiple pickup sites for PPEs, including Plaza Mariachi and a St. Thomas health clinic on Edmondson Pike.

The city plans to hire ten native Spanish speaking investigators to conduct contact tracing and to hire an unspecified number of community health workers to work at Siloam Health. 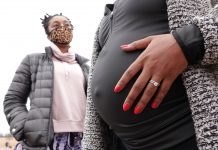