Prominent criminal defense attorney David Raybin is asking Tennessee Board of Parole Chairman Richard Montgomery for parole conditions for female inmates to be reevaluated due to the COVID-19 pandemic.

In a letter,  Raybin asked the Board of Parole to reevaluate the conditions that female prisoners have to complete before their release. Specifically at issue is Raybin’s client Elizabeth George, an inmate charged with sale of methamphetamine to a police informant, a non-violent offense.

George has since applied and graduated from the Building Entrepreneurs for Success in Tennessee program (BEST) — a four-phase program that teaches business and entrepreneurial skills to help individuals have a successful reentry into the community after incarceration — but has not been granted an early release as the program isn’t classified as a Therapeutic Community program (TCOM) required for release.

Raybin says George had been transferred from Tennessee’s Prison for Women (TPW) to a facility in Henning, Tennessee and was unable to participate in TCOM programs there due to limited bed space. She was then applied for the BEST program and was transferred back to Nashville to complete the program.

According to Raybin, this has been a long-standing issue in Tennessee’s prisons. TCOM programs may require about nine months to complete but have limited availability and transportation is needed to take inmates to program locations several hundred miles away.

Existing limitations have been recently compounded by the pandemic with transportation to TCOM programs being unavailable. The limited availability of the program and transportation means inmates eligible for parole could potentially remain in prison for months or years.

“Ms. George has used her time appropriately in participating in the BEST Program but now, like two dozen other female inmates, is awaiting yet another program which would last about 9 months. I am advised that Ms. George has 22 women ahead of her and three or four behind her waiting for a bus which may never come,” wrote Raybin.

COVID-19 has exacerbated prison conditions with unaffected inmates being forced to share cells with hundreds of inmates testing positive, according to the Nashville Public Radio. Several hundred inmates nationwide have died from the coronavirus. As the pandemic worsens with rising amounts of cases, Raybin believes the benefits outweigh the costs and asks the parole board to consider waiving the program requirements for inmates eligible for parole or at least reconsidering their case. There’s a need to accelerate the process, said Raybin, especially for inmates with nonviolent offenses, and COVID-19 has created dangerous conditions for prisoners.

“What I’m suggesting is that what they need to do is either revisit them again and say do they really need this program. Can I just go home? Because they may never get in the program. Why should they sit there?” said Raybin.

Prison officials have since conducted mass testing but Raybin believes more needs to be done to stop the spread of disease.

“Prison is like a cruise ship with barbed wire around it,” he said in regard to the high infection rates.

Raybin had previously brought the issue to the attention of the parole board in regards to male prisoners eligible for parole, but only recently became aware that women were affected as well.

“I never brought to the board’s attention the fact that two dozen in the women’s prison were in the same boat. I didn’t know that until a week or two ago when one of them contacted me,” said Raybin.

Other states have a “compassionate release” law which allows judges to intervene, but in Tennessee, prisoners eligible for parole are at the mercy of the parole board.

A spokesperson for the board of parole said the department is looking into Raybin’s concerns.

Communications Director Dustin Krugel said TCOM programs are intended to help offenders successfully transition back into the community and have been identified as required for the offender to lead a law-abiding life on parole. The board uses many tools, said Krugel, to recommend programming, including a risks-and-needs assessment which is then administered by TDOC.

“Since the start of the COVID-19 pandemic, the board of parole has taken every available measure to continue to hold hearings and protect the safety, health and welfare of the offender population and the safety of the public in the face of this crisis,” said Krugel. “We are working with the governor’s office, Tennessee Department of Correction (TDOC) and county jails across the state to safely release offenders where possible.”

“Our primary goal remains protecting the public by safely releasing parole-eligible offenders back into the community,” Krugel said. “It would be a disservice to the hard working, law abiding citizens of this state to react in a way that jeopardizes or compromises their ability to live without fear of being further victimized.” 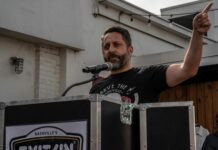