As the August 6 primary election nears, a fascinating Democratic primary race has drawn attention as high-profile contenders compete for State House of Representatives in Memphis’s District 97.

Creasy and Salinas are top contenders in the race, and both came close to winning their previous elections against their Republican counterparts.

Creasy was born and raised in Shelby County and earned a degree in history from the University of Memphis in 2004. For many years he worked as a bartender, eventually being voted ‘Best Bartender’ by the Memphis Flyer. He decided to enter politics and ran for District 97 in 2018  losing in the general election against Coley by only 9.8%, or 2,223 votes.

Then, Creasy ran his own campaign and  supported Salinas’s campaign for State Senate by knocking on thousands of doors to garner support for her and contributing $1,000 for a joint mailer with Salinas.

“To be completely honest, with respect to Clifford Stockton III and Ruby Powell-Dennis, I do consider Gabby a friend,” said Creasy.

Creasy runs his campaign on making himself accessible to the people, which he believes is lacking in government today – and it’s what makes him stand out from other candidates, he said.

He supports expansion of Medicare and Medicaid. He is an advocate of LGBTQ and reproductive rights and equitable public education. Creasy is against predatory lending and believes law enforcement would focus on violent crimes and not minor drug offences.

Creasy has received over $27,000 in contributions, with his biggest contributor ($5,500) being Future 901, a group that supports progressive leaders in West Tennessee.

Salinas came  to Memphis at age seven from Bolivia with her family to be treated for Ewing sarcoma, a pediatric bone cancer. While receiving treatment at St. Jude Children’s Research Hospital, Salinas’ family was in a car accident that killed  her father and younger sister and left her mother paralyzed.

Her surviving family was granted citizenship in 2001 through a bill sponsored by U.S. Sen. Fred Thompson and signed into law by then-President Bill Clinton. Salinas later graduated from Christian Brothers University, earned a Bachelor of Science in biochemistry and joined St. Jude’s department of chemical biology and therapeutics. A three-time childhood cancer survivor,  she refers to her time at the hospital as the  inspiration for becoming a scientist.

In 2018 Salinas ran for State Senate District 31 against incumbent Brian Kelsey and lost by only 1.8%.

Salinas said that as  a 23-year resident of the district, she is uniquely qualified and dedicated to take on the challenge of healthcare from either chamber.

“I am driven by the issues, I’m running for our community, to bring our values to the Tennessee legislature. Over the last two years, it has been hard to watch more hospitals close, people lose their healthcare, cuts to public education and unemployment numbers skyrocket,” said Salinas.

“Our community is in desperate need of someone that is willing to fight for their best interest.”

Salinas supports expanding Medicare and Medicaid, which stems from her own experience: It’s  hard to access health insurance due to her childhood cancer being a pre-existing condition.

Salinas has received over $32,000 from this year’s campaign, with over $55,000 total in campaign contributions. Her biggest contributors consist of $2,800 from Marlo Thomas, an actress and producer whose father, the actor and comic Danny Thomas, founded St. Jude; $2,000 from Tony Thomas, a television and film producer; and $3,000 from Teamsters Local 667, a union representing service workers.

Powell-Dennis served as a Memphis community outreach director for the Junior League of Memphis, a member of the board of directors at Leadership Preparatory Charter School and a Census 2020 Complete Count subcommittee member. The Memphis Business Journal listed Powell-Dennis as a member of their 2018 Under 40 class.

Her platform is largely focused on issues important to families, including expansion of  healthcare for children and families, increasing investments for business developments and fighting  Education Spending Accounts, a Gov. Bill Lee-backed program that provides public funds for families that choose to enroll their children in private schools.

Powell-Dennis chose not to compare herself to the other candidates and focuses her campaign on her political issues.

A Memphis native, Stockton is a former teacher and instructional/leadership coach. He graduated from Butler University in Indianapolis and served as a program director for school and community outreach strategies to immerse local schools in literacy-based programming. His grandfather was Clifford Stockton Sr., a Memphis business leader who died in 2015.

When it comes to his campaign, Stockton presents himself as an outside choice.

“The first key difference is that I’m not a politician. I’m an educator and I’m a father. I have [children] who attend schools in District 97 and we are focusing on elevating the voices of community members,” said Stockton.

Stockton is against school vouchers and supports additional funding for public schools. He believes overcrowding in the prison system is caused by giving mandatory sentences that offer little chance of rehabilitation to low-level offenders. Other issues include supporting livable wages and affordable healthcare.

“This campaign is about the district neighbors that I have that live in District 97 who are focused on kitchen table issues, and we’re elevating those kitchen table issues and bringing those voices to Nashville,” said Stockton, whose main focus is rebuilding the economy, healthcare and education. 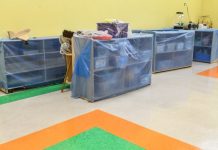 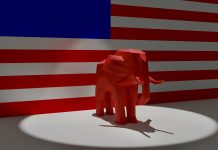 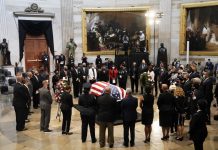 Get in ‘good trouble’: John Lewis’ words ring out in Capitol...