On June 25, the Tennessee Supreme Court’s Access to Justice Commission announced a new initiative to address racial bias in the state’s legal system. The initiative was launched in response to the wave of racial justice protests. If AJC is committed to addressing racial justice, it can start  with capital punishment and the ongoing legal dispute over Abu-Ali Abdur’Rahman’s (formerly known as James Jones) death penalty conviction.

Abdur’Rahman was sent to death row in 1987. But in September 2019, based on racial bias, prosecutorial misconduct and an ineffective defense counsel, the Nashville District Attorney Glenn Funk, Abdur’Rahman’s attorneys and Davidson County Criminal Judge Monte Watkins entered a post-conviction settlement agreement. In the settlement, Abdur’Rahman gave up any right to appeal or challenge his sentence in exchange for not being executed. A life sentence is considered a victory for Abdur’Rahman considering that he was set to be executed on April 16.

Yet, Abdur’Rahman’s departure from death row may never come if Tennessee Attorney General Herbert Slatery has his way. Stating that the agreement “lacks any legal justification,” the attorney general immediately appealed the order. On June 9, a state appellate court heard arguments from Slatery and Abdur’Rahman’s attorneys to determine if he will remain on death row.

There is no disagreement about Abdur’Rahman’s involvement in the crime that led to the stabbings of two people, one of whom died. What is doubtful is whether he did the actual stabbings, which is the principal reason he was given the death penalty instead of a long-term prison sentence.

Abdur’Rahman has no recollection of the killing because he blacked out during the incident. Medical professionals have linked his history of blackouts to PTSD and a dissociative disorder brought on by severe childhood abuse and trauma. The eye-ball witness to the stabbings was Abdur’Rahman’s co-defendant, who may have provided false testimony. His co-defendant was given a six-year sentence as part of a plea agreement.

A review of the jury trial transcripts reveals a troubling pattern of prosecutorial misconduct and racial bias. Forensic analyses from the Tennessee Bureau of Investigation (later confirmed by an external analysis from the Georgia Chief Medical Examiner) indicated that, if Abdur’Rahman had stabbed the victims, blood stains would have been on his clothes. However, no such evidence was found.

Even still, the prosecuting attorney John Zimmermann withheld the TBI report from Abdur’Rahman’s trial attorney. The prosecutor then falsely accused Abdur’Rahman of wanting to take over the Nashville drug trade. At the trial, he directly referenced the dark “gangster coat” allegedly worn by Abdur’Rahman during the crime. This was a dog-whistling tactic probably intended to provoke negative views about Black criminality among the White jurors.

The exclusion of Black jurors by Zimmermann was another glaring problem in the case. Prosecutors are prohibited from using overt discrimination to reject prospective jurors because of their race. Instead, explanations that intersect with race such as ZIP code, education, socioeconomic status and interactions with incarcerated persons are used to exclude Blacks from juries.

Zimmermann has a troubled history of using these tactics to stack and whiten juries. Recently, in a state-wide conference of prosecutors, Zimmermann explicitly advocated the use of race in jury selection, making such racist comments as “All Blacks hate Mexicans.” In Abdur’Rahman’s case, he excluded Blacks from the jury pool by challenging their “intelligence” and academic qualifications.

Several prominent judges such as Todd Campbell of the U.S. District Court of Middle Tennessee and R. Guy Cole Jr. of the U.S. Court of Appeals for the 6th Circuit condemned the prosecutorial misconduct and errors in Abdur’Rahman’s trial. A.A. Birch Jr., Nashville’s most prominent Black jurist at the time, stated that it is “plainly unconscionable” to execute Abdur’Rahman considering the errors in the case and his ineffective defense.

Abdur’Rahman’s case underscores the error-prone procedures inherent in death penalty trials. A National Academy of Sciences study found that at least 4.1% of people on death row from 1973–2004 were falsely or wrongfully convicted. If this estimate holds true, then 62 of the 1,512 people executed from 1976 to Jan. 1, 2020, should have been exonerated of the crime.

When presented with the choice of supporting an alternative sentence such as life without parole, whites were still more likely than non-whites to back the death penalty as the punishment.

Racial bias is the most important factor shaping the politics of capital punishment. Blacks are 17% of Tennessee’s population but comprise 50% of the death row population—a trend that mirrors nine of 10 Southern states. Though the last seven people executed in the state were white, the death penalty’s survival depends upon support from the white electorate.

In “Losing Power: African Americans and Racial Polarization in Tennessee Politics,” my co-author (Ray Block) and I reviewed state polling data of the death penalty. We found greater support for capital punishment among whites than non-whites over a seven-year span. When presented with the choice of supporting an alternative sentence such as life without parole, whites were still more likely than non-whites to back the death penalty as the punishment.

The AJC’s new racial justice initiative has promise, but only if the group has the courage to address systemic racism. Racialized policing, prosecutorial misconduct, tainted jury pools, wrongful convictions, harsh sentencing laws and racially conservative attitudes produce a consortium of injustice that determines who lives and dies. For people such as Abdur’Rahman who come from the most adverse backgrounds, there is no just mercy for them. They carry the weight of a criminal justice system that is systemically fixated on punishment.

As a good-faith measure, the AJC must support the consent order that cancels Abdur’Rahman’s death sentence. An equally courageous move would be to call for a moratorium on the death penalty given the multifaceted ways racism informs the practice. 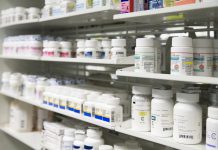 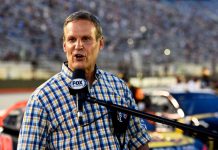 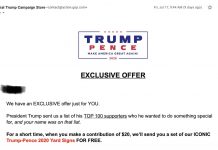