When I was growing up in Franklin, there was this guy, a few years older than me, who I sure looked up to.

His name was Bill.

He was a paragon: Smart. Nice-looking. Excelled at everything he put his hand to. In 4-H, he and his siblings dominated every project in which they competed, from electric to cattle. Livestock is the queen of 4-H and city kids like me, whose projects were entomology — “Know your common garden pests!” — played second fiddle to the farm kids like Bill.

He was salutatorian of his high school class, voted “Most Outstanding Boy,” and he graduated and went off to study engineering at a nice SEC school.

Now, of course, he’s not just ‘Bill.’ He’s Gov. Lee. And my old role model has been a gross disappointment.

Not because he and I differ ideologically on most things, as we do. When he was elected, I told worried friends: He’s a good and decent person. I think he will do the right thing.

More than 18 months into his tenure and I’ll argue he hasn’t done much of anything, and when he does make a decision, it’s typically the worst possible choice.

At no time has that been more clear than the last few months. His handling of all things pandemic has been abysmal and this week has been stupefying even to those of us who are used to scrutinizing elected officials.

Other Southern states with conservative governors, including Alabama and Mississippi, have simply distributed electronic cards directly to families who qualify. Not Tennessee.

And that’s just this week. I haven’t even listed all his other poor decisions that have led to court cases and corresponding expenditures of taxpayer money.

These decisions beg the question of whose welfare Bill Lee is concerned about. This is not only a lack of leadership at the executive level, it’s no leadership at all.

I recently reminisced with a friend who graduated with Lee in the Franklin High Class of 1977. She spoke of seeing Lee last at a 2017 class reunion, when the former Most Outstanding Boy talked of his gubernatorial campaign and she, like others, looked upon him with pride and anticipation.

“I keep thinking, I hope people realize Bill played us all at the class reunion when he announced his run,” she says now.

Gov. Lee played a whole bunch of people. I’m no fan of Gov. Lee, but I sure miss that guy Bill I used to admire. 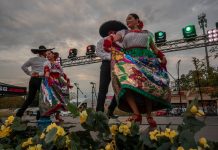 In the meantime, companies lured with cash incentives have failed to live up to their promises. https://t.co/rdJrGNs0QU

While @GovBillLee says the state is "reviewing" its policy on doing business with Chinese companies, Tennessee is still actively recruiting them. https://t.co/YAzKGG2d3x