A prominent East Nashville developer is in litigation with the Metro Water Department over who should pay for infrastructure repairs to the pipes in the public right-of-way.

At face value, it’s a small dollar lawsuit by Metro standards. McGavock Pike Partners, led by Dan Heller and March Egerton, sued Metro in February for $74,641 over a dispute about repairs to a water line used for fire suppression at the company’s 900 Main Street development in East Nashville.

The lawsuit has been languishing in delays because of the COVID-19 pandemic. But, Heller argues more is at stake than the repair bill for his single project. He says Metro has been charging private property owners for such repairs in direct contradiction to its own ordinance addressing the issue.

If McGavock Pike Partners win the lawsuit, Metro could be on the hook for hundreds of thousands of dollars annually.

At issue is a city ordinance that specifies water infrastructure repairs in the right-of-way should be paid by the city. The ordinance specifically states that it does not apply to water lines for fire suppression. But there’s no corresponding ordinance that addresses who should pay for fire line repairs, and according to the developers, there’s no other kind of infrastructure in the public right-of-way that private property owners are required to fund.

The developers say it doesn’t make sense for Metro to pay for repairs for every other infrastructure repair in the right-of-way, but not fire suppression lines, and they argue the city’s policy is not clearly spelled out in the code.

“So if Metro needs to change the rules, they should change the rules to ensure everyone is treated the same and there’s no ambiguity,” Egerton said. “Folks investing in our city should have the clearest picture possible of who’s responsible for what, and not this “make it up as you go” situation.”

Heller and Egerton are among the most active developers in East Nashville. In addition to the 900 Main Street project, they developed the Woodland Street property that houses WeWork, Edley’s Bar-B-Que and Butcher and Bee.

Egerton has also Walden, a 20 unit residential project with tenants including Two Ten Jack, Ugly Mugs coffee and Five Daughters. Heller was at the forefront of commercial development in East Nashville, having revitalized buildings in Riverside Village and developing other projects that made way for PHarmacy, Dose, Lou Nashville and Village Pub.

According to the McGavock Pike Partners’ lawsuit, their contractor discovered the need to repair the fire line in the right-of-way connecting to the 900 Main Street project last year. The bill came in just over $74,000 and when the developers discussed the issue with the water department, they were told that Metro’s policy is to charge developers to pay for private fire suppression line repairs in the right-of-way.

After investigating the matter, Heller said he discovered the existing ordinance doesn’t mention fire suppression lines and all other types of infrastructure are explicitly listed as the city’s responsibility.

If McGavock Pike Partners win the lawsuit against Metro Water Services, Nashville could be on the hook for hundreds of thousands of dollars annually.

Heller said Metro is making up the policy without a clearly stated law to guide developers how to navigate the situation. Heller said he suspects, but doesn’t know for sure, that other developers are in the same boat.

“We’re fine following the rules and have no problem working within a written set of standards,” Heller said. “The issue here is, it’s a couple guys just saying, ‘You gotta pay it.’ Metro’s own guidelines show they’re responsible for everything in the public right-of-way, yet they forced us to pay for the repairs anyhow.

“Without saying a word to us, they shut off the sprinkler line to our building and all the businesses there. Can you imagine? Thank god we didn’t have a fire. We really didn’t have a choice but to pay it.”

In its response to the lawsuit, Metro denied the developers’ claims about how fire service line repairs are handled.

“The property owner is obligated to make the repairs since a fire service line is (considered) private by Metro Code,” the city argued in its response to the original claim.

Metro filed a counterclaim for just over $3,000 for repairs it says were necessary as a result of damage done by the developers’ contractors.

This isn’t the first time Heller has taken on Metro over fees the water department charges developers. In 2009, Heller raised the issue of connection fees charged to small businesses, including a bill for more than $40,000 charged to the developers of Wild Wasabi Sushi on 10th Avenue South.

Under then-Mayor Karl Dean, the city changed its policy and lowered the connection fees by 75 percent as part of a broader water rate increase and new stormwater fee passed in 2010. 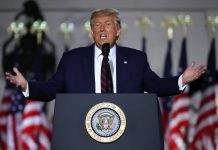