Hundreds of marchers in birthplace of Klan

The sumner’s Black Lives Matter protests and marches calling for an end to police brutality have extended past Tennessee’s large cities to small communities in rural areas.

Saturday, Pulaski joined the roster of towns to hold what organizers termed an “Equality March,” an event particularly fitting to some participants: The county seat of Giles County, Pulaski is the birthplace of the Ku Klux Klan.  During the 1980’s, residents and business owners became so disgusted with Klan activities and rallies businesses began to close on rally days, ignoring the Klansmen.  White nationalist events have continued to be held in Pulaski.

Keirdron Turner, organizer of Saturday’s event said the city had a “great moment” in the 1980s but failed to capitalize and turn the energy into a movement.

Saturday’s event was marked by speeches in front of the Giles County Courthouse in downtown Pulaski, followed by a march through town to Giles County High School and Sam Davis Stadium, the latter named for Sam Davis, a Confederate spy who was imprisoned and subsequently hanged in Pulaski in 1863. A statue of Davis, known as the Boy Hero of the Confederacy, has stood on the grounds of the Tennessee State Capitol since 1909.

Turner has launched a petition drive to change the name of the high school stadium.

Local photographer Jaymi Ray shared her work from the event. 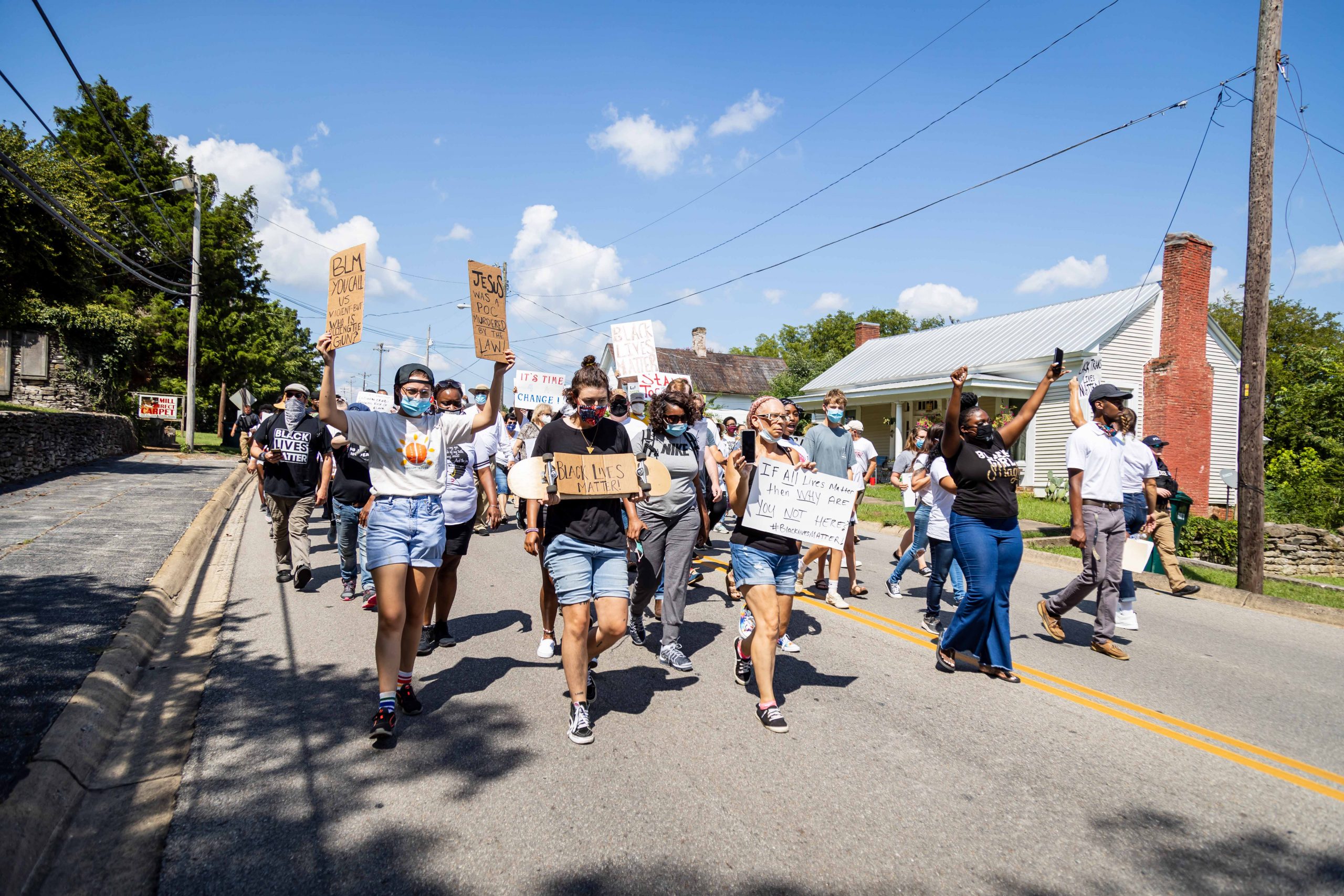 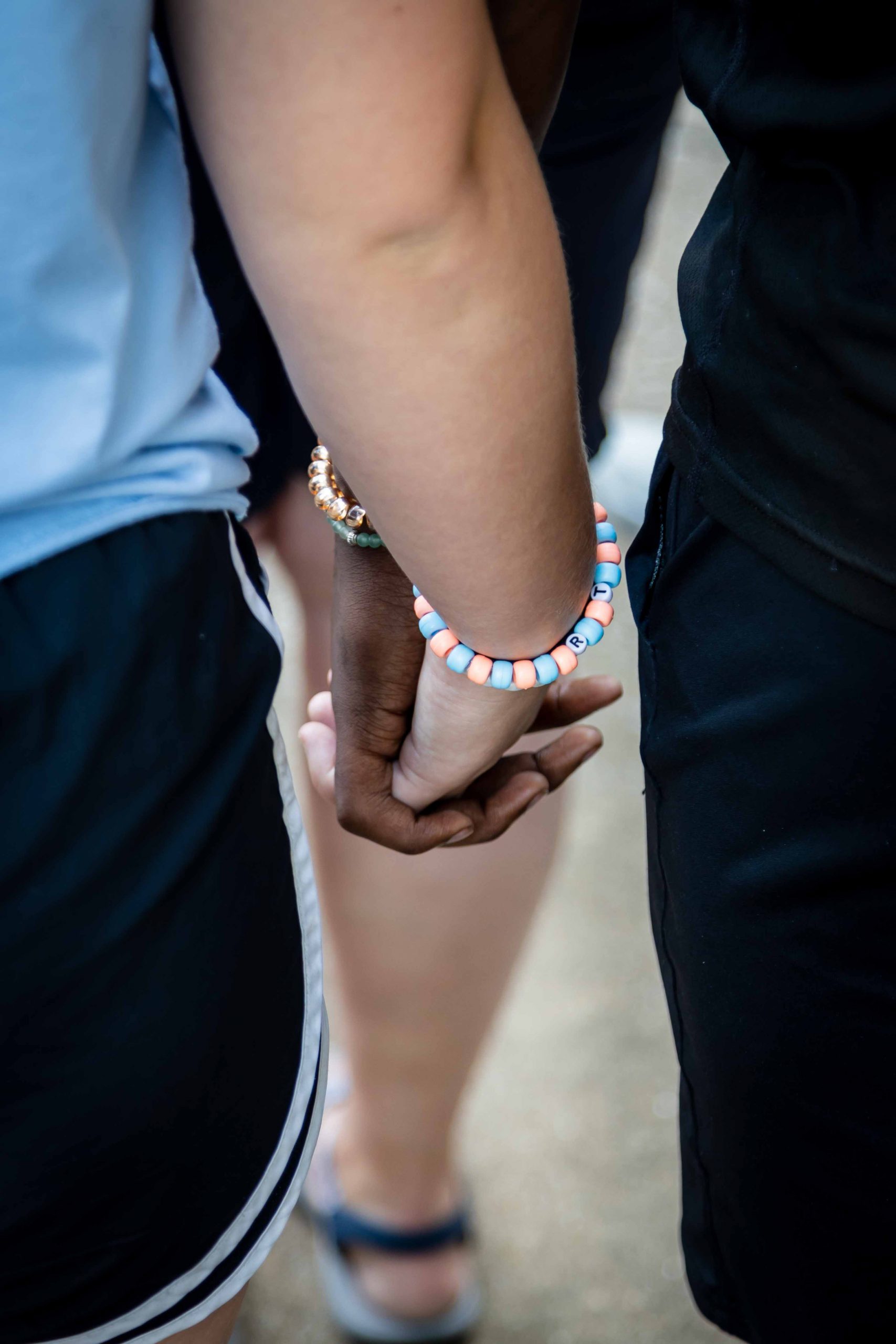 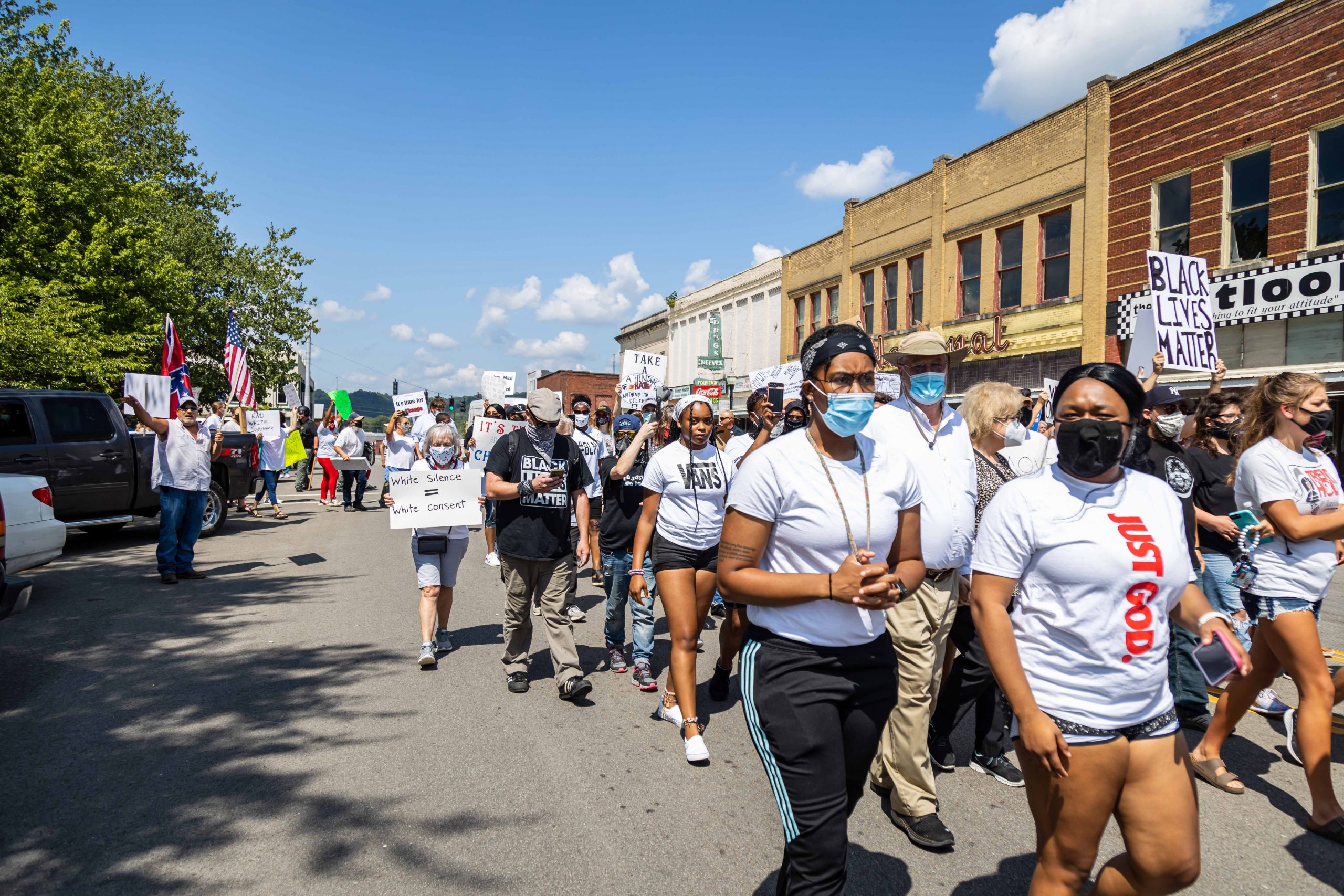 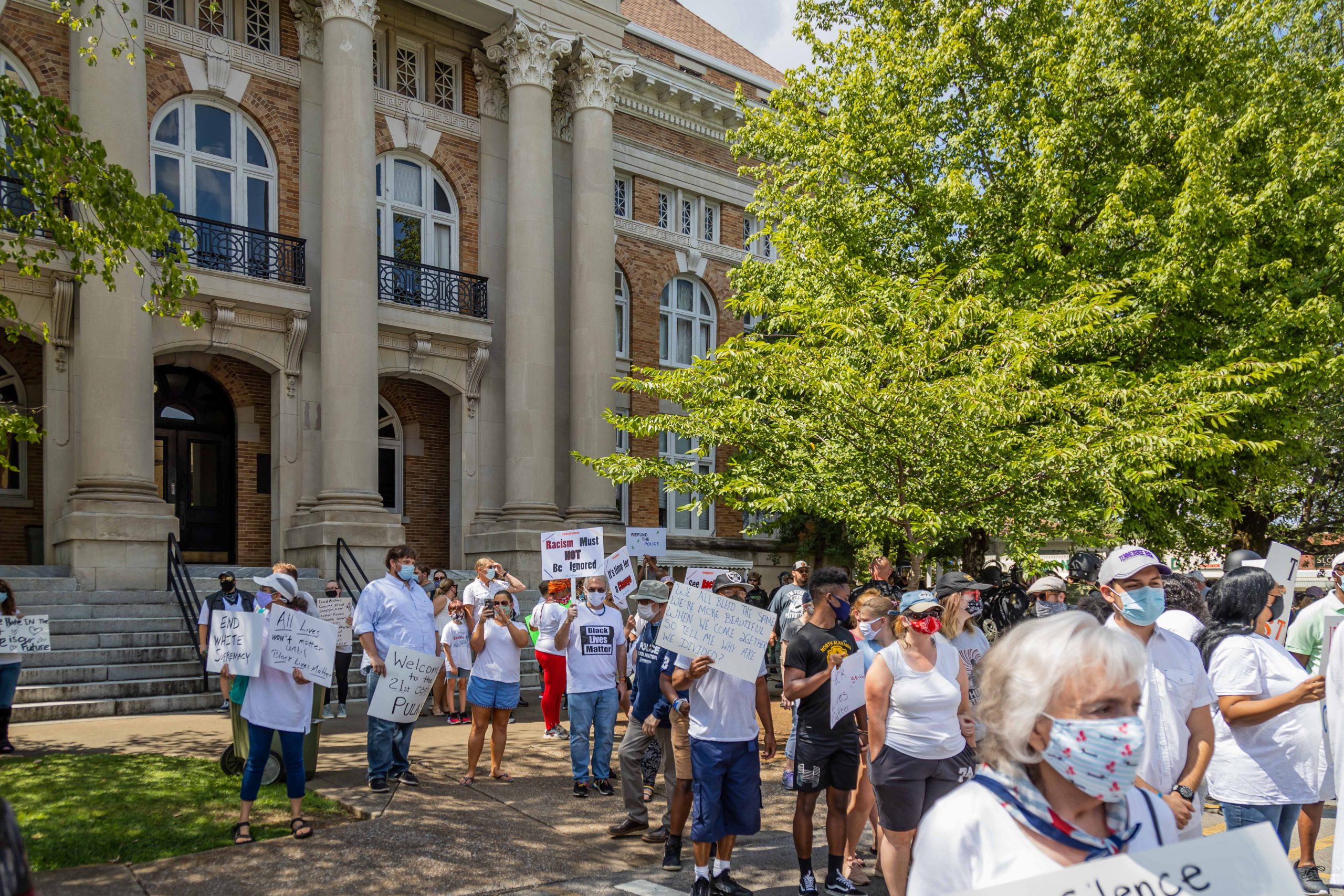 A portion of the crowd outside the Giles County Courthouse. (Photo: Jaymi Ray) 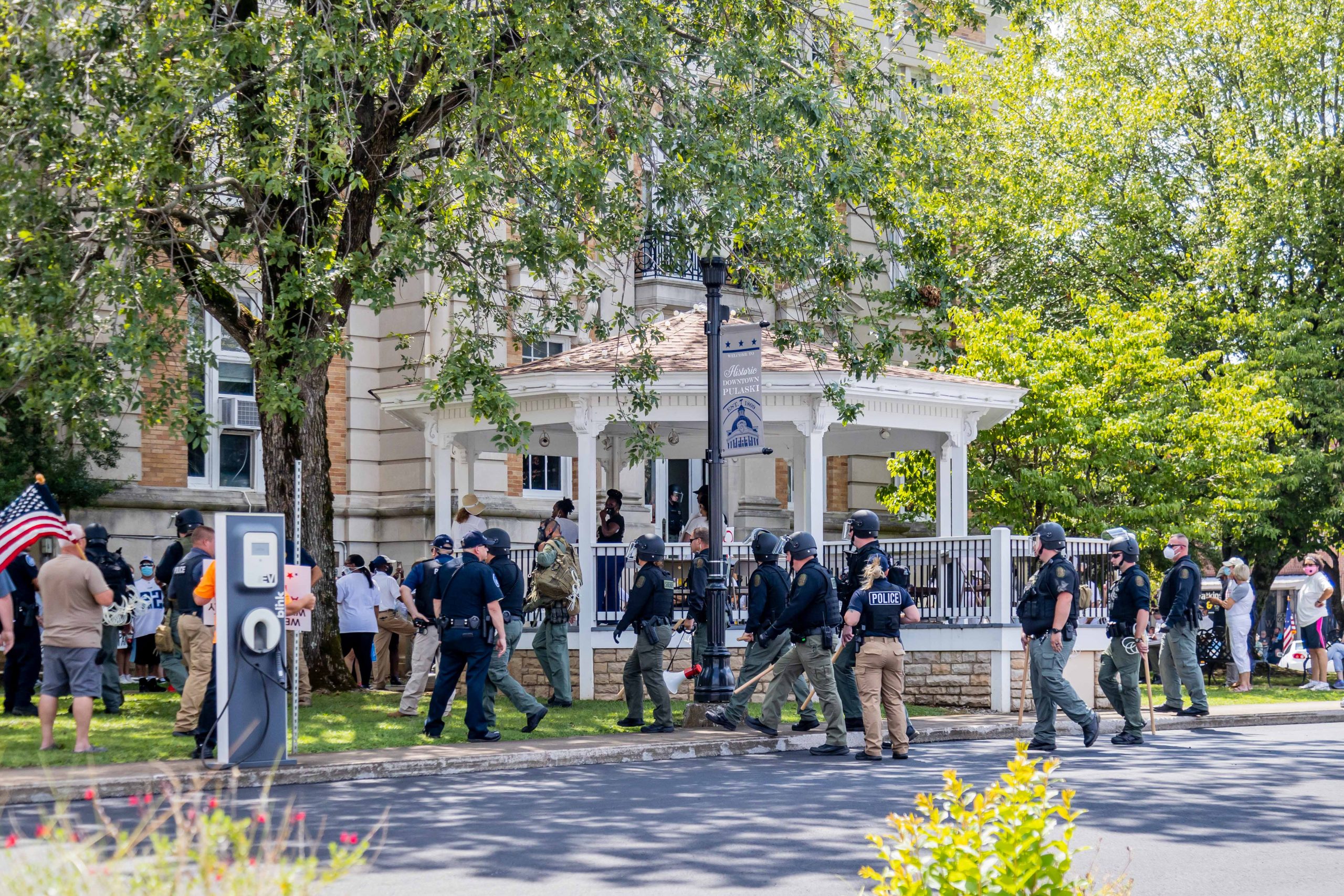 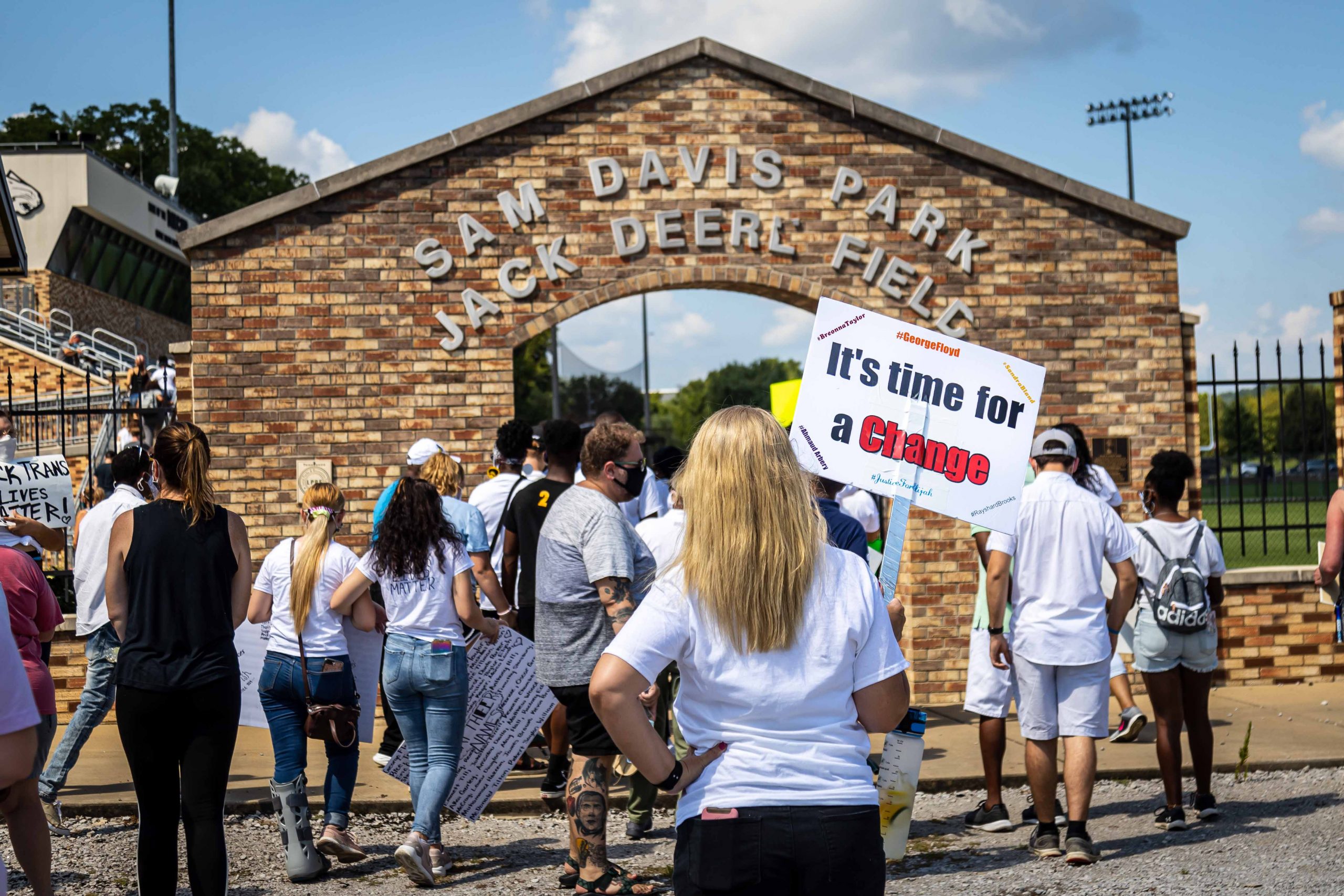