Beth Brown, president of the Tennessee Education Association, has been fielding increasingly anxious calls from teacher-members, some who learned last week their school districts had adopted a policy requiring employees potentially exposed to coronavirus to report to work instead of isolating at home.

In at least six districts across Tennessee, educators have been told they must show up to school even if they have been exposed to, or live with, someone who is positive for COVID-19.

The policies run contrary to repeated messaging from public health officials, including the state’s chief public health officer, who has urged Tennesseans to quarantine for 14 days following exposure in order to limit the risk for spreading the virus.

“It’s 14 days, and that’s because the incubation period of that virus, it likely will show up much sooner than that, but in some people it could take the entire 14 days,” Dr. Lisa Piercey, commissioner of the Tennessee Department of Public Health, said earlier this month.

Largely left to formulate their own plans to restart school, Tennessee’s 137 public school districts, and the elected local boards that govern them, have come up with their own quarantine policies for employees responsible for providing education to nearly 1 million schoolchildren.

In at least five counties — Greene, Sullivan, Maury, Hawkins and Bradley — those policies bar teachers from following the public health guidance from state and local officials. In Lincoln County, an administrator “who is needing to be at work (can) isolate at work in their office if they needed to or could not work from home,” according to Bill Heath, director of schools.

“We know, one, this virus is not contained,” she said. “We know, two, active case rates are such that it is impossible to avoid. The idea that any district would allow a policy that would require anyone exposed to work is a problem.”

Under COVID-19 guidelines spelled out by the Centers for Disease Control and Prevention, “critical infrastructure workers may be permitted to continue work following exposure to COVID-19, provided they remain asymptomatic and additional precautions are implemented to protect them and the community.”

A potential exposure means living in the same household or having close contact — within 6 feet — of someone with suspected or confirmed COVID-19 within 48 hours of the sick individual developing symptoms or testing positive.

The CDC guidelines specify that educators, along with emergency responders, judges, poll workers, certain manufacturing employees and others can be designated “critical infrastructure workers,”

“Critical infrastructure is imperative during the response to the COVID-19 emergency for both public health and safety as well as community well-being,” the guidelines say.

An at-times emotional school board meeting last week in Sullivan County reflected the competing tensions school officials are contending with in deciding how and when to reopen, and to keep schools fully staffed. The district laid out plans last month to reopen under a hybrid, part in-person, part remote, learning model August 24.

Ashley Cross, whose two children are in eighth grade and fifth grade, pleaded with school officials to reopen schools full time. Cross told them she was an essential worker and that her efforts earlier this year to help her children with virtual school in addition to her job had made her a “nervous wreck.”

Some teachers argued that even a hybrid model wasn’t safe for children or teachers.

“Our community is sick of and sick with the virus,” said Jeremy McLaughlin, a Sullivan Central High School science teacher. “By the measures you adopted, it’s not safe to bring students back into the building.”

The district ultimately decided to go forward with its hybrid schooling plans. While teachers will be designated critical infrastructure workers and must report to work if they have been exposed to someone who is sick, guidance from the Sullivan County Public Health Department for other county residents says they “must be quarantined for 14 days” from the time a household member has recovered from COVID and shown no symptoms. For non-household contact, “you should stay home for 14 days after your last contact with the person with COVID-19.”

Clarification: Lincoln County, which adopted critical infrastructure rules, applies them to administrators only, according to its director of schools. An earlier version of this story said Lincoln County applied these rules to teachers. 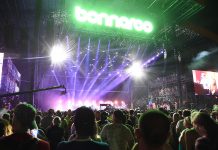 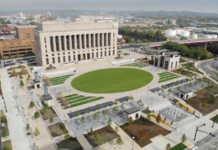