Every ordinance the Metro Council passes, and the Mayor signs, ends with the declaration “the welfare of Metropolitan Government of Nashville and Davidson County requiring it.” Welfare is such a purposeful word. It is not the same as health or safety. Welfare describes a more complete condition of well-being and on it rests not just the Metro Government’s legitimacy but its very existence.

When I left office in 2015, after nine years in office serving with two different mayors, I never imagined that one day the Metro Government would abandon its responsibility to the welfare of its people, most especially children and young adults, through abdication of one of its most sacred duties: the proper education of its children.

Last week, the Mayor’s office indicated that Metro Schools would not even begin to return to the classroom until October 9, citing the COVID-19 outbreak. Student athletics would also continue to be suspended. High schools are rumored to be closed until January.

This extraordinary renunciation of an obligation to which we dedicate about $1 billion a year would be one thing if the medical and scientific community saw no way to balance the dangers of classroom learning against the social, emotional and academic risks of barring children from schoolhouses. Quite the opposite is true. The American Academy of Pediatrics “strongly advocates that all policy considerations for the coming school year should start with a goal of having students physically present in school.”

The families most able to manage disruption due to economic and social circumstances are the least impacted by the Mayor’s decision to not return in person to school.

The AAP acknowledges in their guidance that attending school in a classroom is necessary for the social, emotional and economic well being of a community; its welfare, if you will. It should come as no surprise then that fentanyl overdoses in Davidson County are expected to make a ten year high in 2020, 650 deaths versus 498 last year. Child abuse reports are down almost 30% but most pediatricians and social workers are certain horrible acts are still being perpetuated.

The AAP also acknowledges that at times the spread of a virus will make in-person instruction undesirable, a very reasonable conclusion. The AAP has not and cannot state what virus spread would justify closing schools. Every jurisdiction is different. You would anticipate that Nashville’s infection rate vastly exceeds that of surrounding counties.

Driving the rough nail of injustice deeper is the decision by independent schools to return to both sports and the classroom. The school both my sons and Mayor John Cooper’s attended, Montgomery Bell Academy, has resumed sports and classroom teaching. The families most able to manage disruption due to economic and social circumstances are the least impacted by the Mayor’s decision.

The human costs are incalculable and irretrievable and it is time we put an end to a public health response that fails to acknowledge it. 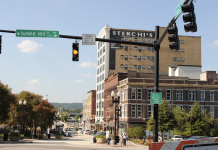 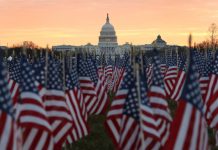