After the unexpected death of District 4 school board member Anna Shepherd, Berthena Nabaa-McKinney found herself in a difficult position.

She recalled Shepherd as a wonderful person and was in the middle of processing Shepherd’s death when she was asked about stepping into the vacancy on the school board.

Nabaa-McKinney didn’t think about the fact that she would be the first Muslim woman to hold a seat on the school board or the second Muslim woman to hold public office in the state. She thought about what was the right decision and about how Shepherd’s family needed the appropriate time to grieve.

Throughout her career in education as a chemistry teacher and a principal, she had hoped that one day, she could serve her community on the school board but never imagined it would be under these circumstances. She knew others had jumped into the race, but she hesitated.

But after receiving support and urging from her community, Nabaa-McKinney entered her name for consideration. On July 21, Metro Council voted to seat her as a member of the Metro Nashville Schools Board.

I tend to not get involved in partisan politics and more so in relation to families and working with families to find the best solutions for their kids.   – Berthena Nabaa-McKinney-McKinney

Nabaa-McKinney began her career in early education as a chemistry teacher, a typically unpopular subject with students.

“Chemistry is one of those things that you either love it or hate it,” said Nabaa-McKinney, who aspired at one time  to be a doctor.

As an educator, she learned firsthand how important good teachers are and how little they get paid. Teaching chemistry at Antioch High School was a humbling experience but she enjoyed making the extra effort to teach her students a difficult subject and watching their eyes brighten when they finally understood.

“You have to take it personally and with passion, making the connections and going out of my way to make sure they’re getting it,” recalls Nabaa-McKinney.

She often takes a moment to remember her students, and those moments have solidified in her mind when those same students would return to her years later, some with children of their own, to thank her for making chemistry so memorable. Those moments were her favorite memories in teaching.

As Freshman Academy Lead, she helped open Cane Ridge High School and later became principal of a private school. She learned about how children learn at different levels and how school policies affected children, parents and teachers.

After becoming a mother, she learned about the necessity in turning off ‘teacher mode’ and going back into ‘parent mode’ and to not hold her children to the same standards as her students. When asked if teaching helped her become more patient as a parent, she sighed and let out an elongated “sure,” but adding that she “wouldn’t trade it for the world on either end.”

“I think I just have a really unique perspective in kind of being in all of those roles. I’ve been a school principal, I’ve been a teacher, I’ve been a parent,” spoke Nabaa-McKinney on her career.

Since she became a school board member, Nabaa-McKinney has been initiated into public life through a storm of meetings.. She’s taken the time to speak to members of the community, teachers, parents and students to fully understand their needs.

She keeps in mind that she stepped into a temporary position and will have to campaign to keep her spot in November. She plans to do as much as possible before then, such as making sure school funds are distributed in equitable ways. She wants to improve teacher retention and pay teachers what they’re worth because “children don’t learn from people they don’t like.” She wants to help guide children through the difficult times of uprisings and pandemics through social and emotional learning.

“We’ve been through so much. [Because of] ]uprisings and the pandemic, social-emotional learning is critical,” said Nabaa-McKinney.

She has to navigate her own life as well. Her older children are back in college and doing remote learning. Her mother will be turning 80 soon and is vulnerable to COVID-19.

But Nabaa-McKinney is hopeful. In her 20 years living in the area, she’s seen firsthand the growth and changing demographics that helped her get elected. Fortunately for her, education is nonpartisan.

“I tend to not get involved in partisan politics and more so in relation to families and working with families to find the best solutions for their kids,” said Nabaa-McKinney.

All that matters is that she’s a bigger supporter of public education. She and her family graduated from public school.

“When it comes to politics, I’m green. I’m as green as they get,” she said, chuckling.

The district has slowly evolved, according to Metro Councilmember Jeff Syracuse. The families who built Donelson never left and helped create strong neighborhoods and well-kept homes. There was a natural, generational change instead of the hyper-gentrification seen in other areas of the town.

In 2009, the “Downtown Donelson” Urban Design Overlay was implemented to plan for growth in a sustainable way, including a walkable, civic-oriented town center centered around Donelson Station, the first commuter rail stop outside downtown.

“In terms of diversity, I don’t think the needle has moved much as we are still very white, but I do see that slowly changing,” said Syracuse.  Politically, I think Donelson has always been a bit of “purple” as opposed to red or blue.”

As Nashville’s demographics continue to change and seep into the area, “having teachers and educators that reflect the population of our students across the district is important,” said Nabaa-McKinney.

“We all want to look up to someone in our community,” she added. 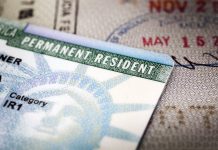