As two new venues – the Knoxville Science Museum and a proposed new baseball stadium – generate buzz in downtown Knoxville, a proposal for a third major project has flown largely under the public’s radar.

The idea for a National Museum of American Presidents originated in the early 2000s, according to its brainchild Bruce Anderson, a retired attorney and Knoxville native. Like any entrepreneur, Anderson was waiting for the right moment, and in 2018, as downtown Knoxville boomed with residential and commercial development, that moment seemed to have arrived.

Anderson, formerly general counsel at the East Tennessee Children’s Hospital, together with Alan Lowe, a museum professional who now runs the American Museum of Science and Energy in Oak Ridge, pitched the museum idea to the Downtown Knoxville Alliance (DKA), a non-profit that operates under the City of Knoxville’s code and whose mission is to foster downtown development.

“There was a lot of support among the board,” 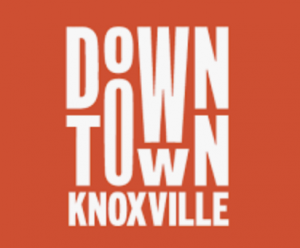 In October 2018, the board voted unanimously to give the museum team a $500,000 grant, the largest ever approved by the DKA, which has a budget of about $900,000. The grant was to be made in two installments of $250,000 to support community outreach, a feasibility study, a fundraising plan and concept design for the museum, according to the contract. Anderson and Lowe hired Gallagher & Associates, a museum consultancy, who completed a master plan last year.

Now two years later, the lack of progress has the board questioning its decision.

“If I could go back, I think I probably would have required some other ‘t’s to be crossed and i’s to be dotted before we had initially agreed to the money,” said board member Becky Hancock at the DKA’s August 2020 meeting. That meeting evidenced some tensions between then-Board Chairman Tim Hill (it was Hill’s last meeting before the end of his term) and some board members, and ultimately resulted in a decision to table the second installment of the grant.

Hill said the grant was essential to allow Anderson to develop a marketing and fundraising plan in tandem. “You’ve got to have a concept,” Hill said in an interview, “and a marketing strategy to pitch to the city for the location.”

No location has yet been identified for the museum, which must be downtown, per the terms of the grant. The feasibility study mentions four proposed locations, all of which have significant barriers due to either cost, lack of availability or zoning problems.

To date, the city has not met with Anderson or Lowe to discuss a possible location, according to Deputy Mayor David Brace, who said that “very limited involvement” with the city is not uncommon until additional due diligence is completed. (Both Hill and Anderson noted that the timing of a mayoral transition and COVID-19 were additional setbacks.)

Local museums and nonprofits also already draw from a tight pool of funders, and further financial commitments for this proposed project are still lacking.

“There was no fundraising even before [COVID-19],” Treasurer Michael Riley said at the meeting. “There is no one that has given money to this project besides DKA. There’s not another nonprofit we work with that comes to us with zero … That’s my biggest concern.”

This just seems like a peculiar place to put it. I wonder if there's a real crying desire to have this story told in this community.    – Jeff Chapman, director emeritus, McClung Museum of History and Culture

When Anderson first presented the idea for the museum, Hill said the board saw an attractive opportunity for downtown Knoxville. “We all have a tie to U.S. presidents,” Hill said in an interview. “What better place to put it?”

“Why Knoxville for this?” asked Jeff Chapman, director emeritus of the McClung Museum of History and Culture at the University of Tennessee.  “This just seems like a peculiar place to put it. I wonder if there’s a real crying desire to have this story told in this community,” he said in an interview.

Knoxville Museum of Art Director David Butler said history museums in general are struggling with audience development, and that “it’s been that way for a while.” Pushing history alone isn’t enough; “there’s a need to be there for everyone, and reflect everyone,” Butler said. “You’ve got to have buy-in from a broad swath of the community … I think it’s vital to show there’s an audience for this.”

The visitor and financial projections in the museum proposal are similar to those of the Knoxville Museum of Art, which seems “about right,” Butler said. “But don’t forget,” he added, “it took us 30 years to get there.”

Anderson is aware of the hurdles that face the project. Acknowledging the heavy competition for limited local funding sources, his plan is to raise money at a national level, but he said a “significant problem” is that fundraising needs to be done face-to-face, and the pandemic has stalled his progress. “We haven’t asked the board for that next $250,000,” he said, “and we won’t until we can comfortably start implementing our fundraising plan.”

Anderson remains enthusiastic, pointing to the consultant’s feasibility plan: “Nothing has changed my belief that this would be a great addition for Knoxville.”

Hill also said he hopes the museum will still come to fruition. “We knew there was a calculated risk with his project, but we were trying to make a significant difference in downtown Knoxville. It was an affordable way to take a calculated risk,” he said. 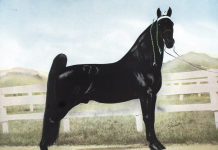 Two legal defeats in one week for Tennessee attorneys seeking to...