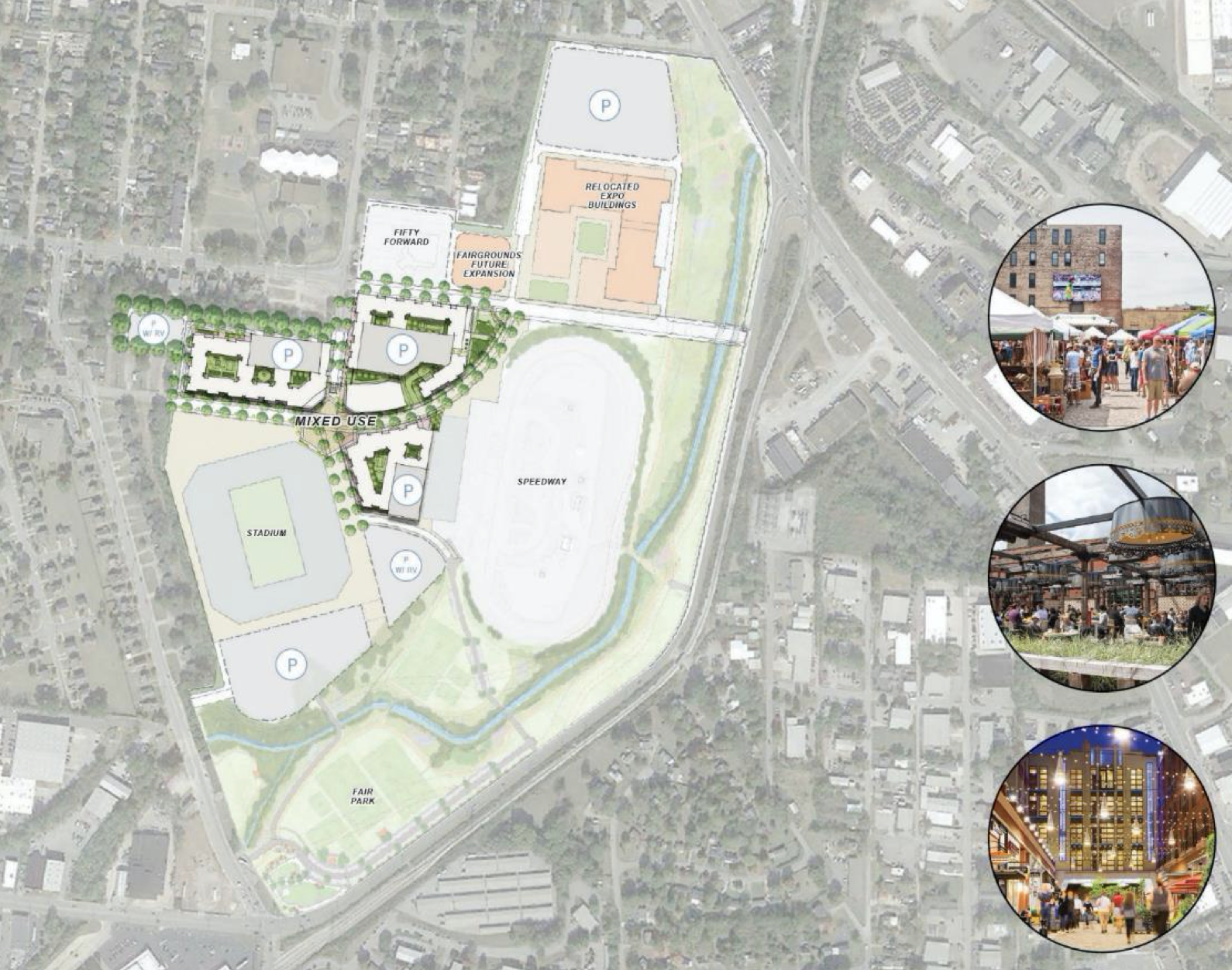 Lost in the conversation about how the proposed Metro charter referendum would lead to massive mid-year budget cuts and overhaul how property tax increases are approved is the impact the ballot measure could have on the fairgrounds soccer project.

There are five proposals included in the referendum. One would repeal the 34% property tax increase and trigger more than $300 million in cuts. The other four seem directly aimed at the Major League Soccer stadium project and surrounding mixed-use development.

Two political consultants with close ties to the fairgrounds soccer project have been engaged in early strategy talks about how to defeat the ballot referendum if a Nashville judge allows the special election to go forward.

Lobbyist and consultant Mark Cate has participated in meetings organized in recent weeks by business interests, including the Nashville Area Chamber of Commerce. Cate was the lead lobbyist for the soccer stadium project, which received final approval from Nashville Mayor John Cooper and Metro Council earlier this year.

In addition to Cate, campaign strategist Jeff Eller has participated in the strategy sessions and is likely to be selected as a key consultant to help lead the anti-referendum effort. Eller is a natural choice since he helped lead the successful campaign to defeat Nashville’s mass transit referendum two years ago.

Eller was also employed by the Nashville SC ownership group as Cooper was renegotiating the soccer stadium deal.

The fact that Cate and Eller are discussing how to defeat the referendum requires some context. Virtually every Metro lobbyist, public relations executive and political consultant with ties to the business community has participated in such strategy sessions.

“I would say we represent many business interests who are concerned about the referendum,” said Cate, president and principal at Stones River Group. “And I would add that Mr. Ingram’s interest is broader than just soccer.”

In addition to Nashville SC, Cate has served as the lobbyist and consultant for the Nashville Yards development and the Convention and Visitors Corp., among other clients. Cate said none of his clients are paying his firm relative to the referendum, but added his clients are interested in defeating the proposal. Eller declined to comment, other than to say he does not have a client related to the referendum at this time.

Of the five changes to the Charter that the referendum is proposing, four seem specific to the soccer stadium project.

A spokesman for the Nashville SC ownership group declined to comment for this story.

Weaver, a partner at the Waller law firm and perhaps the most influential Metro lobbyist, said the referendum proposal is “the worst piece of public policy I’ve seen in 32 years working around Metro government.” Weaver said the issue shouldn’t be viewed simply as influential business interests opposing the referendum. He pointed to budget cuts, layoffs and lost city services.

Organizing against the referendum has been in a bit of a holding pattern as the issue first heads to Chancellor Ellen Hobbs Lyle. The Davidson County Election Commission decided not to put the referendum, which generated well more than the approximately 12,000 voter signatures it needed to go forward, on the ballot. Instead the commission asked Lyle to weigh in on the legality of the proposal.

Metro charter experts have predicted the referendum would not pass legal muster. In an interview with the Tennessee Lookout earlier this month, Cooper pointed out, for instance, the city has already issued water bonds this year. Would those bonds have to be pulled back and the issue sent to voters if the referendum passed? It’s one of many legal questions provoked by the proposal.

Jim Roberts, the attorney leading the referendum cause, did not respond to an email seeking comment. Roberts was also the lead attorney on a recently failed lawsuit aimed at halting the soccer stadium project. The referendum funding came largely from the Koch family-backed Americans for Prosperity, according to reporting by The Tennessean earlier this year.

Since the proposal could be struck down by the courts before a special December election is held, fundraising has been difficult. In addition to the Chancery Court hearing, the presidential election on Nov. 3 obviously has the primary focus of political organizers.

In the meantime, Bone has taken the lead, according to sources, to secure possible commitments from donors if the ballot measure goes forward. Bone did not respond to a request for comment.

As Nashville’s top politicos organize, one name to keep in mind as a potential leader of the anti-referendum campaign is consultant Brenda Gadd. In an interview with the Tennessee Lookout, Gadd said she had met with “a couple of folks trying to pull together community groups.”

Gadd is a veteran of political campaigns, including Gov. Phil Bredesen’s reelection in 2006 and the statewide campaign to retain Democratic judges on the state Supreme Court in 2014.

Gadd said she currently has no client and is not being paid. She said her interest is in the negative impact the proposal would have on the Metro budget.