Issues like that are in Suara’s wheelhouse since most of her professional career has been spent in the field of accounting and her day job is working as an administrator for Meharry Medical College. But, when she organized a well-attended rally on Saturday at the state capital in downtown Nashville, it wasn’t Metro fiscal policy on her mind.

Suara helped lead a rally to draw attention to political corruption and police brutality in her native Nigeria. The international awareness movement, which uses the social media hashtag #EndSARS (Special Anti-Robbery Squad), is especially important to Suara because many of her family members and friends still live in Nigeria.

Suara left Nigeria in 1991 when she was in her mid-20s. In Nashville, she earned her political stripes as an activist and attended numerous rallies in response to instances of police brutality here.

“When we talk about police brutality, when we talk about injustice, I’m an activist and I go to rallies,” Suara said. “I think it’s hypocritical to talk about issues related to Black Lives Matter and then turn a blind eye to what’s going on in my own country.” 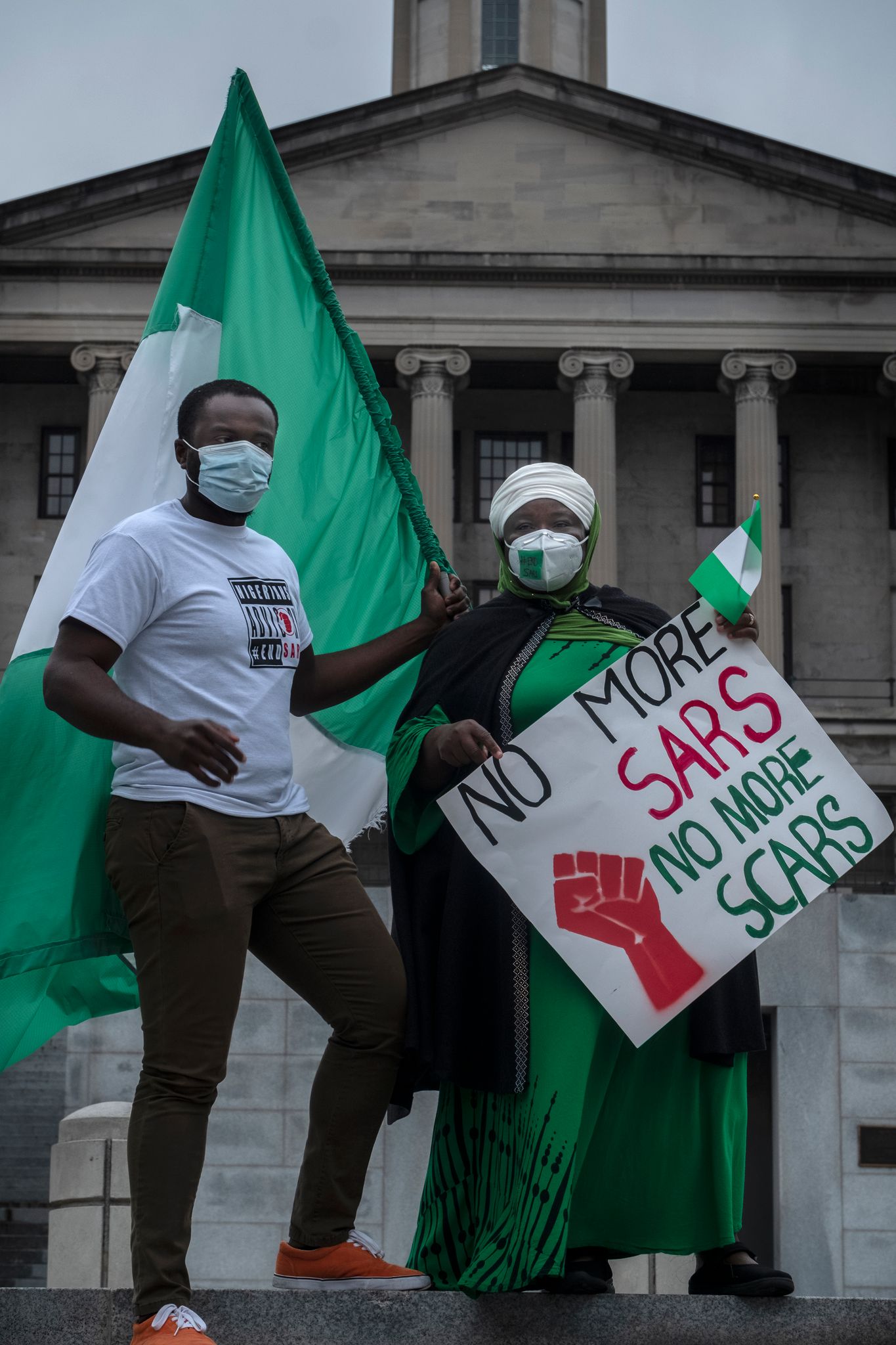 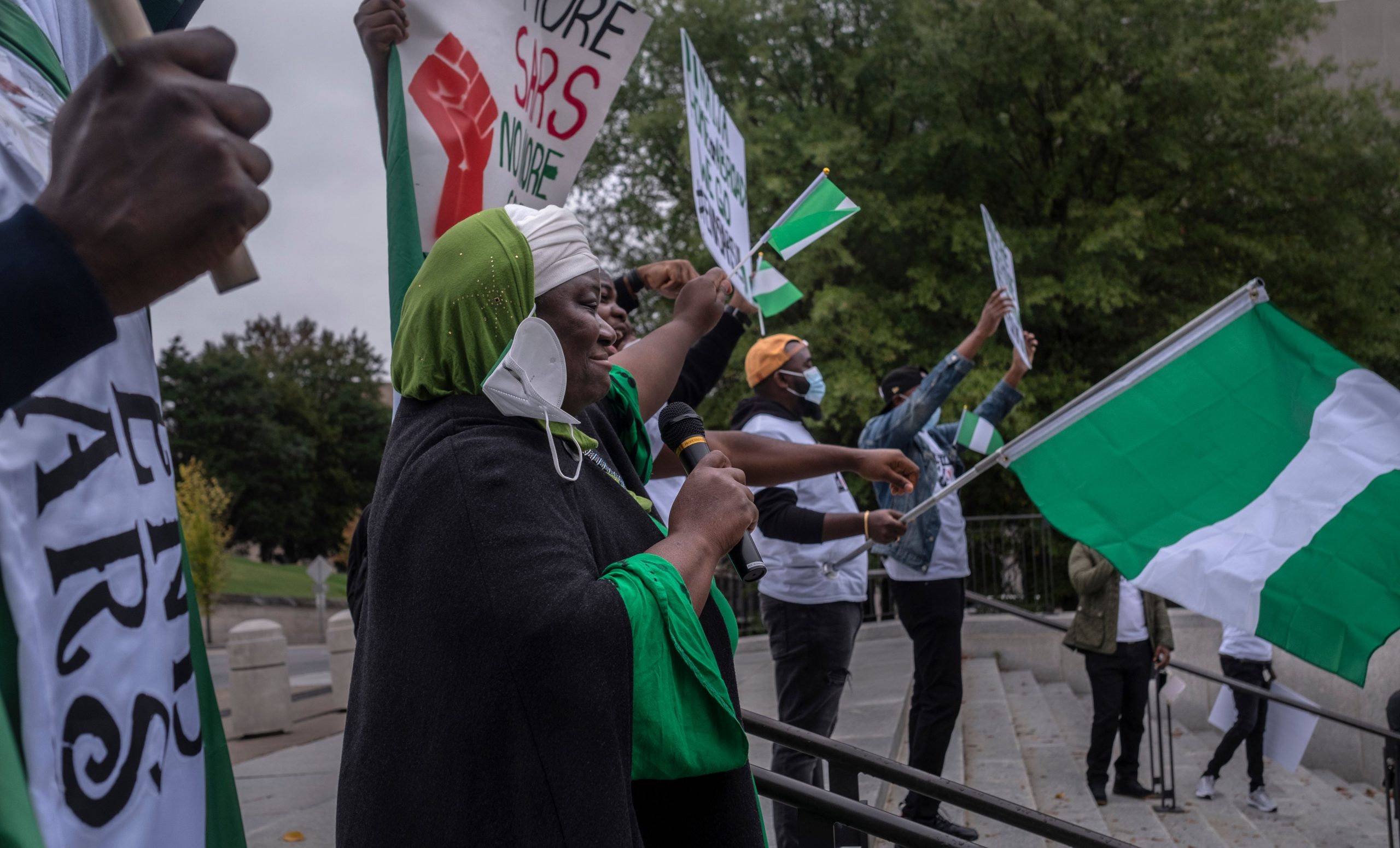 Zulfat Suara speaks to Nigerians at Legislative Plaza as part of a protest agains Police brutality in her country(Photo: John Partipilo) 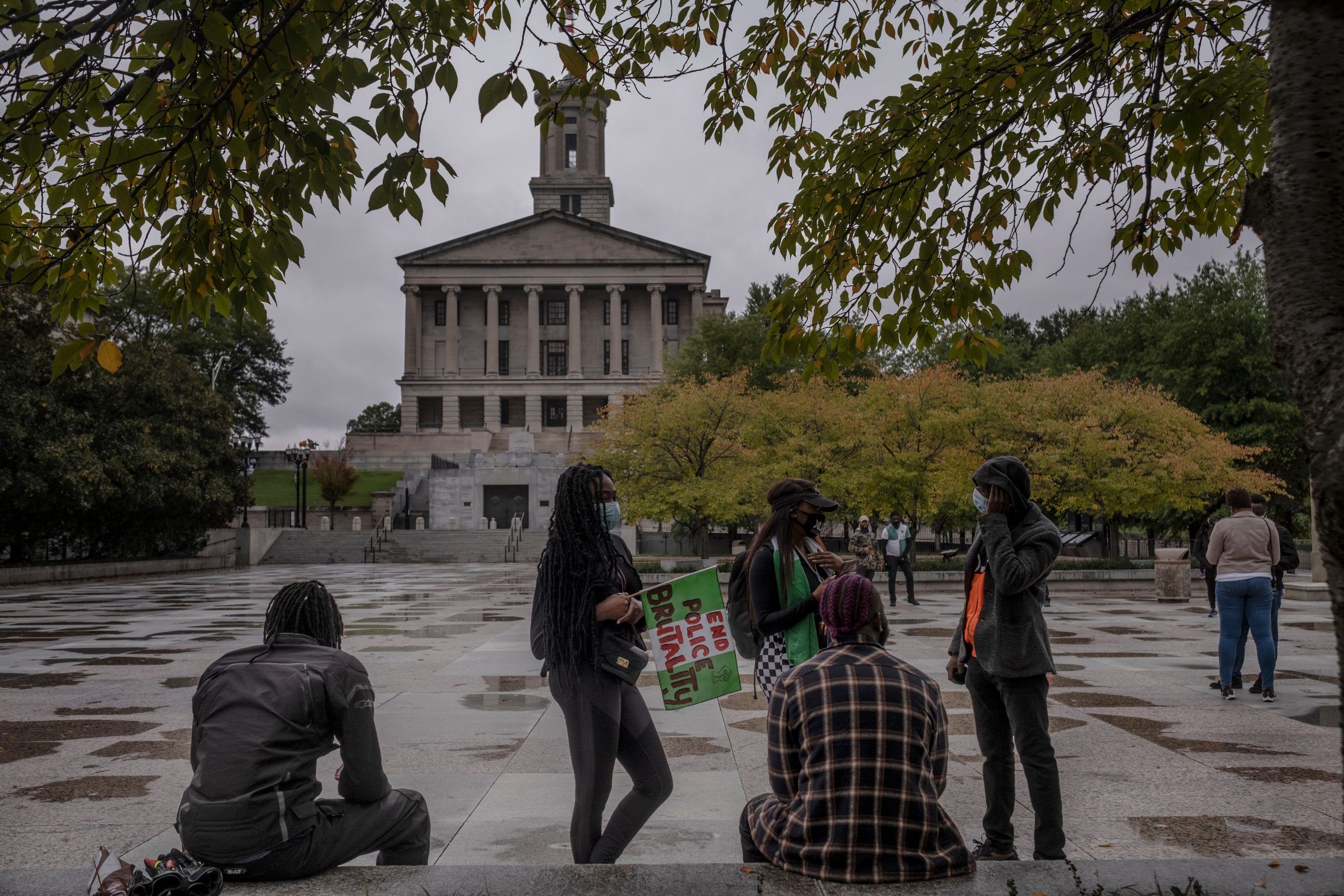 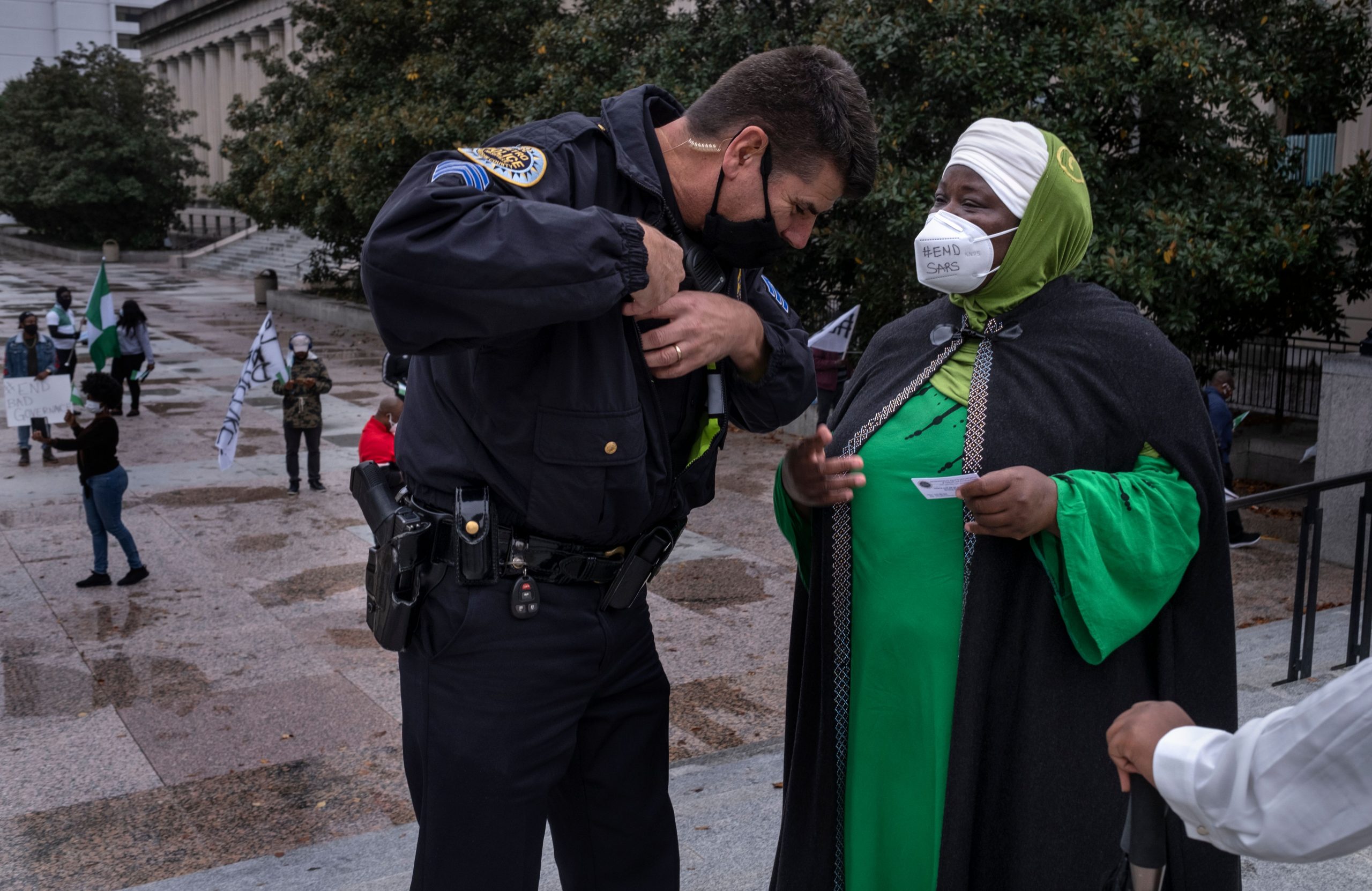 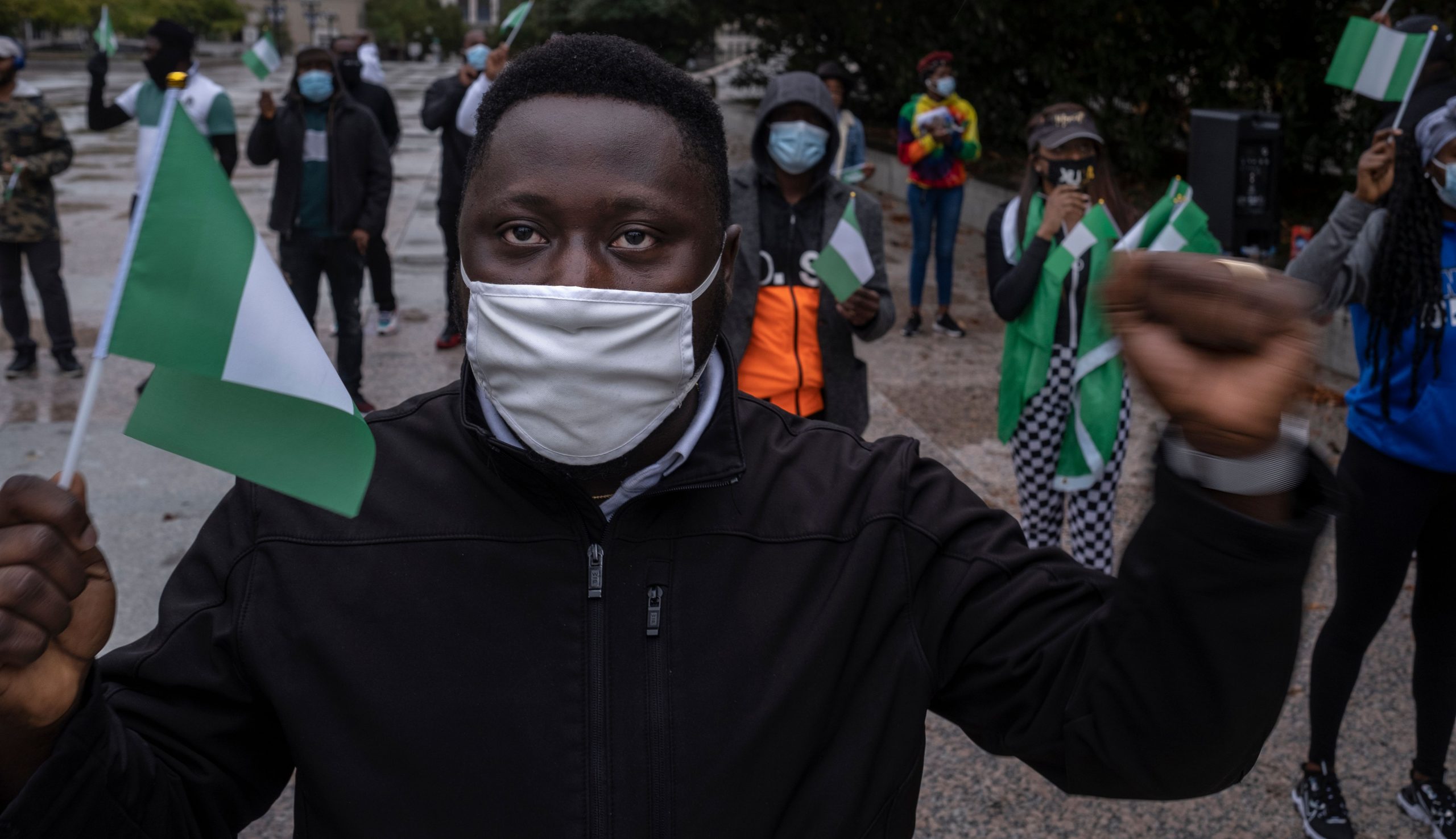 oshua Eneida,Amaefuna Kkene protests at Legislative protest with the Nigerian flag. listens to speakers at Legislative Plaza during A gathering on Saturday. (Photo: John Partipilo) 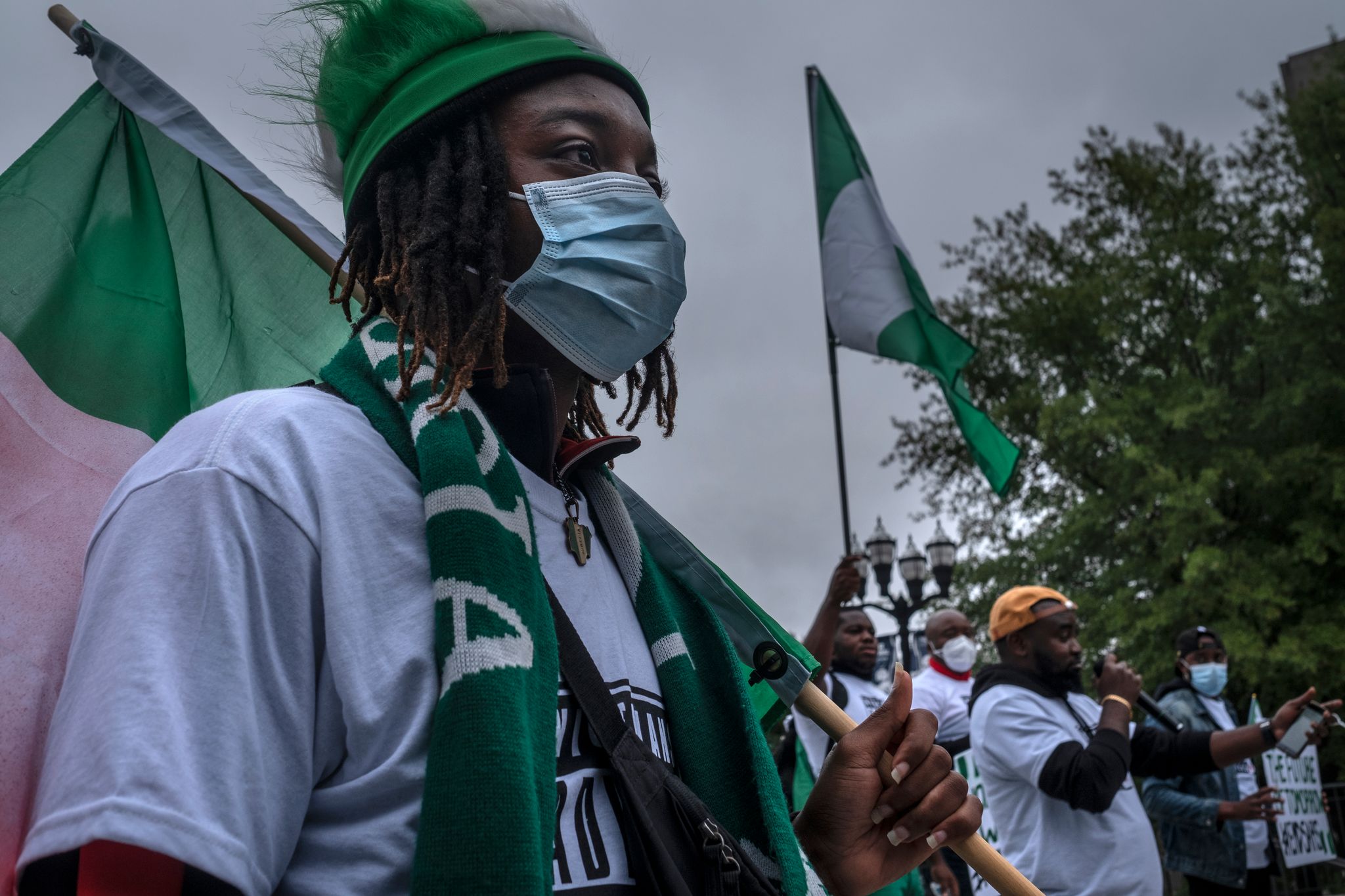 Amaefuna Kkene protests at Legislative protest with the Nigerian flag.Zulfat Suara speaks to Nigerians at Legislative Plaza as part of a protest agains Police brutality in her country(Photo: John Partipilo)

Suara said the rally was a “last minute thing” that was put together late last week. Despite its last-minute nature, the rally at Legislative Plaza drew around 200 people. Similar rallies across the globe have been organized to draw attention to rampant corruption and police brutality in Nigeria.

Suara said some top government officials make seven-figures, while Nigerian residents live in poverty. There have been documented instances of police killing protesters in Nigeria as demonstrations there have turned violent. Suara’s campaign website says she is the first Nigerian-born politician elected to public office in the United States. As an at-large member, she represents all of Davidson County on the Metro Council. She also is the first Muslim woman elected to office in Nashville.

Suara said she wants to elevate the issue and encourage those concerned to contact their representatives in Congress to support the United States government backing the Nigerian citizens who oppose the corruption in the Nigerian government.

“The impetus for the rally was, ‘How do we stand in solidarity with the movement in Nigeria?’” Suara said. “We were showing the community that we stand with them, and we were amplifying and educating people on what’s going on.”

“My heart goes out to all those who have lost a loved one in the violence,” Biden said. “The United States must stand with Nigerians who are peacefully demonstrating for police reform and seeking an end to corruption in their democracy. I encourage the government to engage in a good-faith dialogue with civil society to address these long-standing grievances and work together for a more just and inclusive Nigeria.”

Nate Rau has a granular knowledge of Nashville’s government and power brokers, having spent more than a decade with the Tennessean, navigating the ins and outs of government deals as an investigative reporter. During his career at The Tennessean and The City Paper, he covered the music industry and Metro government and won praise for hard-hitting series on concussions in youth sports and deaths at a Tennessee drug rehabilitation center. In a state of Titans and Vols fans, Nate is an unabashed Green Bay Packers and Chicago Cubs fan. 615-498-5202