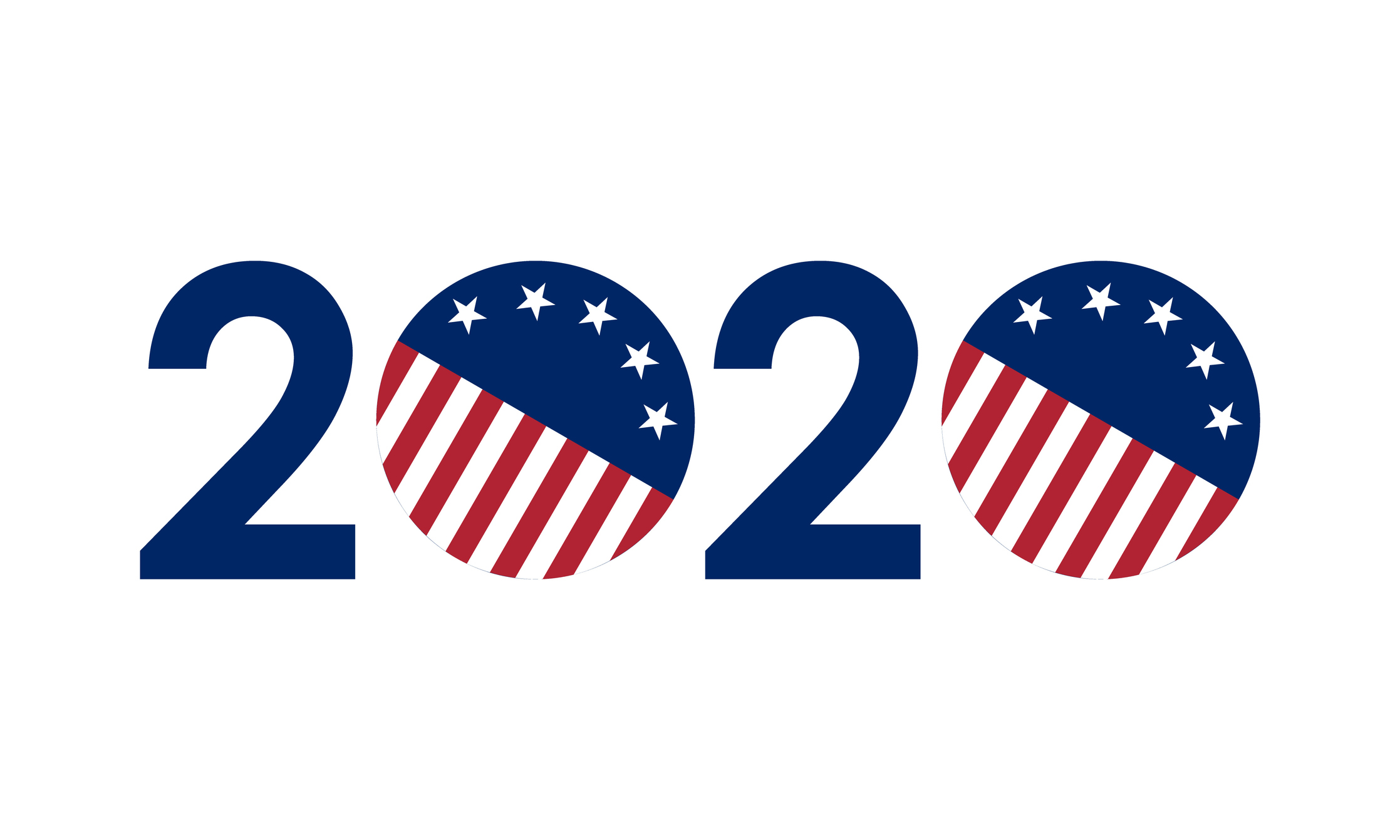 The presidential race and U.S. Senate races are the campaigns that traditionally earn the most analysis and coverage, but all state representatives are up for reelection in Tennessee and half of the General Assembly’s state senators.

The overview of the upcoming state senate races features information on the amount of money each candidate raised in the third quarter of the year and their cash on hand as of Sept. 30.

Appointed incumbent Art Swann is unopposed in the general election. As such, he will still represent District 2 come January. During his time in the State Senate, Swann has focused on supporting 2nd Amendment rights and encouraging job growth.

Incumbent Jon Lundberg is being challenged for reelection by Amber Riddle, a community activist. She is campaigning on expanding Medicaid, raising the state’s minimum wage to $15, and legalizing cannabis in an effort to stimulate agricultural growth. Lundberg, who works in public relations, has spent his time in the General Assembly focused on shrinking the size of the government and funding infrastructure improvements.

This year’s general election will be the first time that this district is contested by more than one candidate this decade. Because of this, there are no election results to base a competitiveness rating on; however, given the results from this district in races farther up the ballot, it is safe to say that this seat will not be competitive.

Incumbent and local businesswoman Becky Duncan Massey is being challenged for reelection by Jane George, a small business owner. George is campaigning on promises to raise the state’s minimum wage, strengthen environmental protection laws, and increase public school funding. Massey, the Chair of the Senate Transportation and Safety Committee, has focused her time in the legislature on workforce development programs and decreasing regulation.

Duncan Massey raised over $30,000 directly from  PACs and Republican politicians; in addition she received a $12,000 in-kind contribution from the Senate Republican Caucus for its polling of this district. George raised nearly $6,000 from multiple Democratic politicians and committees.

Incumbent Frank Niceley is unopposed in the general election. Thus, he will still represent District 8 come January. Niceley made news in 2013 when he quoted Abraham Lincoln in his defense of cockfighting.

Incumbent and retired investor Todd Gardenhire is being challenged for reelection by Glenn Scruggs, the Assistant Chief of Police for Chattanooga. As a candidate, Scruggs has advocated for increasing public school funding and prioritizes criminal justice reform. He has also focused on economic development and job creation. Gardenhire has spent his time in the legislature supporting tax decreases and deregulating the healthcare industry.

Gardenhire last won reelection in 2016 by beating Democratic candidate Khristy Wilkinson 56% to 44%. However, this year’s race is expected to be closer both due to the strength of his opponent and the leftward trend of the Hamilton County parts of this district. Gardenhire is certainly not helping himself by making notable blunders; he recently claimed that “inner city” obesity rates are caused by residents’ propensity to eat fried chicken.

Incumbent Ken Yager is unopposed in the general election.  Yager has focused on rural job creation and combating the opioid epidemic.

Incumbent and pharmacist Shane Reeves is being challenged for reelection by Chase Clemons, a cancer survivor and small business owner. Clemons has based his campaign around stopping the closure of rural hospitals by expanding Medicaid, increasing funding for public schools, and increasing access to rural broadband. Reeves is committed to protecting religious freedom and has sponsored legislation to curtail human trafficking. He voted in favor of both the bill to restrict abortion and Gov. Lee’s school voucher program.

Reeves raised more than $40,000 directly from PACs. Almost all of the funds Clemons received in the third quarter came in the form of small-dollar donations.

This general election is interesting because it is the first time that Reeves is running in a regular general election. In 2018, he won a low turnout special election after the incumbent was appointed to a post in the United States Department of Agriculture. He beat Democratic candidate Gayle Jordan 72% to 28%. This result closely mimicked the previous incumbent’s last general election win; in 2016, he beat Jordan 74% to 26%.

Incumbent and longtime politico Janice Bowling is being challenged for reelection by Sheila Younglove, a local attorney. Younglove is campaigning on the ideas of expanding Medicaid, increasing public school funding, and raising the state’s minimum wage. She has also been outspoken about prioritizing job protection by maintaining licensure requirements and providing more job opportunities for her district through increased tourism. Bowling voted in favor of Gov. Bill Lee’s controversial school voucher program and has encouraged stricter limits on abortion.

Bowling collected roughly $12,000 from PACs and her Republican colleagues, while Younglove received the majority of her donations from small-dollar contributors.

This district is not expected to be competitive, mostly due to the strong Republican nature of the area. In 2016, Bowling beat her Democratic opponent, Mike Winton, by a margin of 36 percentage points.

Incumbent Bill Powers is being challenged for his second term by Ronnie Glynn, a retired Army Master Sergeant and small business owner. Glynn is focusing his campaign on protecting the rights of workers, increasing funding for public schools, combatting homelessness among veterans, and expanding Medicaid. Powers has spent his time in the legislature encouraging economic development and championing the rights of people with disabilities. However, he has faced criticism for switching his position on Gov. Lee’s school voucher program just hours after being sworn in, after facing pressure for his caucus leaders.

Most of Powers’ funding, $20,000 worth, came from either PACs or Republican politicians this quarter. In return, Powers paid the Tennessee Legislative Campaign Committee more than $40,000 for direct mail pieces in his district. Glynn raised nearly $5,000 from Democratic politicians and committees.

While this district would be traditionally considered uncompetitive, there are a few factors that make it worth watching. For one, Powers was elected in 2019 in a low turnout special election, so he does not have the history of success that a typical incumbent might count on. Second, Glynn is a veteran in a district dominated by Fort Campbell, while Powers did not serve in the military; veterans and other military families may value a Senator that comes from a similar background. Third, Powers nearly lost a primary challenge in August. While this district may lean Republican, a surprise here would not be unwarranted.

Incumbent John Stevens is not facing any major party opposition for reelection, but Gibson County Commissioner Yahweh Yahweh has filed to run as an Independent. Yahweh, a nurse by profession, is focusing her campaign on increasing health education and strengthening environmental protection laws. Stevens has focused his time in the State Senate around cutting taxes, advocating for children with disabilities, and opposing increased regulations.

About $7,000 of the amount Stevens raised this quarter came directly from PACs and companies throughout Tennessee. Yahweh did not raise or spend any money this quarter.

Stevens last faced a general election opponent in 2012. Then, he beat Democratic candidate Brad Thompson by a margin of 13 points. However, this district has grown more Republican in the intervening years.

This is an open seat being vacated by a retiring Republican incumbent. Both major parties fielded a candidate: Fayette County Board of Education member Civil Miller-Watkins is the Democratic nominee and Vice Mayor of Bolivar Page Walley is the Republican nominee. Miller-Watkins has prioritized increasing teacher pay and retention benefits as part of her campaign. She has also spoken on the need for increased access to rural broadband. Walley was a State Representative in the 1990s before going on to lead both the Tennessee Department of Children’s Services and the Alabama Department of Children’s Affairs. He is focused on fully developing the West Tennessee Megasite as a method of bolstering job growth.

Even though this is an open seat, this district is not expected to be competitive. In 2012, the last time the district had a contested general election, the Republican incumbent beat the Democratic candidate 60% to 40%.

Incumbent Joey Hensley is not facing major party opposition in his bid for reelection, but James Gray has filed to run as an Independent. Unfortunately, no information about his candidacy is readily available online. Hensley has been a controversial figure during his time in elected office, filing bills to classify all children born through artificial insemination as illegitimate and to ban public schools from discussing LGBT issues.

As in Q2, Gray neither raised nor spent money. In contrast, Hensley raised more than $8,500 from PACs and Republican politicians.

This district is not expected to be competitive this cycle, largely due to the Republican nature of the district. In 2016, Hensley won over an Independent candidate by 50 percentage points.

(Editor’s note: These profiles do not constitute endorsements of any candidates.)