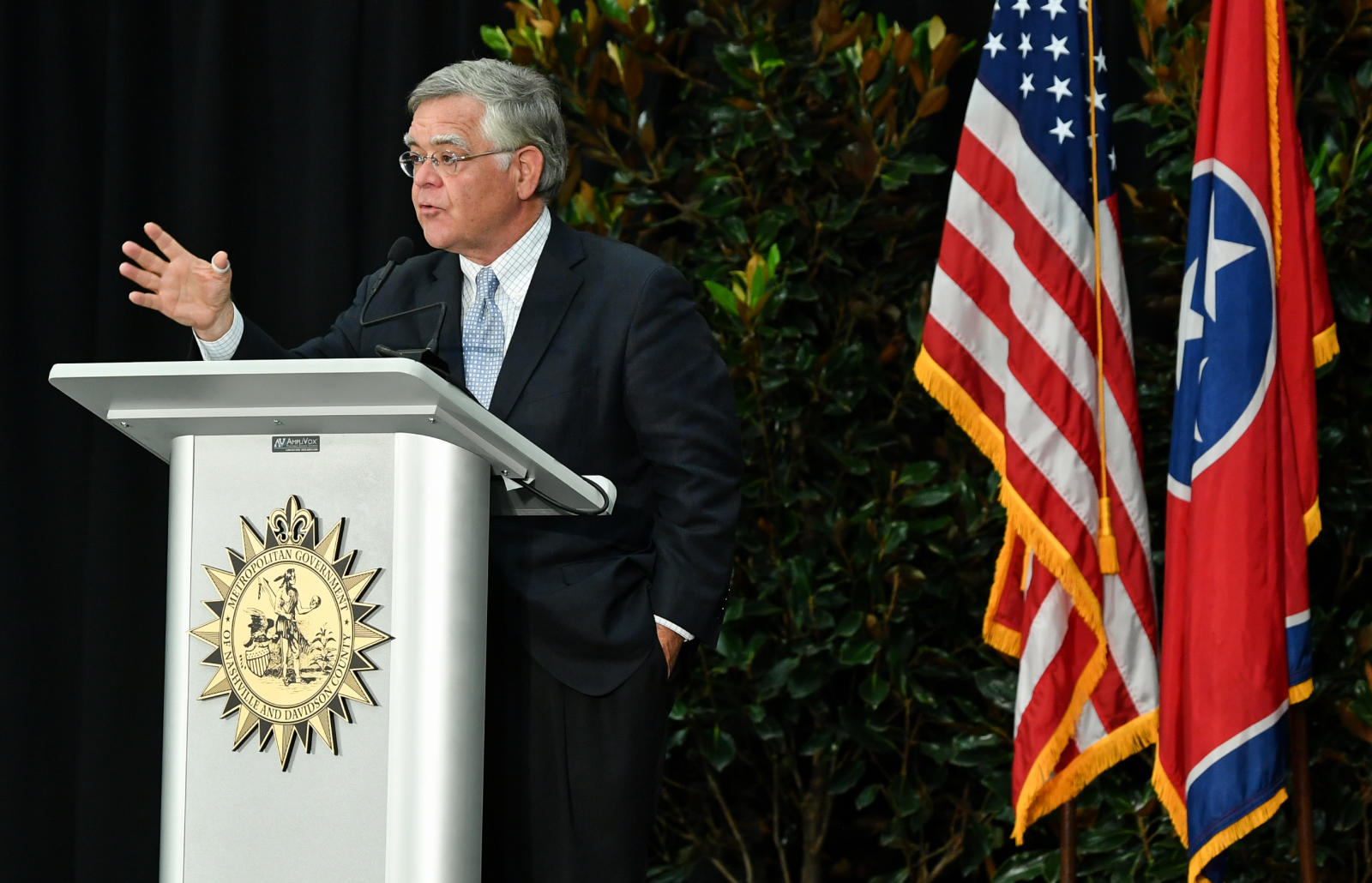 The effort to recall Nashville Mayor John Cooper over his support for the property tax increase and his pandemic response has failed.

An organizer of the effort to recall Cooper told supporters the cause is “dead and over” late Tuesday night. It’s the second time in 2020 that a signature drive has gone nowhere.

Volunteers set up shop at early voting sites across Davidson County, making the case that 34 percent tax increase during a pandemic was too high, and that health orders requiring masks and limiting restaurants’ dining capacity were too onerous.

The email blamed the recall failure on a lack of financial support for mailers and advertising. In order to recall the mayor, organizers needed to collect about 68,000 signatures. The Tennessee Lookout reported earlier this month that contrary to rumors, honky tonk mogul Steve Smith would not be financially backing the recall effort.

Smith is among Cooper’s loudest critics over health orders that have left many restaurants and bars on the brink of closure. It is within the realm of possibility that Cooper and his pandemic response team will analyze the spread of the virus and come to the conclusion that stricter regulations and shutdown orders are necessary. If that happens, perhaps opponents will take a third swing at recalling Cooper, this time with enough money to make the effort legitimate.

Mayors from all over the country have been subject to recall efforts over their handling of the pandemic and anti-police brutality protests.

The key to a recall effort is clearly mail pieces, which allow for multiple voters to sign a single document and mail it in. That’s how the anti-tax and anti-soccer stadium referendum, which currently is being litigated in court, garnered the necessary signatures earlier this year.

Whereas the referendum petition drive only needed to collect about 12,000 signatures through its mail-in strategy, the recall effort was going to be a lot more expensive.

“Even though our ground game was pretty good, getting better day by day (increasing yields), we still had not received funds from the primary funding source,” organizer Ed Smith wrote in his email on Tuesday. “Our follow up efforts proved the source to be a totally dead option.”

Political strategists who dug into the recall effort considered it a long-shot, with unbiased polls showing Cooper with county-wide approval well north of 50 percent, according to multiple sources aware of the polling.

But during the brief period where it appeared the recall effort might have real money behind, the Metro courthouse crowd was also making preparations for what a recall election might have looked like. Candidates could have entered the race and used messaging completely different from the anti-tax, anti-mask strategy that recall organizers championed during this failed effort.

Cooper is hardly alone among mayors who were the speculation of being recalled.

Mayors from all over the country have been prone to recall efforts over their handling of the pandemic and anti-police brutality protests. Kansas City, Boise, Seattle, Austin, Las Vegas and Madison are among the cities where such recalls have been pursued.

With this latest failure, and the perception that the anti-tax referendum is legally flawed, a new theory is gaining steam: Cooper could emerge from all of this even stronger politically. If the referendum fails to advance, Cooper will have just dodged a recall and avoided the political fallout of drastic mid-year budget cuts.

Obviously, navigating the ongoing pandemic will remain his administration’s top priority. But, second to that, Cooper wants to focus on raising teacher pay and investing in Nashville neighborhoods other than downtown in his second year in office.

Focusing on those kinds of back-to-basics governing that may be welcomed in Nashville after several years of political turmoil. Chancellor Ellen Hobbs Lyle is expected to make her decision about the legality of the referendum public on Nov. 3.

Political organizations sue TN over law making it a crime to...