How do you win an election for President and more importantly in 2020 for Donald Trump, how do you win two times in a row?

Predicting answers that favor Biden or Trump before the election is risky but let’s try.

Part of the answer is the Clinton team made mistakes and the random luck factor was all bad. They did not run a great or even excellent campaign. Give them C+ for creating a quasi-incumbent campaign with lots of money, lots of data, a capable staff with poor leadership at critical junctures, messages and speeches that had little emotional appeal, bad scheduling and budgeting at the end, and poor issue selection.

The bad luck: then FBI Director James Comey pulled his own October Surprise announcement of a new email investigation against Clinton just days before the 2016 election and Putin’s Russian criminals tried hard to hurt her organization and her social media.

The second issue is whether history is about to repeat itself with a Trump victory again in 2020.  The clear answer is no.

The Biden campaign has done their part well. Give them a B+. They have not made any major mistakes.

The perpetual motion speeches rarely got out of hand, the age issue was nullified by Trump’s COVID-19 hospitalization, and with the pandemic threatening us, stalling our economy and jobs, voters have no interest in the usual Republican messages that Democrats are evil people in league with Satan to starve our dogs and cats, take our emojis away and steal our babies.

Biden has stayed on message that he will be a strong leader, will listen to medical doctors, will make controlling COVID-19 our first priority, and will restore civility and decency to our national leadership. That strong message, plus just plain soul weariness about Trump enthuses Democrats and makes them eager to vote. 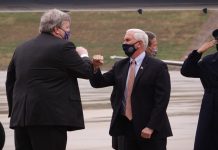 Best of the week: @tnnaterau examines how Nashville will pay for its sports arena as a pandemic has closed down revenue-generating events. https://t.co/atrdhzFZPO

Commentary: No repeat history for Trump