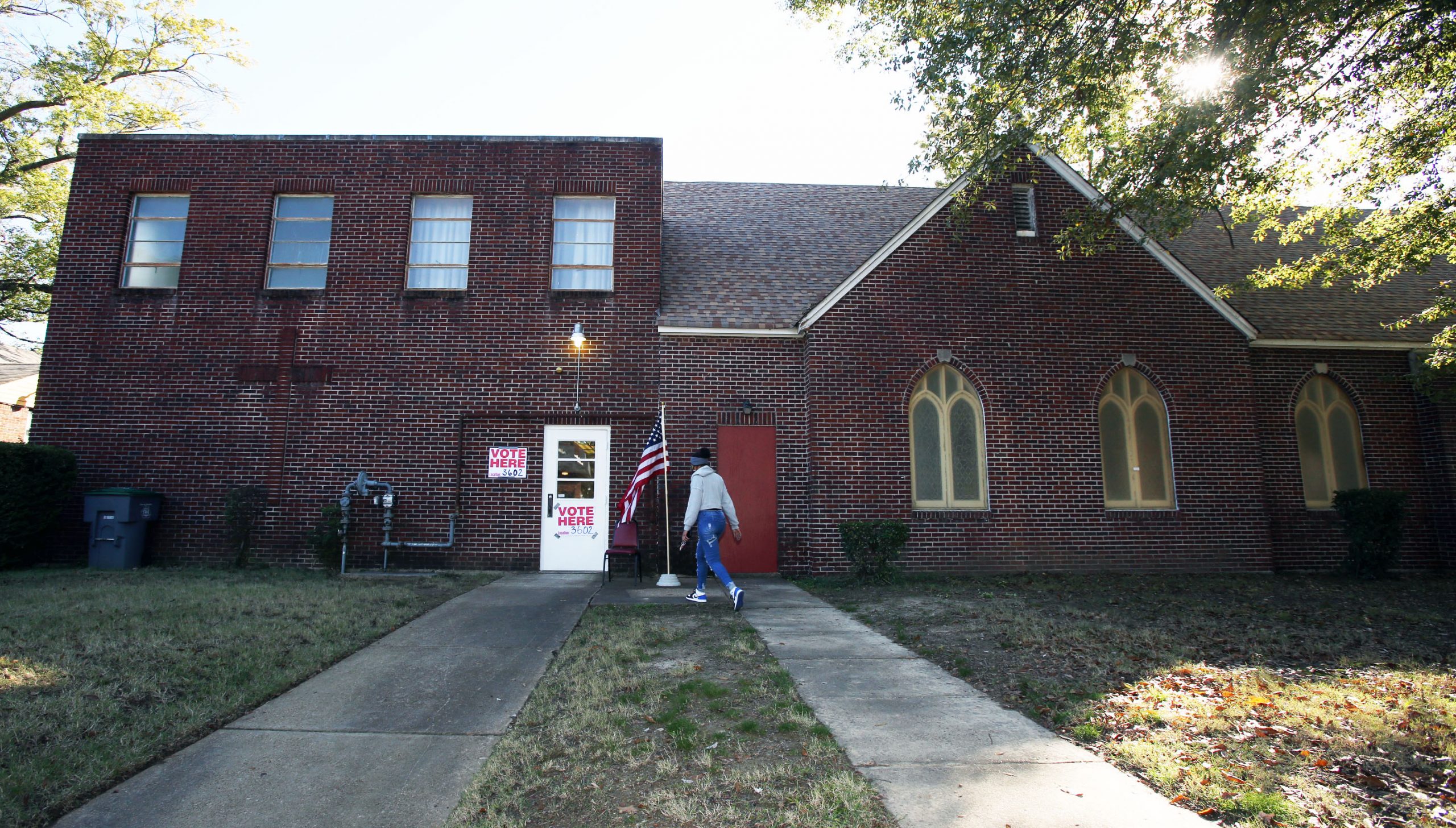 Supermajority Republicans staved off Democratic challengers across Tennessee Tuesday, holding on to all but one seat. Yet despite the status quo results, the Legislature will make history by introducing its first openly LGBT members when the General Assembly is sworn in next year.

But that advertisement might have backfired on Dickerson, an anesthesiologist plagued by a lawsuit federal prosecutors filed against his business, Comprehensive Pain Specialists, claiming it committed $25 million in fraud. Dickerson was later dropped from the case.

“They pummeled her,” said MTSU political science professor Kent Syler. “She had to be outspent incredibly. Just vicious stuff, and for her to win that race shows you how partisan Davidson County has become. It’s very, very tough for a Republican to win there.”

Syler pointed out the “partisan” ads were more likely to be seen by Democratic voters and likely wound up working in Campbell’s favor. It’s hard to tell, though, whether campaign ads and Dickerson’s scrape with the feds were more damaging than “being a Republican in Davidson County,” Syler said.

Being the Democrat on the ticket might have been a factor in typically blue Memphis too where in District 90, Memphis Democrat Torrey Harris roared past 26-year incumbent John DeBerry, who ran as an independent after being removed from the Democratic ticket in April for siding with Republicans on key issues.

Meanwhile, Knoxville Republican Eddie Mannis, who is also openly gay, defeated Democrat Virginia Couch in District 18 by 55-45, after surviving an attempt to boot him off the Republican ticket.

In a chamber accustomed to dealing with legislation considered unfriendly to the LGBT community, lawmakers will have to look two of their colleagues in the eye and explain their motives when trying to pass anti-gay bills.

“Congratulations to both of them. It is historic,” said Chris Sanders, executive director of the Tennessee Equality Project, an advocacy group for the LBGT community. “The composition of the House in terms of party is pretty much the same, so what that tells me is we’ll probably face a lot of the same kinds of bills that we’ve faced over the last few years, and we hope that having members of our community will make it different in fighting those bills. There’s no guarantee it will.”

Sanders is holding out hope Harris and Mannis will develop enough collegiality with their peers to send LGBT-hostile bills to the legislative scrap heap.

Harris, a twenty-something Shelby County human relations director who lost to DeBerry two years ago, plays off the Democratic label, saying he simply outworked his opponent.

“A lot of people will want to say that being a Democrat made a difference or (his) being an independent made a difference. But what truly made the difference is just being able to communicate and find out what the people really cared about in the district,” Harris said.

Harris didn’t introduce himself as an LGBT candidate but rather someone willing to go out and meet voters and push for Medicaid expansion, stronger public education and elimination of cash bail.

DeBerry, a 69-year-old minister, blames the loss on the Tennessee Democratic Party’s decision to remove his bona fides and take him off the ballot.

Republican House Caucus Chair Jeremy Faison pointed out DeBerry didn’t come close to spending the more than $183,000 he had in his war chest and, in light of that, cast doubt on how badly DeBerry wanted to win re-election.

“The dye was cast back in April. This was a very well-planned coup to remove an incumbent that you cannot beat fairly. The Democratic Party should be ashamed of itself,” DeBerry said.

When DeBerry was taken off the ticket, the Legislature passed a Republican-sponsored bill this year enabling him to run as an independent.

Despite voting with Republicans on anti-abortion bills and Gov. Bill Lee’s voucher initiative, in addition to backing school choice proposals by U.S. Education Secretary Betsy DeVos, DeBerry contends he never wanted to leave the Democratic Party. Instead, it left him, he says.

DeBerry believes his re-election efforts were undermined further not only by being forced to run as an independent but by signs and flyers grouping him with President Donald Trump and other Republicans.

“The poison of lies is very effective, always has been,” DeBerry said in a text.

Another LGBT candidate, Democrat Brandon Thomas of Smyrna, fell to Republican Rep. Mike Sparks by 2,200 votes, 54-46%, a race that had been considered a potential pickup for Democrats.

“I knew all along this would be a close race, and now the governing begins. I’m ready to get to work as soon as I possibly can,” Gillespie said, to tackle education and revamp the criminal justice system.

He said he could not comment on the close outcome compared to landslide wins by Republicans in statewide races.

In what was considered a big win of sorts, Democrats held on in District 96 in the Cordova area where Rep. Dwayne Thompson beat community activist Patti Possel by a 59 to 40.8 margin.

“I feel like overwhelmingly it was a massive victory for the House. In a tough year politically for the GOP, we’ve got every member, every seat is back, and we didn’t lose a seat,” said House Republican Caucus Chairman Jeremy Faison of Cosby in East Tennessee. “I think that’s a huge testament to our leadership, to our team, to your caucus campaign committee, Speaker (Cameron) Sexton.”

The House Republican Caucus raised and spent more than $1 million on members, he said. Faison did not consider the DeBerry outcome a loss for the caucus, even though he gave him $500.

“It’s a loss for Tennessee because I believe he’s a man of integrity,” Faison said. But he pointed out DeBerry didn’t come close to spending the money he had in his war chest and, in light of that, cast doubt on how badly DeBerry wanted to win re-election.

DeBerry had $183,000 in his campaign account as of Oct. 27 and raised another $8,000 but reported no expenditures in the final period.

“I think we had great candidates. They were attempting to secure seats the Republicans have held for decades, and we just didn’t quite get there,” Stewart said.

There's just no real solution for Democrats to crack that wall and to win a statewide race. Until the Democratic brand gets better in these suburban and rural areas, it's gonna be virtually hopeless.   – Kent Syler, Middle Tennessee State University

“I was very pleased to see Republicans post strong numbers and secure convincing victories in legislative races across the state last night. Republican campaign success is derived from our success in governing,” said Lt. Gov. Randy McNally. “Despite a national political environment that toggled between unpredictable and unfavorable, Tennessee voters rewarded conservative governance across all three grand divisions of the state.

“While it was painful to lose a valued member like Steve Dickerson, his district has been trending away from Republicans for many years. District 20 was won by Hillary Clinton in 2016 and Karl Dean and Phil Bredesen in 2018,” McNally added. “Throughout that time, Steve has represented Nashville with thoughtful and compassionate leadership. It is a credit to him and his dedication to the people of Nashville that he was able to hold the district as long as he did. And, he very nearly pulled it off again. Overall, it was a solid night for Republicans in Tennessee.”

Republicans cast Democratic candidates as “super far left,” a strategy that affected the outcome but not nearly as much as the general election atmosphere and Tennessee’s red-state standing.

“Some of these suburban counties were not quite as red, but, man, these rural counties are just toxic for Democrats,” Syler said.

President Trump received 80%-plus of the rural vote, and that “filters” all the way down the ballot, he said.

President Trump picked up 60.7% of the vote, 1.84 million, to 37.4% for Biden, 1.13 million. The results at the top of the ballot mirrored those in the U.S. Senate race to fill the void being left by Sen. Lamar Alexander.

Former Ambassador to Japan Bill Hagerty, who served as commissioner of the Department of Economic and Community Development under former Gov. Bill Haslam, won 62% of the vote against Memphis environmental activist Marquita Bradshaw, who picked up 35% after a surprising win earlier this year in the Democratic primary.

Syler said it’s difficult to discern from that race whether Democrats have a better chance in a statewide race with a liberal such as Bradshaw or a moderate such as former Gov. Phil Bredesen who was drubbed by Republican Sen. Marsha Blackburn in 2018.

“There’s just no real solution for Democrats to crack that wall and to win a statewide race,” Syler said. “Until the Democratic brand gets better in these suburban and rural counties, it’s gonna be virtually hopeless.” 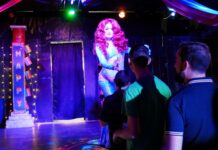 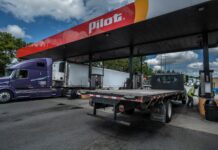 Sexton balks at masks, but Legislature to take other COVID-19 precautions

Nashville Mayor Cooper: City needs to make every effort to save...