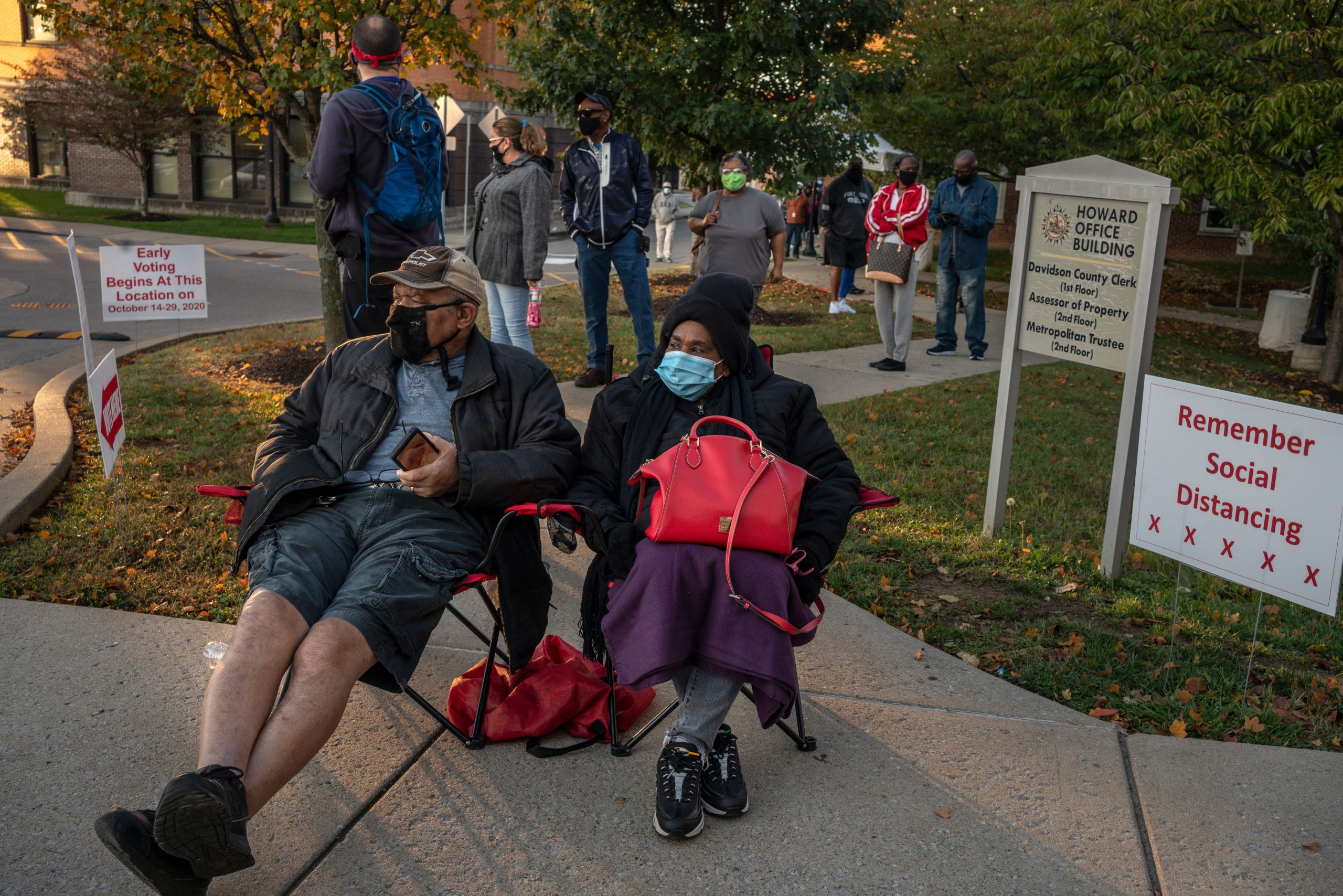 With key states in the presidential election holding up the outcome to count absentee ballots, Tennessee reported no such delays despite handling a record-breaking 3 million-plus votes, including more than 210,400 absentee ballots, after balking for months at legal challenges of the state’s mail-in voting laws.

Tennessee finished its count Tuesday night. But the results of the tight presidential race between Republican President Donald Trump and former Vice President Joe Biden, a Democrat, have been on hold since Tuesday as states such as Pennsylvania, North Carolina, Georgia, Arizona and Nevada continue to count absentee ballots.

The Secretary of State’s Office is touting the COVID-19 plan the Division of Elections put together for the fall vote.

“For months, our office has worked with election commissions and health officials across the state to ensure that in-person voting was clean, safe and secure,” Secretary of State Tre Hargett said in a Thursday release. “Traditionally, Tennesseans prefer to vote in-person. We’ve said it for months, and yet again, voters showed their confidence in the safety precautions in place and their preference to cast a ballot in-person by showing up in record numbers at the polls.”

Hargett’s office fought efforts to expand mail-in absentee balloting before relenting in arguments before the Tennessee Supreme Court to allow people with underlying medical or health conditions to vote absentee because of the coronavirus. Chancellor Ellen Hobbs Lyle later ordered the state to modify its absentee ballot a second time to reflect that people susceptible to COVID-19 because of underlying health problems, as well as their caretakers, be allowed to apply for absentee ballots.

Jake Brown, a Memphis attorney who represented plaintiffs in a lawsuit to expand absentee voting during the pandemic, said Thursday he was satisfied with the outcome of the legal action, though he would have liked to have seen a broader avenue for people to vote absentee.

Even so, the majority of Tennesseans with underlying health problems and their caretakers were able to cast absentee ballots, following the chancellor’s decision and Supreme Court action.

Brown was not aware of any situations in which local election commissions were unable to cope with the extra absentee ballots, which could not be counted until the day of the election.

“I think the system was perfectly capable of handling the increase,” Brown said. “It wasn’t nearly the burden the state was claiming it was going to be.”

County election offices are to submit election results to the Division of Elections by Nov. 23.

The state initially argued in court that its absentee balloting should not be expanded because of the potential increase in cost to the state.

The state contended it would have to prepare for expanded absentee balloting as if every registered voter would vote by mail, even though one of its experts testified that wouldn’t happen. The state ordered 1.4 million forms to prepare for the potential increase in absentee voting.

In addition, the state said the potential for fraudulent voting could go up. Republican legislators also opposed universal mail-in voting, saying it would open the door to widespread fraud.

The Secretary of State’s Office has not reported any cases of fraud connected to the increase in absentee voting.

The Secretary of State’s Office did not respond to a reporter’s questions Thursday on whether expanded absentee voting would be allowed to continue in 2022 or other elections.

In a statement though, Coordinator of Elections Mark Goins said, “We would not have seen the record numbers of voters have such a smooth voting experience during a pandemic without the months and countless hours of planning by Tennessee’s 95 election commissions, administrators, and staff. Thanks to the roughly 17,000 poll officials who stepped up to serve their communities and carry out all the planning to provide Tennesseans with a safe and secure in-person voting experience.”

Rutherford County Administrator of Elections Alan Farley planned for the expanded absentee balloting by basing the potential number on registered voters over age 60, a group that was already allowed to vote absentee without an excuse.

The Rutherford County Election Office spent $80,000 on equipment to handle the extra ballots and stuffed 49,000 absentee application packets in advance of the election. In addition, Farley increased the counting board to 45 people.

Counting of absentee and email votes, mainly for the military, was allowed to start at 7 that morning when polls opened.

“The most overwhelming part was having all those people” on the counting board, Farley said.

Though they’d gone through training, it was difficult to simulate the 8,234 absentee ballots they wound up processing, he said.

List maintenance or voter purges: How the practice of maintaining voter...