The same political rancor that has divided friends and families across the country played out in spectacular fashion among Metro Council members over the weekend, culminating in one member telling a conservative colleague to “(Expletive) off.”

The drama was triggered by a group email sent to council members from a person named Bruce Crawford, who shared a conspiracy video claiming the presidential election was rigged and that because of the situation, “Jesus Christ is coming.”

Metro Councilwoman Ginny Welsch responded to the group email, “(Expletive beginning with the letter F) off.”

Metro Councilman Robert Swope, an ardent backer of President Donald Trump since his first presidential campaign four years ago, took offense at Welsch’s email, responding to the thread, “I would caution anyone in public service from becoming so low as to use profanity to a constituent to express a personal interest. May we all live in peace.” 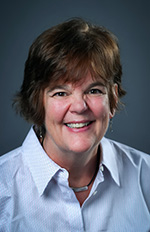 In an initial email responding to Swope, she wrote, “(Expletive beginning with the letter F) off. You should resign.”

Then, in a second email, Welsch wrote, “You’re corrupt,” and included a link to reporting by News Channel 5 showing Swope apparently used his influence to steer state contracts intended for pandemic relief to political friends.

“At the beginning of our last Council meeting (less than 48 hours ago) I started the meeting by requesting that all members of the Council show professional courtesy and respect towards each other and to the people that we serve,” Shulman wrote. “With this country divided, we need to step up and help lead the way towards bringing people together.

Some of the emails on this chain do not reflect that request. I believe you can disagree with others without using inappropriate language and without being disrespectful. I expect the members of the Metropolitan Council to carry out their duties in a professional and appropriate way.”

“I don’t even know where to begin,” Welsch said. “‘Language’ isn’t disrespectful. Refusing to acknowledge that there is no common ground between fascism and democracy is disrespectful. It is NOT okay that we should somehow pretend that those who wish to destroy democracy deserve our respect, or interest, or ‘civility.’ Enough! I expect our leaders to carry out their duties in (a) professional and appropriate way that rejects fascism and asks us to call our professional courtesy and respect towards people who believe in democracy.

“I just really don’t care if ‘they’ feel comfortable. Or listened to.”

Last year, emails uncovered by News Channel 5 appear to show Swope trying to steer contracts to his company Intelligent Transit. Swope was warned at the time by council attorney Mike Jameson that he was in legally questionable territory.

News Channel 5 also showed that Swope appeared to use council offices for a private business meeting with Verizon. Swope said the meeting was about the company bringing its 5G network to the city. According to the News Channel 5 story, Swope also initiated a complicated loan proposal to lend Metro $500 million from a company he is affiliated with in exchange for ownership of some city assets. Metro’s ethics laws forbid elected officials from being involved in such deals, though the loan proposal never materialized after budget chairman Bob Mendes expressed concerns.

Swope was a paid campaign staffer for Trump in Tennessee in 2016.