The thrill of victory, the agony of defeat

A truism of politics is that there’s always a winner and always a loser.

In the case of the 2020 presidential election, Democrat Joe Biden has emerged as president-elect, after clinching Pennsylvania’s Electoral College votes Saturday morning. Sitting President Donald Trump has not conceded and shows no indication he is going to, with attorneys general friendly to his cause filing suit aimed at halting late-arriving mail in ballots. Monday, U.S. Attorney General Bill Barr gave prosecutors the authority to investigate specific instances of voter fraud. 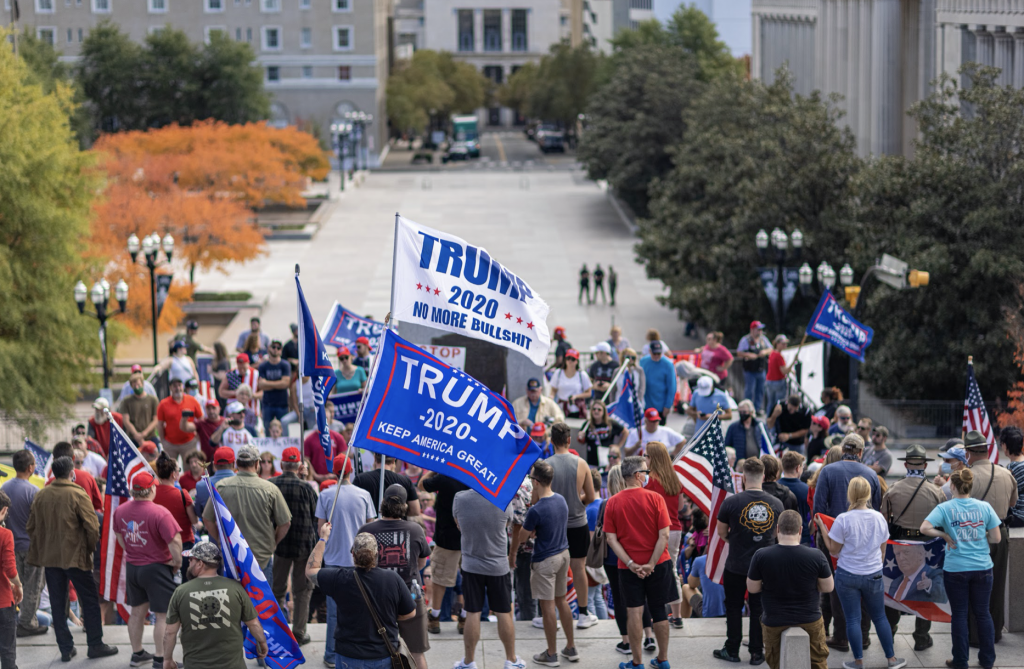 A view of the several hundred people at Nashville’s “Stop the Steal” rally. (Photo: Alex Kent) 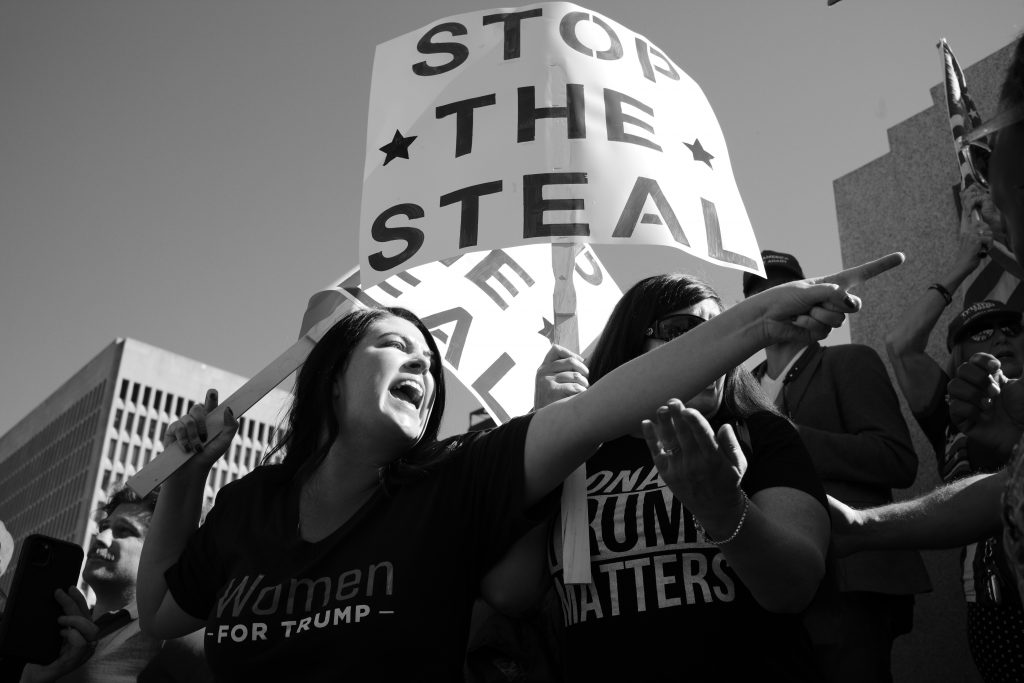 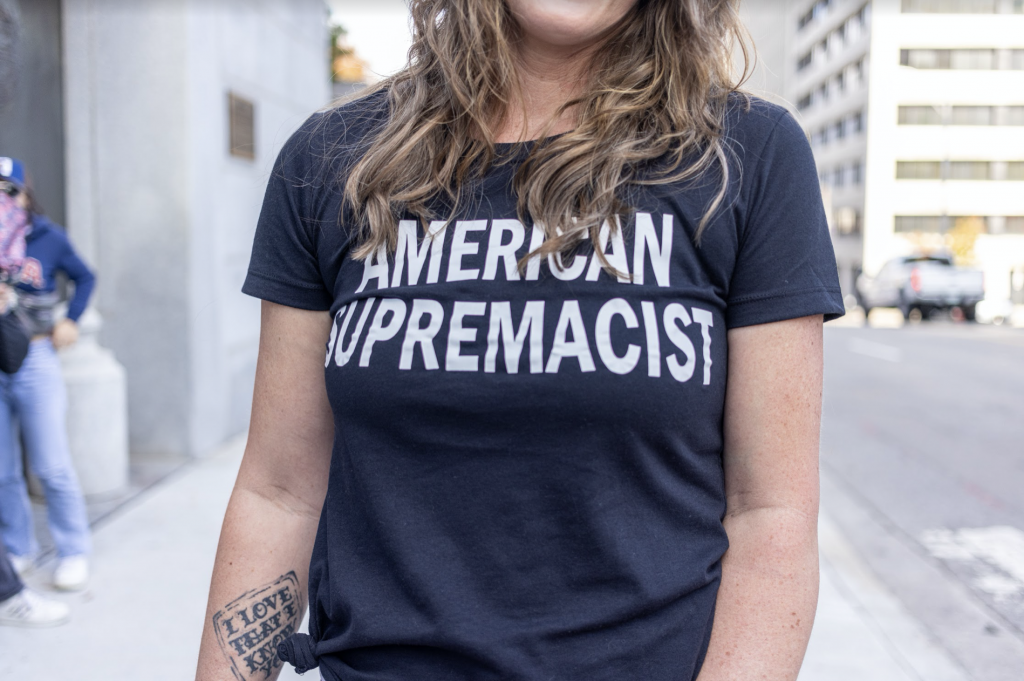 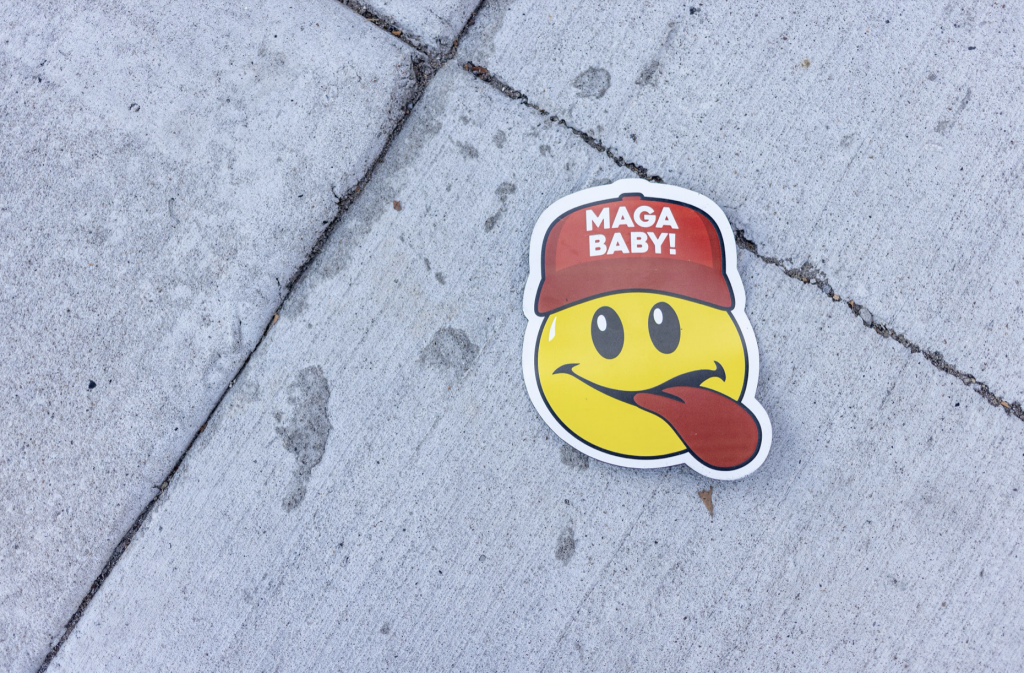 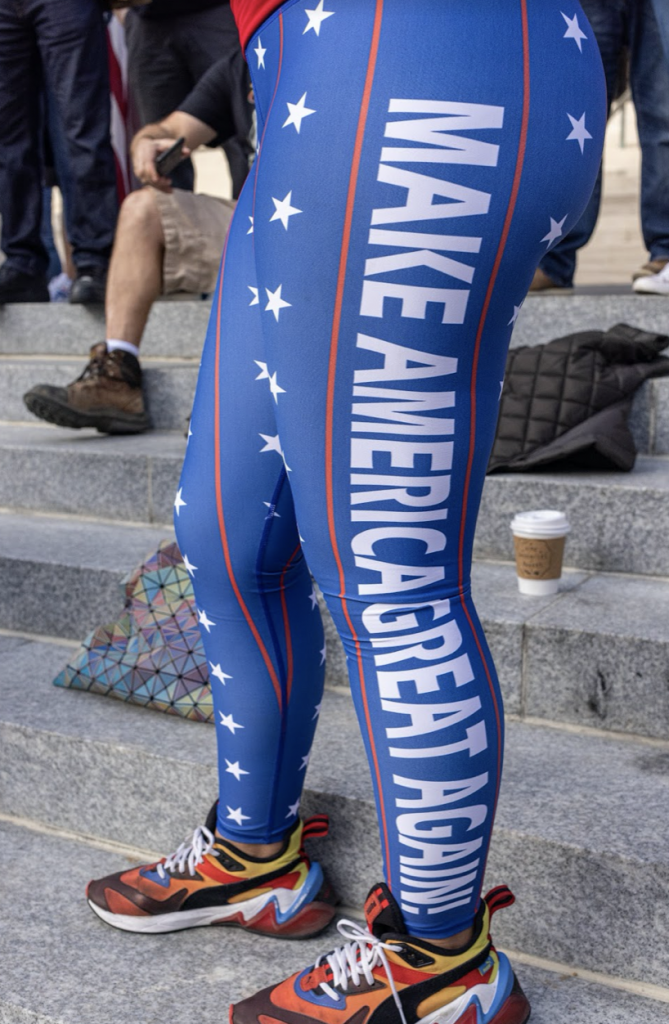 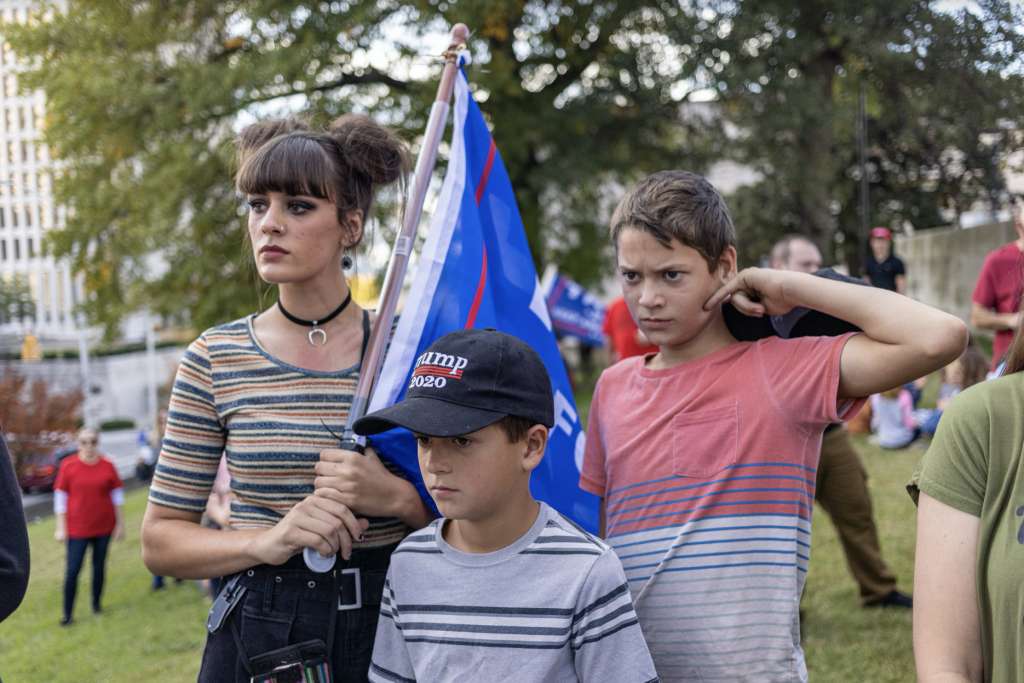 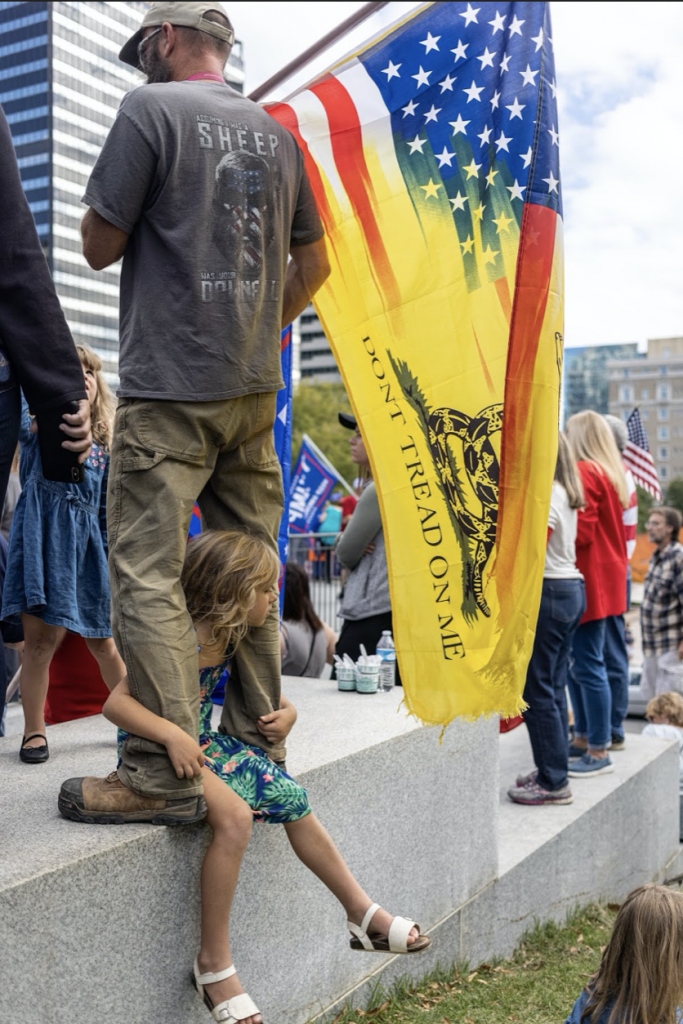 A man, his daughter clinging to his legs, displays a hybrid American-Gadsden flag. (Photo: Alex Kent) 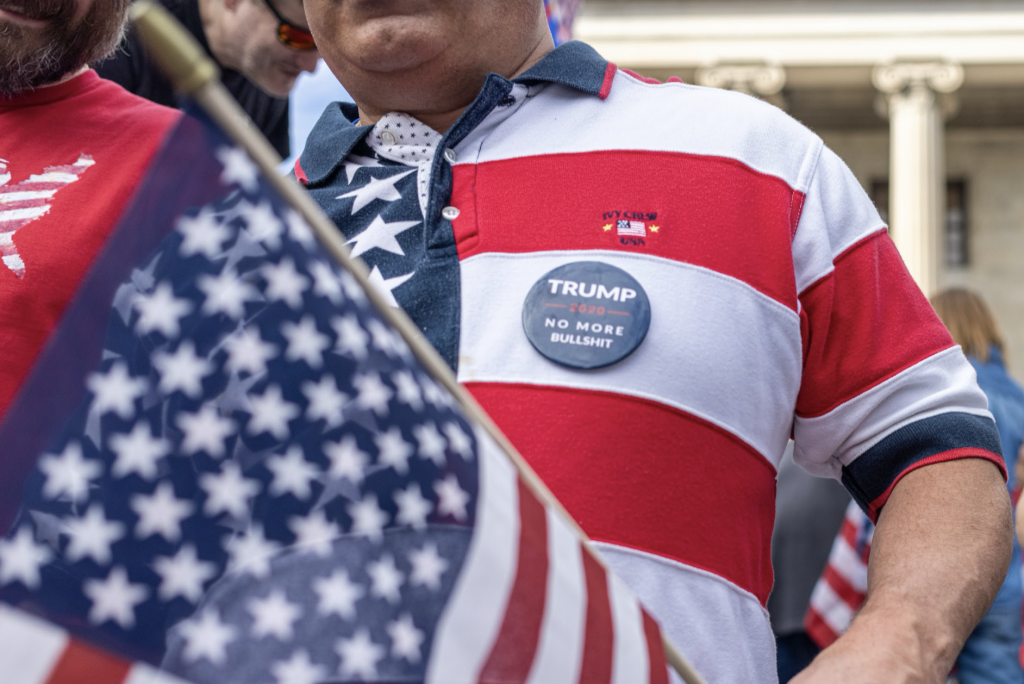 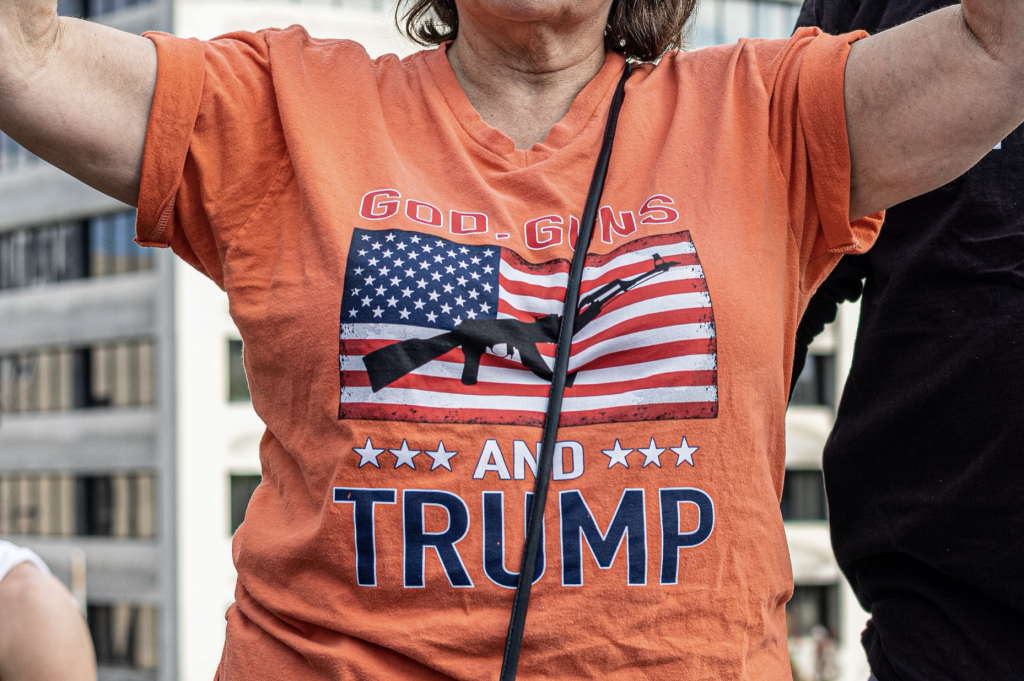 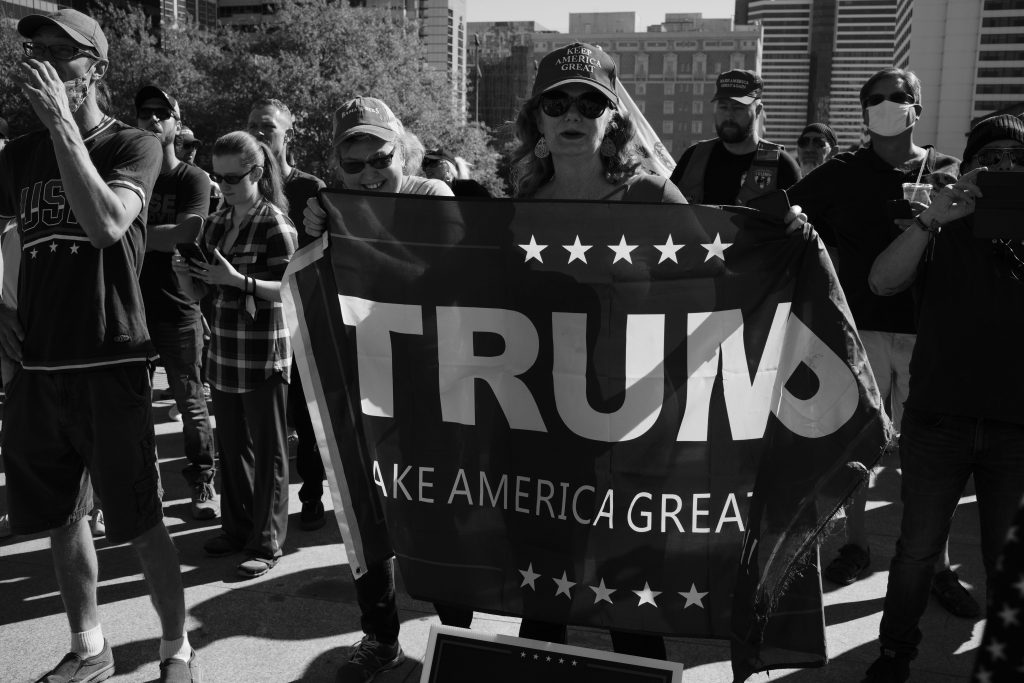 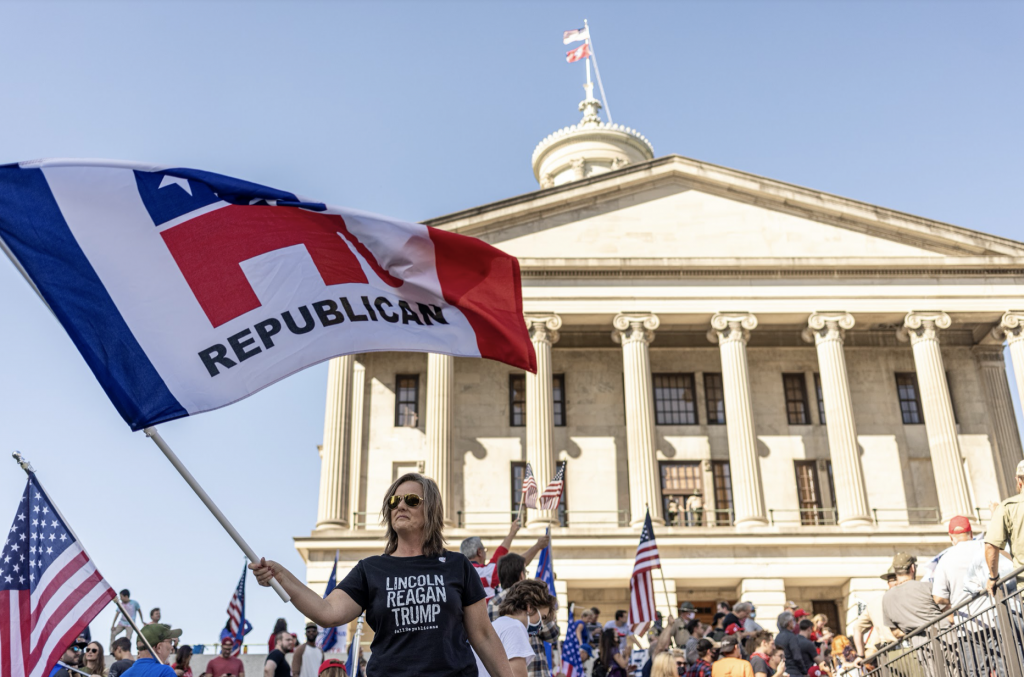 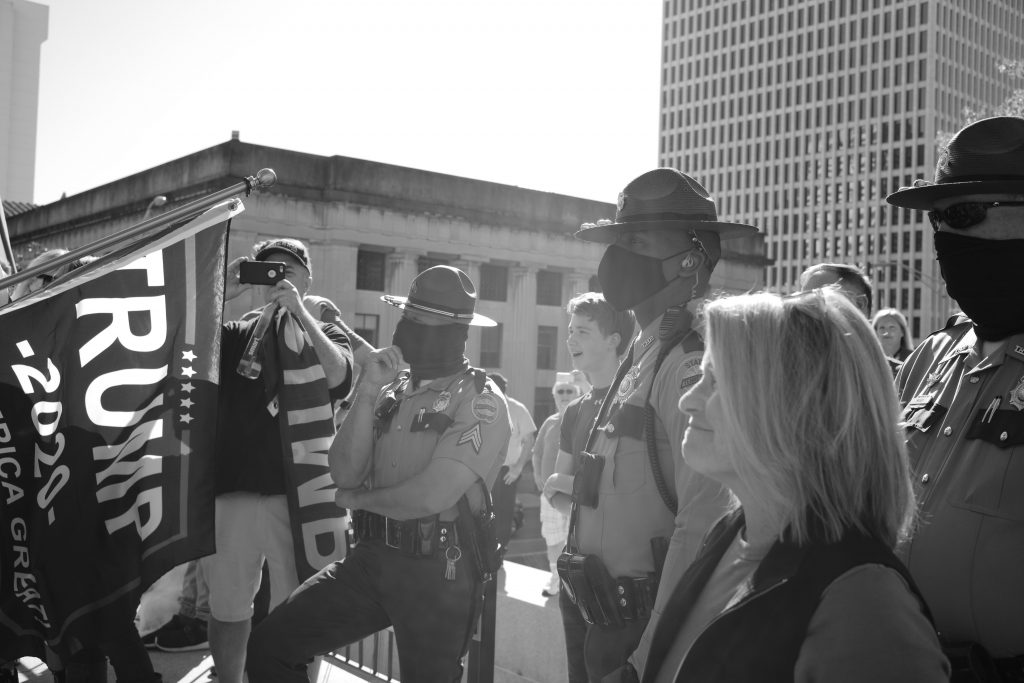 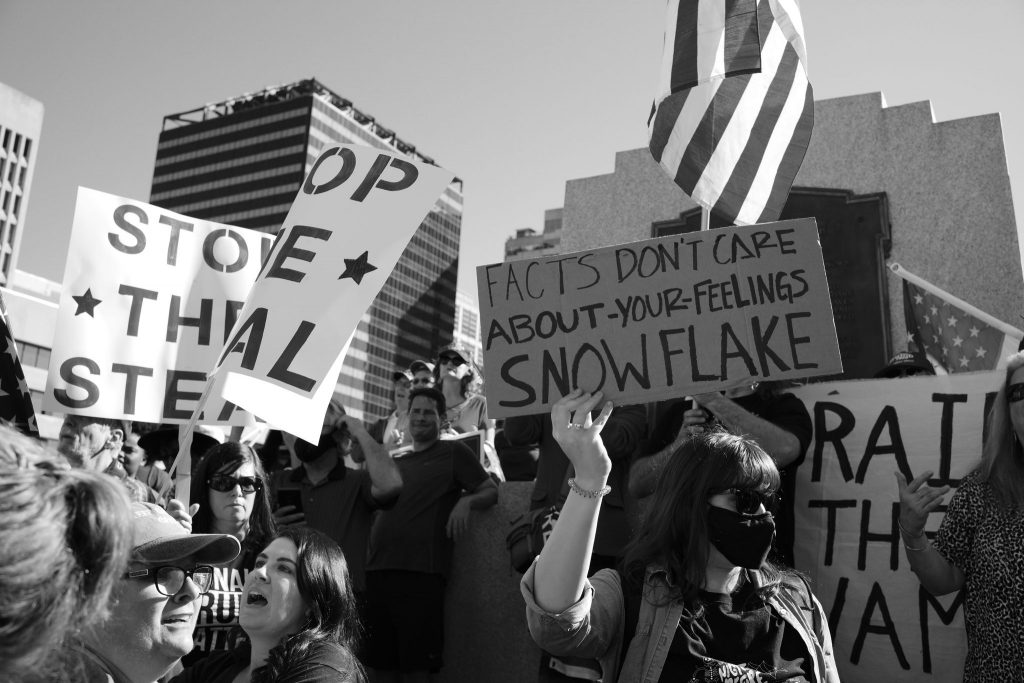 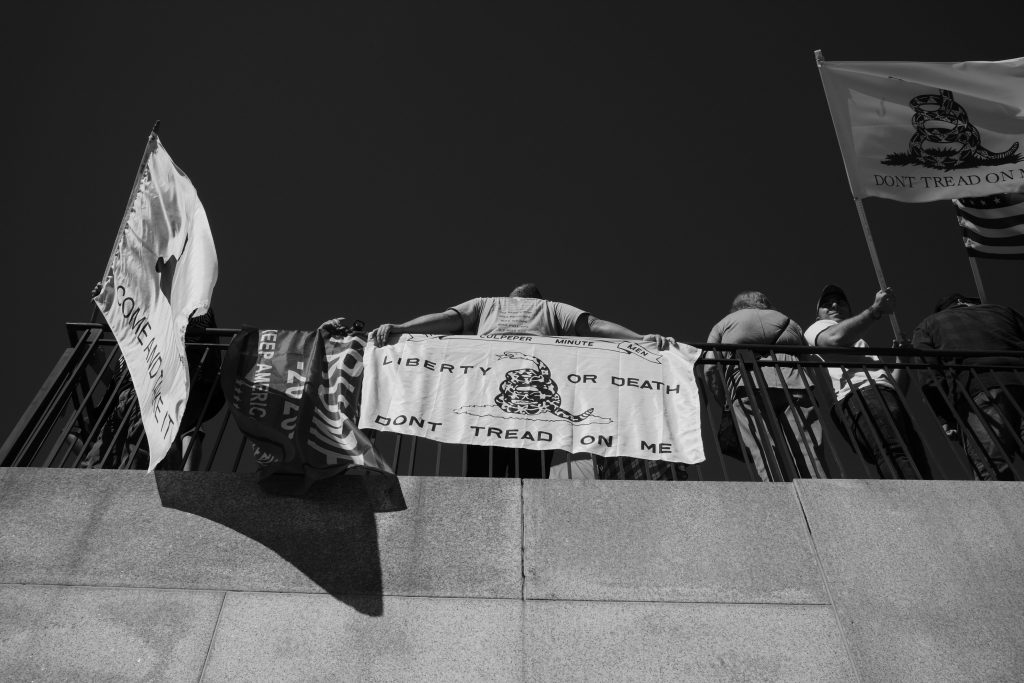 John Partipilo got the happier job of covering the spontaneous  pro-Biden celebrations that broke out in artsy East Nashville, capturing the Champagne toasts on lawns and jubilant dancing, pots-and-pans beating partiers on Woodland Street, site of the Black Lives Matter mural. 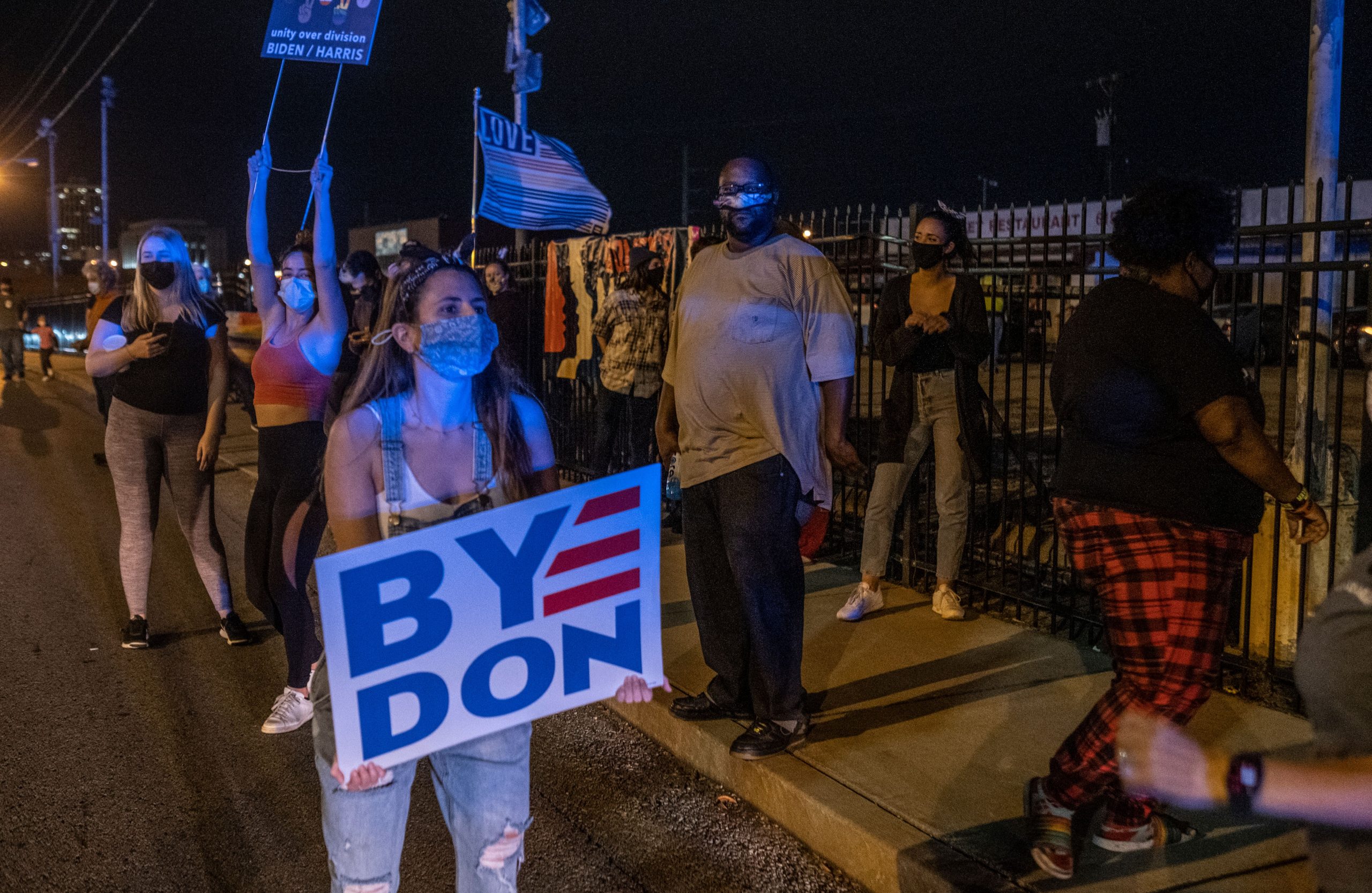 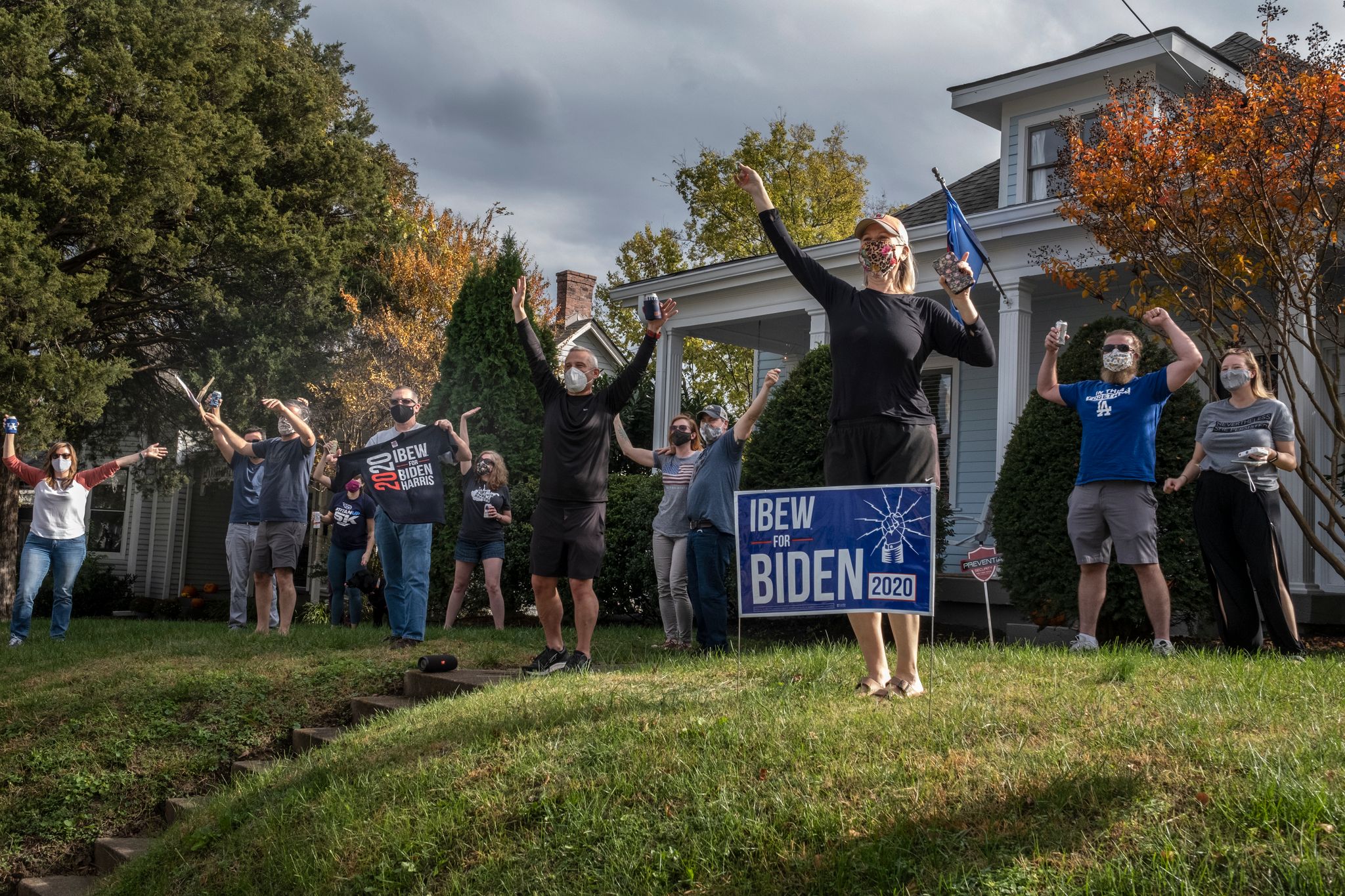 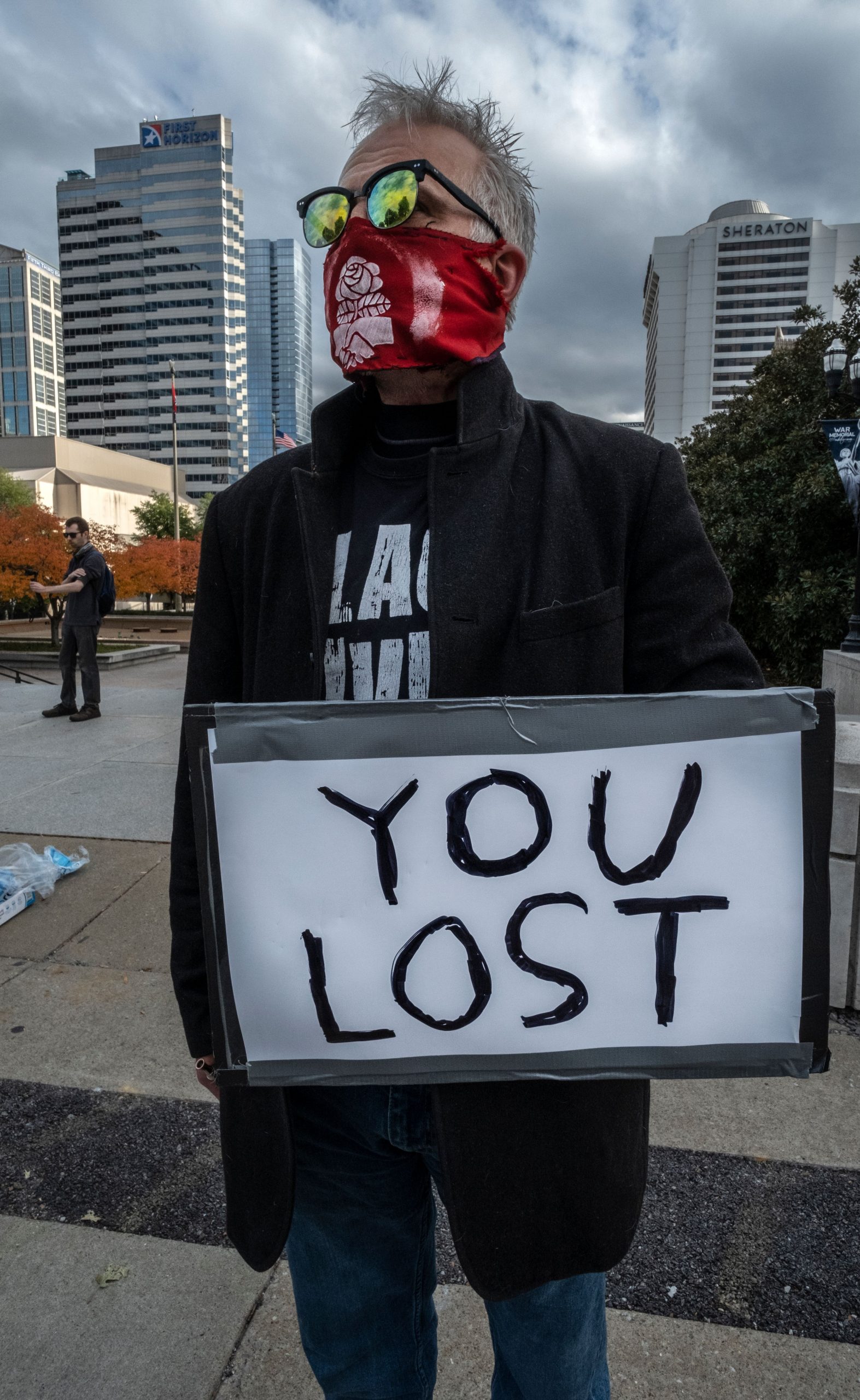 The thrill of victory, the agony of defeat