Nashville, Tenn., Nov. 14 -A supporter of President Donald Trump holds a Trump flag in one hand and rosary beads in the other while standing at the Tennessee State Capitol for a “Stop the Steal” rally. (Photo: Ray Di Pietro)

For the second weekend in a row, supporters of President Donald Trump converged on the Tennessee State Capitol and the Legislative Plaza in Nashville for a “Stop the Steal” protest of the election of President-elect Joe Biden.

Several hundred people gathered the same day thousands gathered in Washington, DC for what was alternately known as the “Million MAGA March,” “Stop the Steal DC,” or “March for Trump.” The Washington event event became violent as counter-protesters clashed with Trump supporters, but the Nashville event remained peaceful.

Few Tennessee state troopers were on the scene, despite a new law that criminalizes common protest tactics, including marching in the streets.

Justin Jones, a political activist who was one of the leaders of Black Lives Matter protests at the same site during the summer — and who was arrested several times — commented on Twitter.

“I think they have the right to protest there (no matter how wrong they are lol). I also think we should have had the same right when we protested 62 days there this summer, for racial justice, but were met with mass arrests from Gov. Bill Lee’s troopers,” wrote Jones. “That’s the difference.”

“TN freedom lovers don’t  need Troopers because they don’t leave trash everywhere, nor harass and bully those they disagree with, nor do they block the public from driving,” wrote Faison. “They don’t spit and yell at the troopers. They don’t deface public property and tear stuff down. Leftists do.”

Photographers Ray Di Pietro and Matt Bastin were on the scene to capture the crowd. 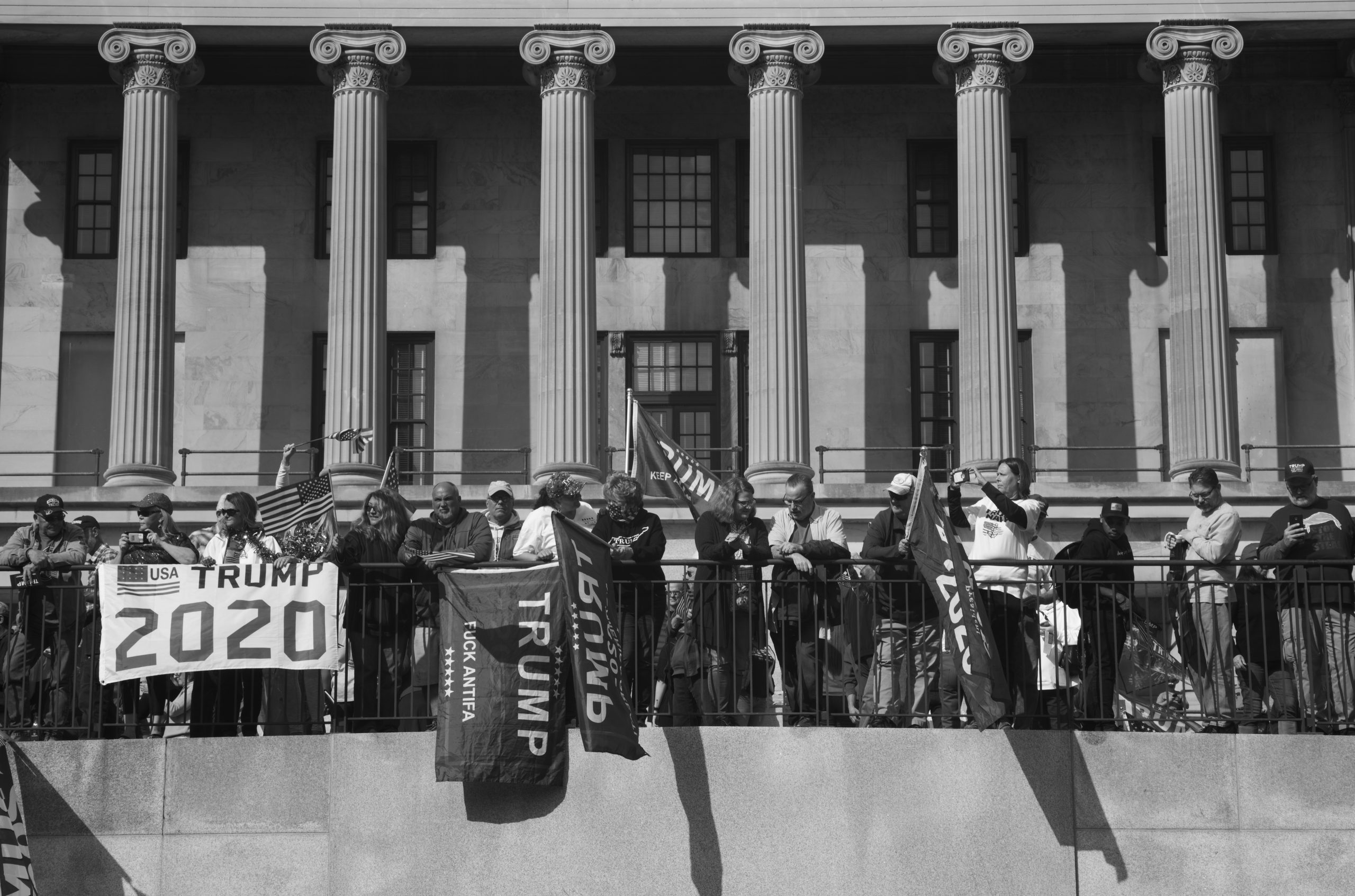 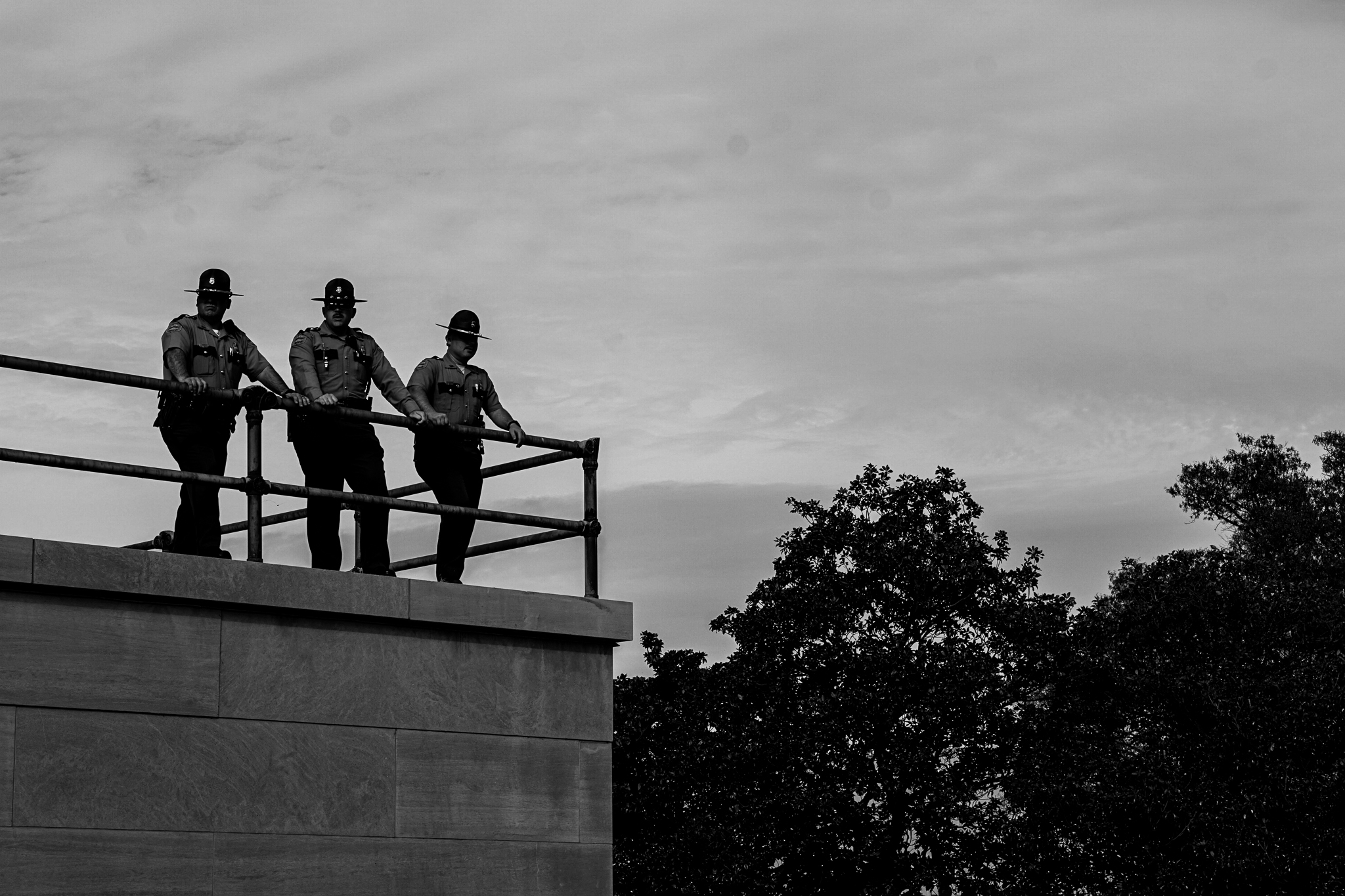 Three Tennessee State Troopers at the capitol look over the crowd below. (Photo: Matt Bastin) 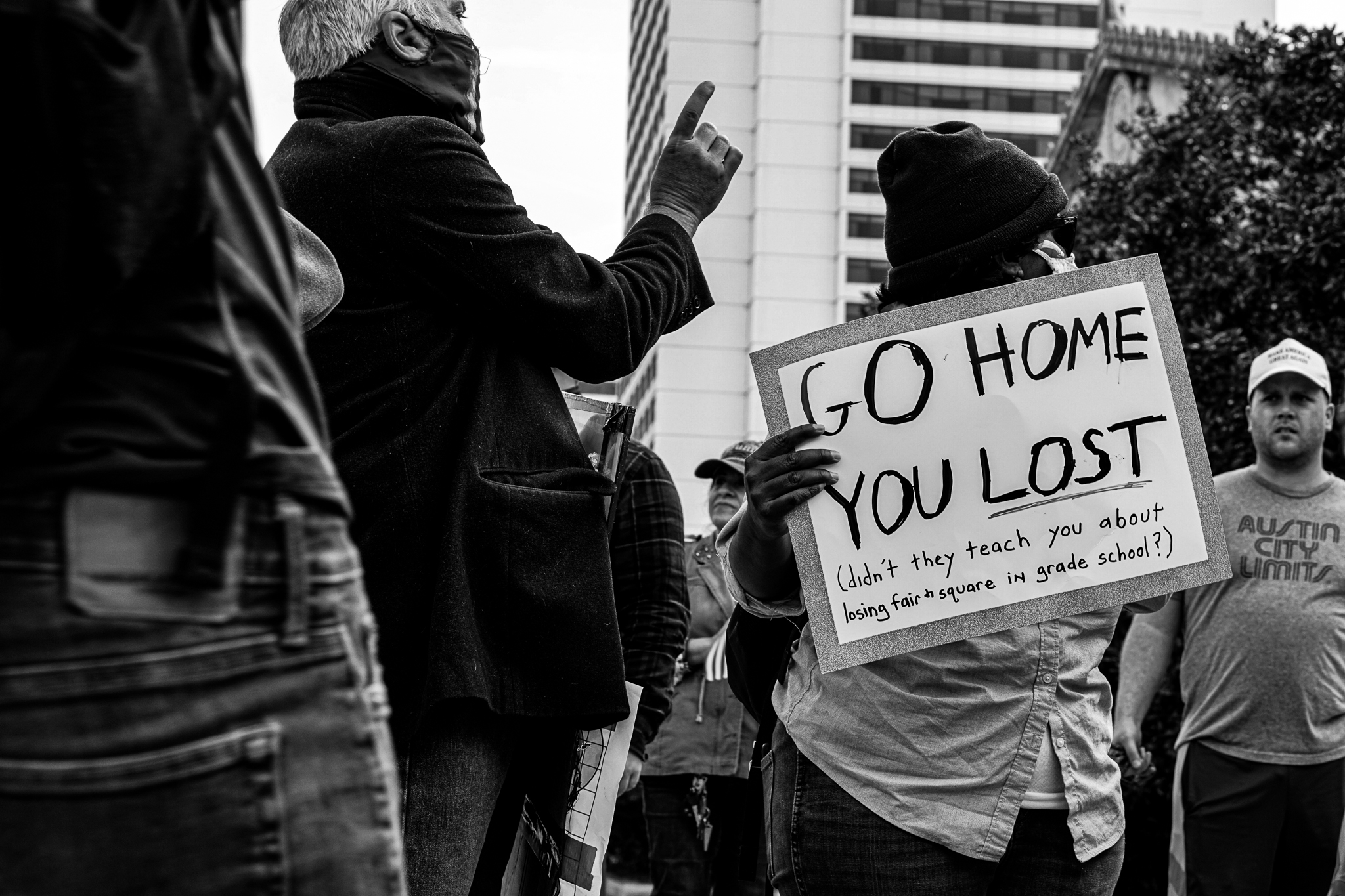 A counter-protester has a blunt message for participants at “Stop the Steal.” (Photo: Matt Bastin) 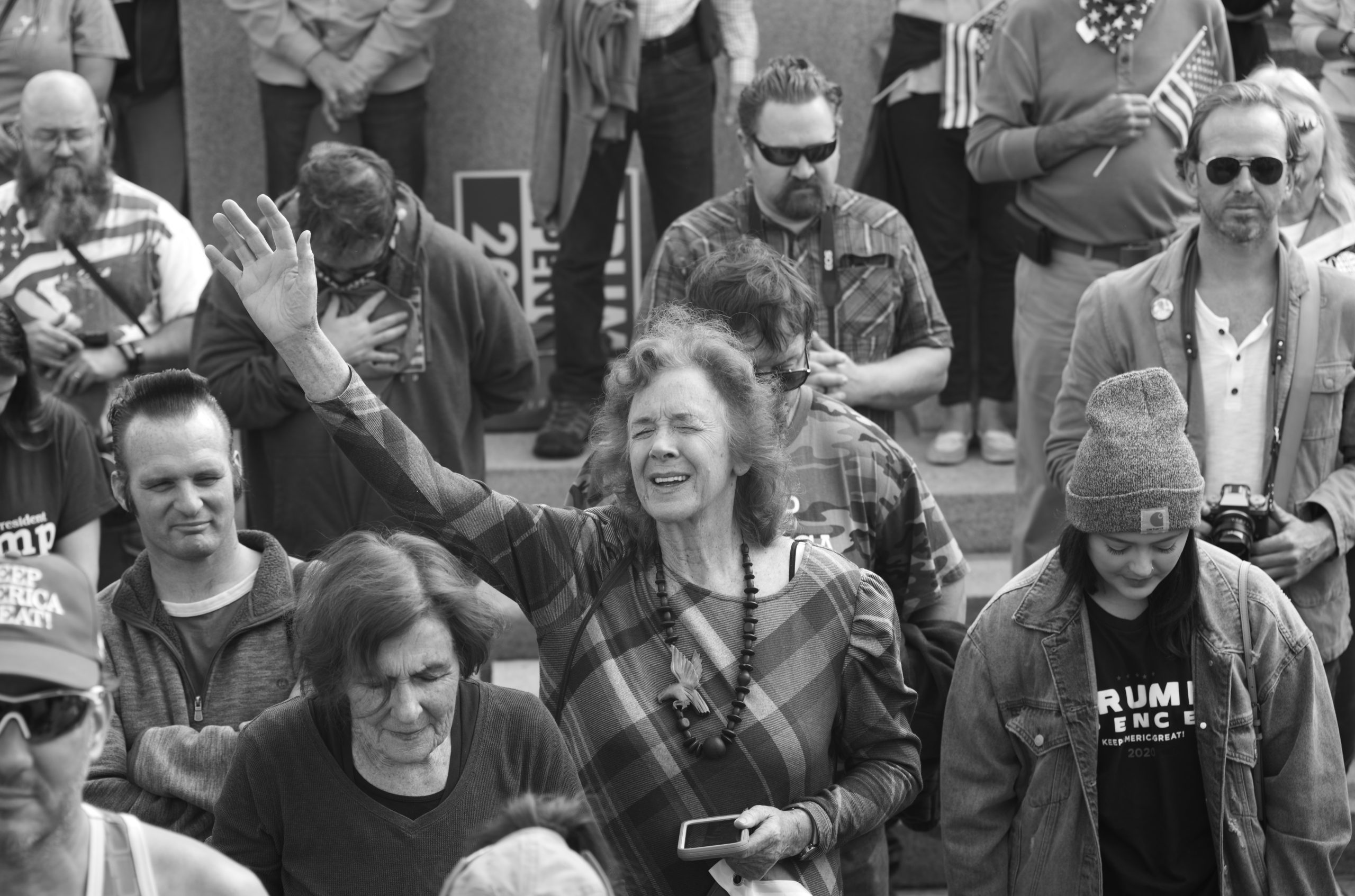 A woman closes her eyes during a prayer at Saturday’s “Stop the Steal” rally in Nashville. (Photo: Ray Di Pietro) 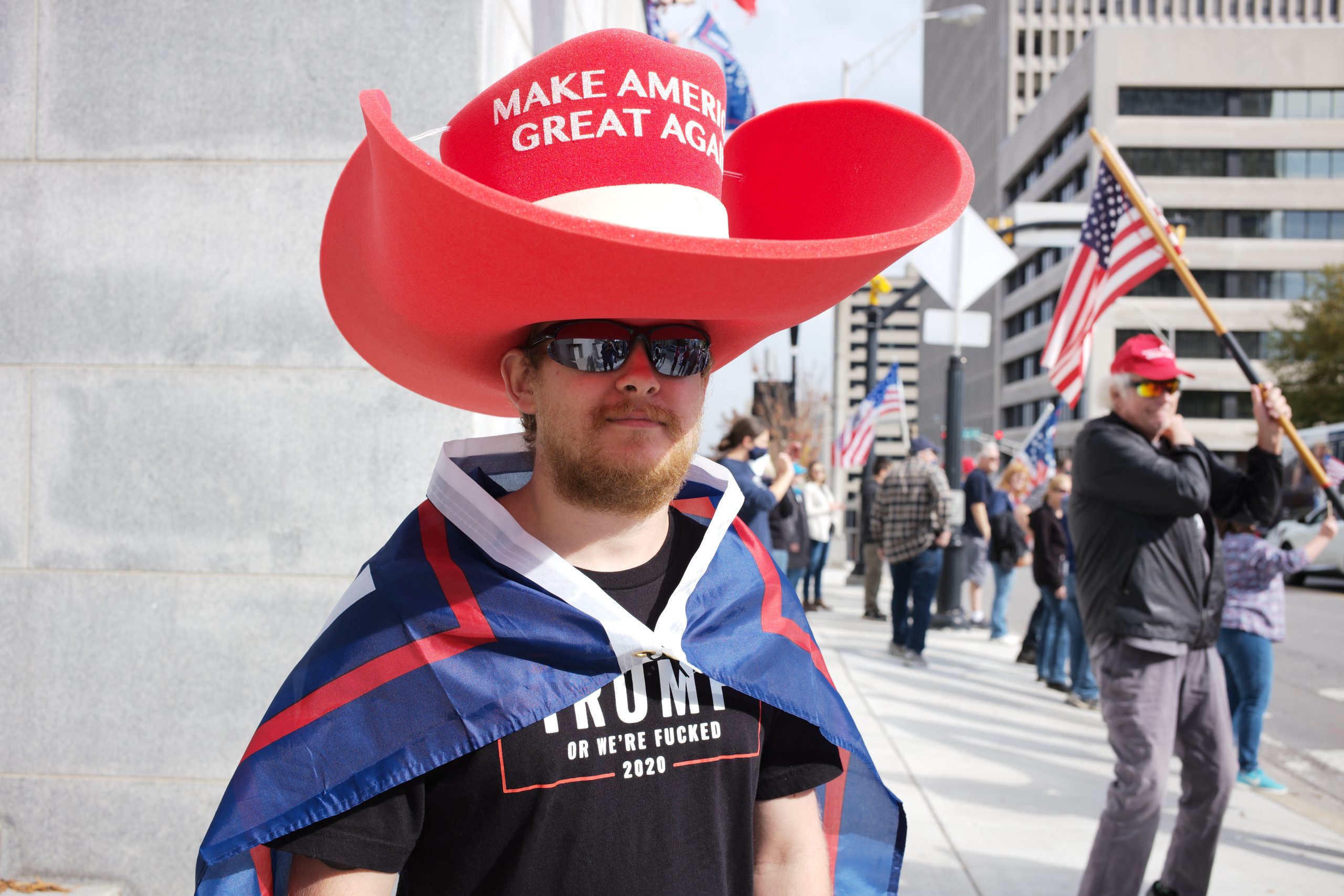 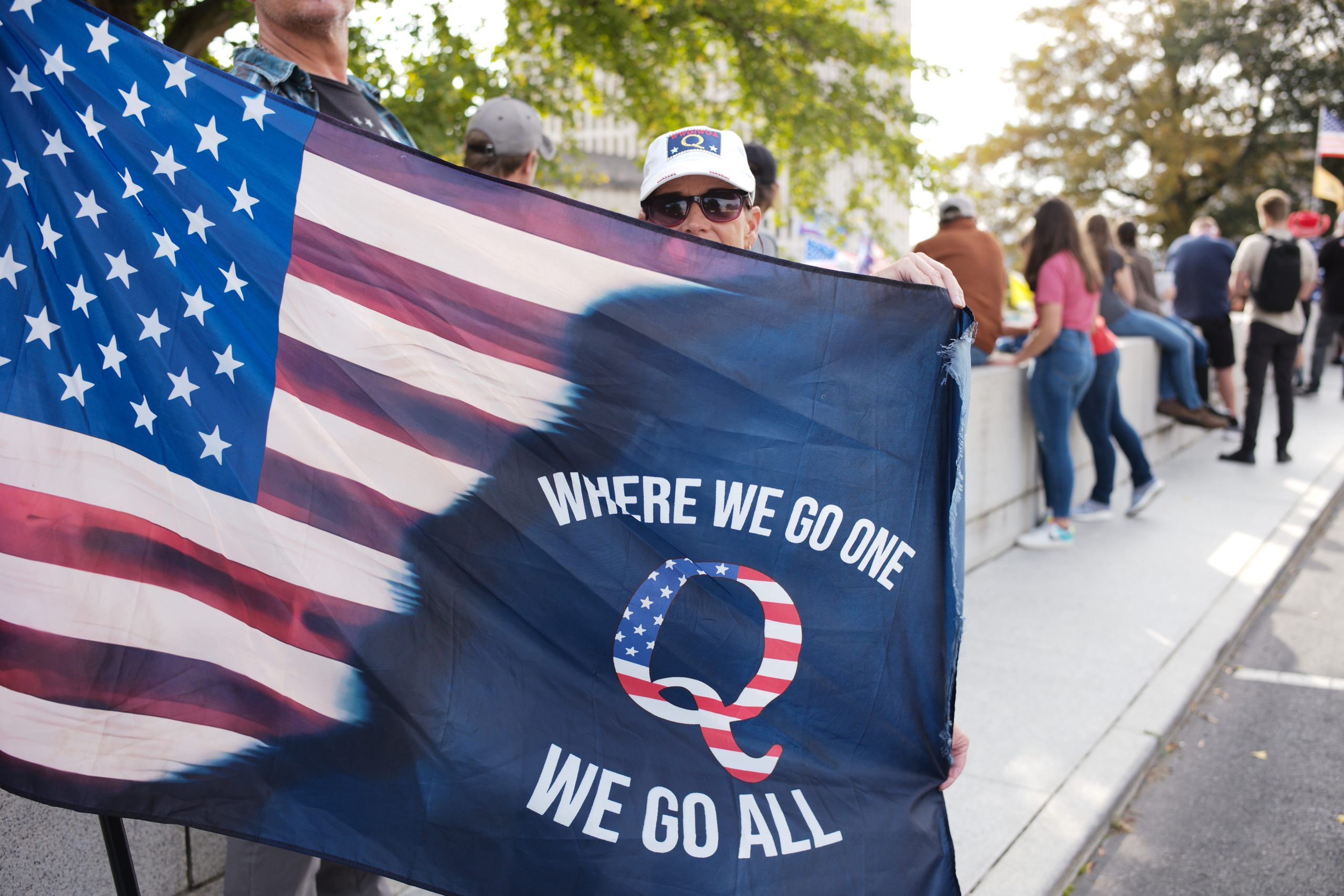 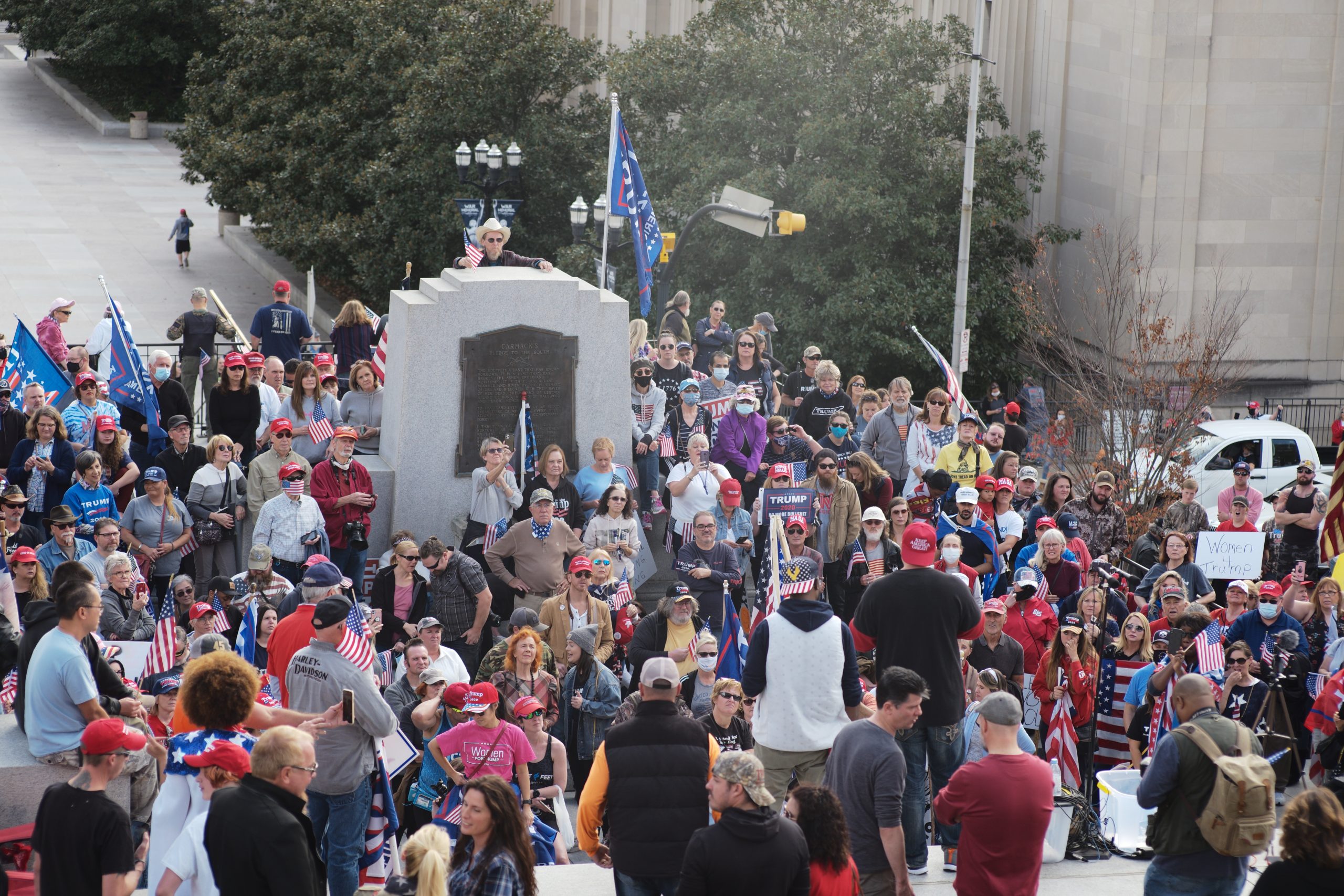 Hundreds of protesters surge around the former site of a statue or Edward Carmack, just blow the capitol. (Photo: Ray Di Pietro) 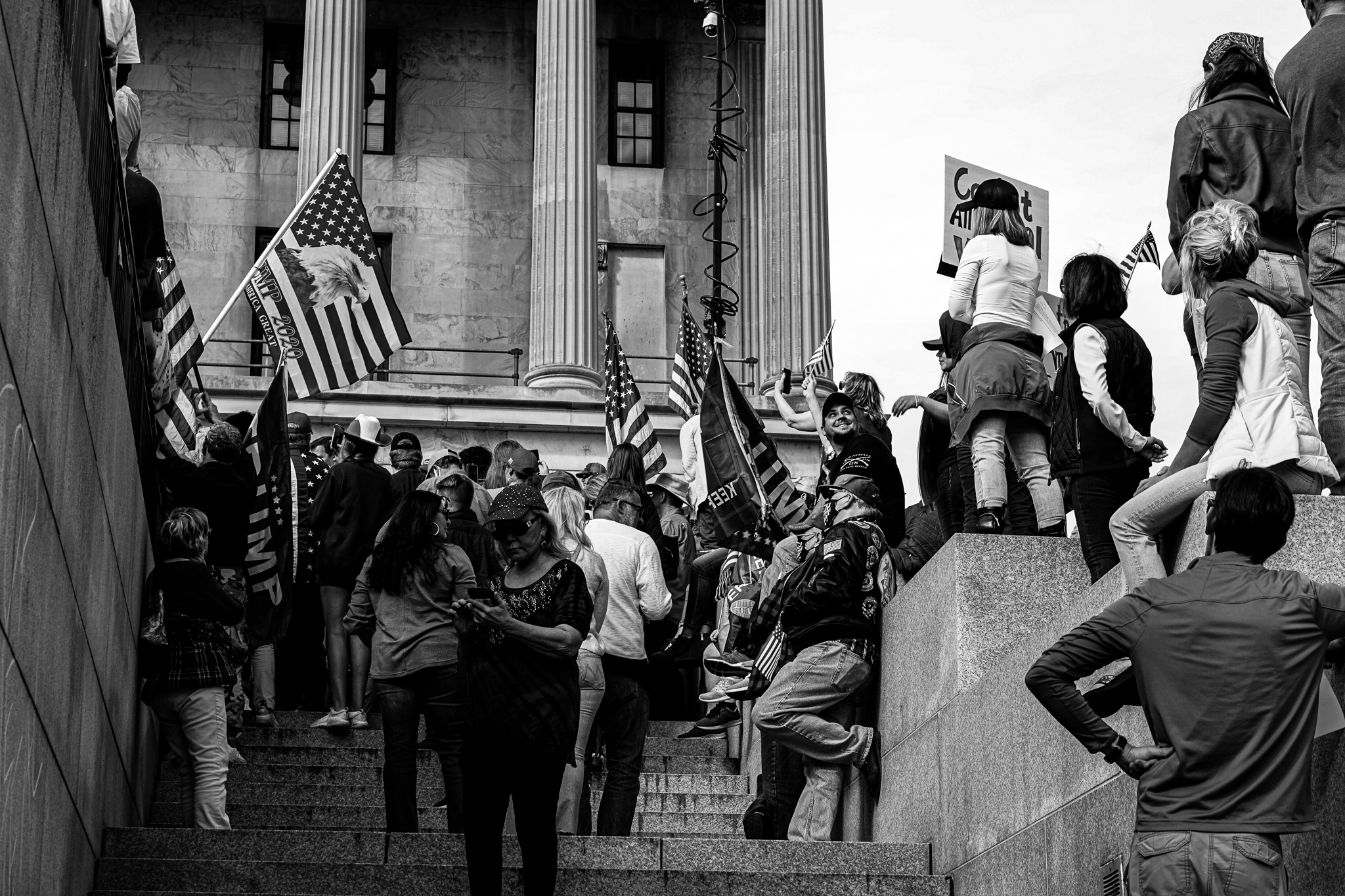 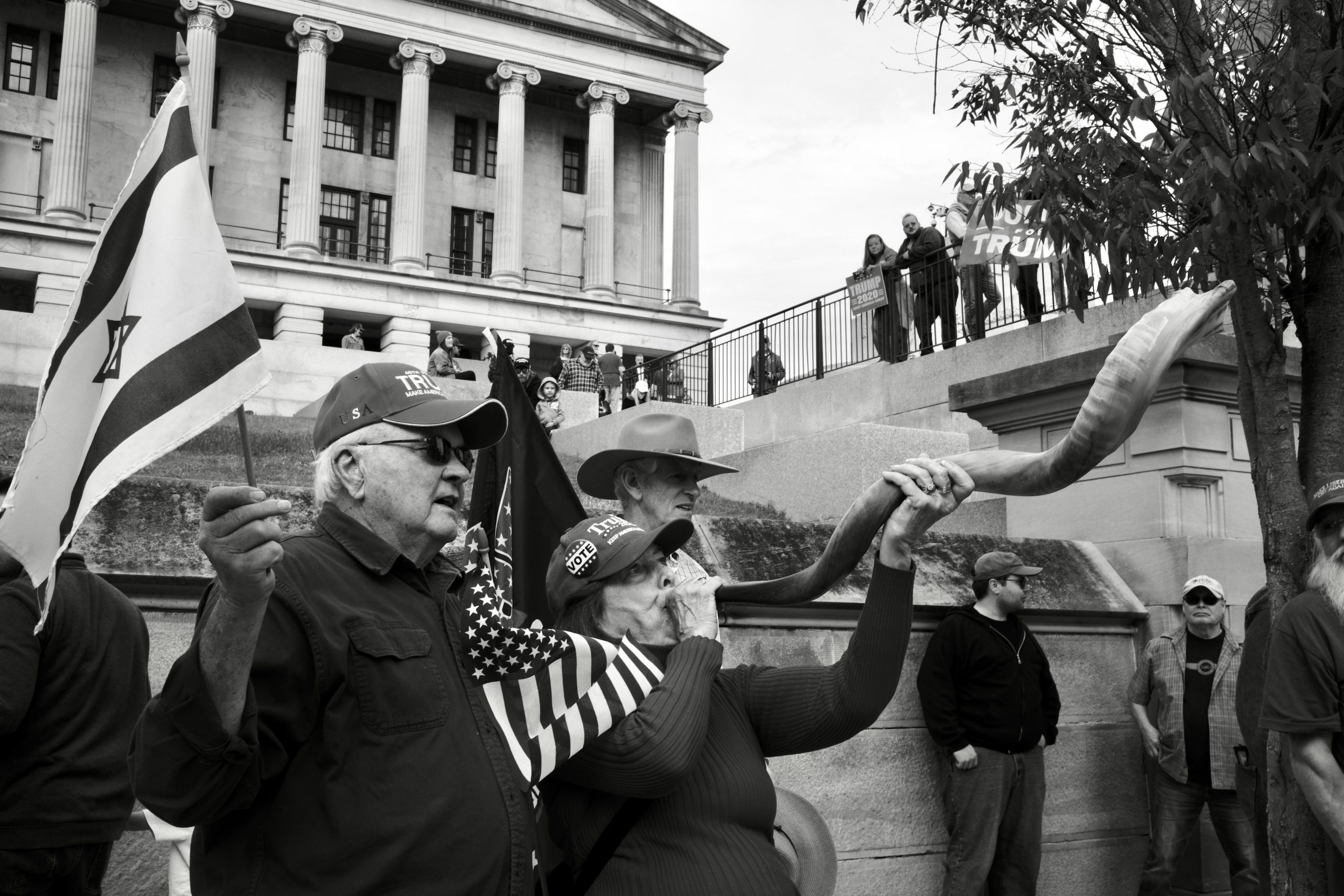