The Metro Nashville Planning Department will soon embark on redrawing the Metro Council and school board district boundaries although the process likely won’t come with the political fanfare or controversy of state redistricting.

The Metro Charter requires the district lines to be redrawn every 10 years. Each of the council’s 35 districts must contain an approximately equal portion of the population and the same is true for the nine school board districts.

That means the redistricting process, which is led by the planning department, can’t begin until after the U.S. Census Bureau releases the updated population data for Davidson County in 2021.

Greg Claxton, planning department’s manager of the advanced planning and research division, said he expects the census data will be released by April 1, 2021. Once the data is in, the planning staff will begin adjusting the existing council and school board district lines. Under the 2011 redistricting map, each council district contained within 5%  of 17,905 people.

Claxton said the planning department uses special software to draw the lines, and the process features substantial public input. Unlike 2011, when there was a Metro election in August of that year, the department won’t be under a tight deadline to redraw the lines.

Because of the population growth in Davidson County, Claxton estimated that each council district will contain about 20,000 residents. The planning department releases initial maps, collects feedback from residents and elected officials and then makes recommended edits.

“It’s important because this is one of the things that shapes how people interact with their representatives,” Claxton said. 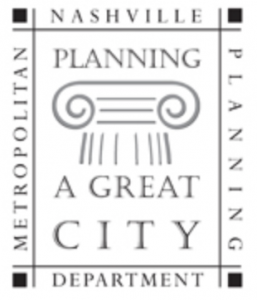 The planning commission has six months to approve the new maps and send them for council’s consideration, according to the charter.

The redrawn lines must be approved by the Planning Commission and then by council. If the council rejects the planning proposal, that’s where the process could hypothetically get complicated.

“The council can adopt or reject the Planning Commission’s redistricting plan, but the plan may not be amended,” Metro Council attorney Jon Cooper said. ‘In the event the council rejects the plan it may adopt its own plan and submit the council plan, together with the plan forwarded by the planning commission, to a referendum vote with 27 council votes.”

The state process, which covers state legislative districts as well as the congressional district boundaries, is highly scrutinized and often leads to legal challenges.

Because Metro elections are nonpartisan, Claxton said the city doesn’t typically face the same controversy. However, in 2011, there was a push by Bellevue area council members to amend the district lines submitted by planning. That proposal failed to gain approval from a majority of planning commissioners at the time.

Claxton said the department already knows two areas of town have received substantial population growth in the last decade and will require careful consideration as the lines are redrawn: downtown and the Antioch area.

“There’s a little bit of focus (on those areas) from that perspective, because you have to maintain population balance,” Claxton said.

Claxton said the planning department would outline the process to council in January, and said the most important component is making sure the public weighs in. In 2011, residents had the opportunity to even redraw their own maps working with staffers at computers during public meetings.

“I think it usefully exposes people to the real tradeoffs you have to make in doing this,” Claxton said.

These are the top states for contributions to U.S. Senate candidates...