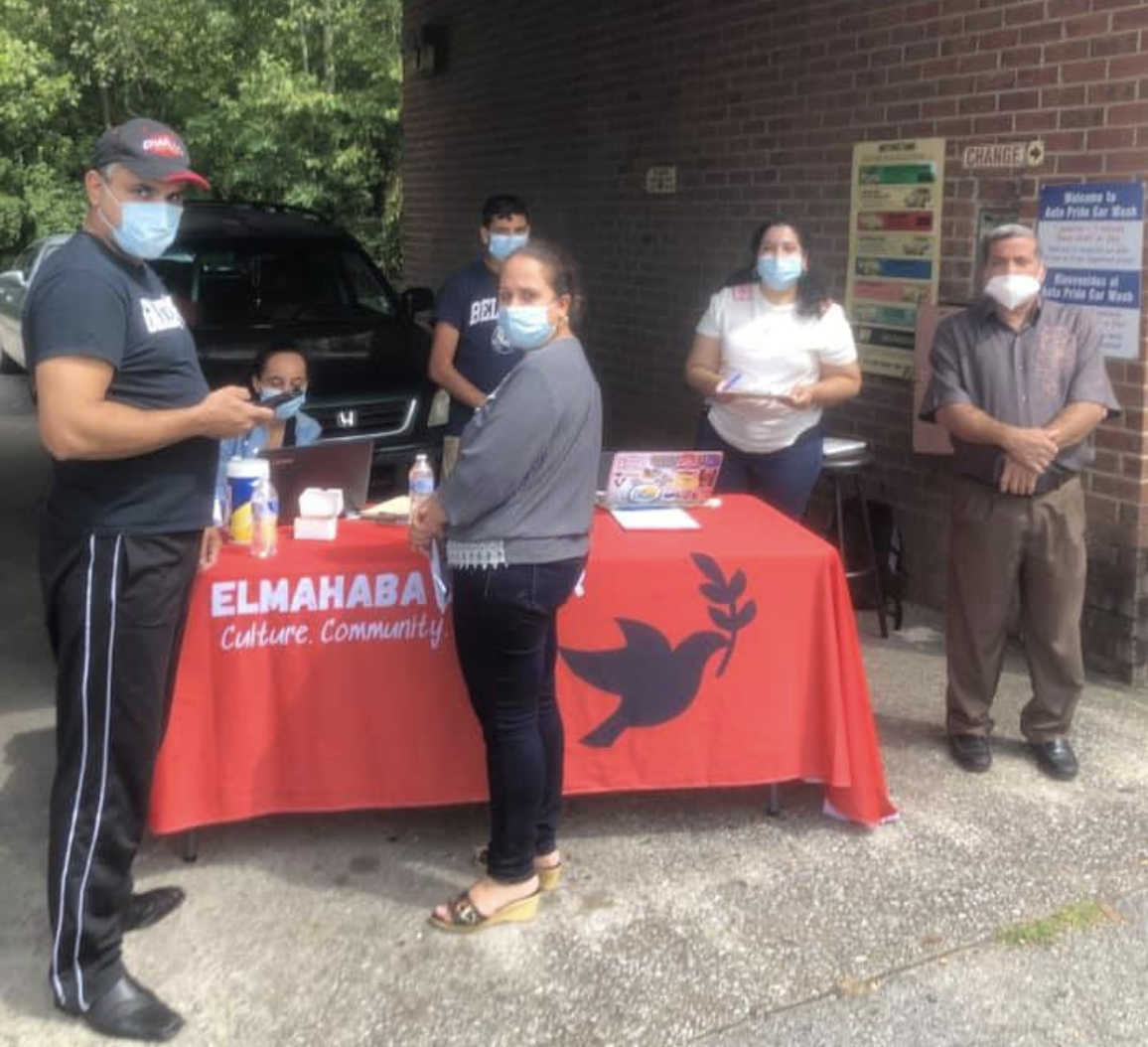 Nashville has a thriving immigrant community with residents speaking more than 130 languages. But that same diversity created challenges for Metro Nashville government officials when the COVID-19 pandemic reached Tennessee in March.

Several of Nashville’s established immigrant communities either already had social media platforms or were in the process of developing outlets to be able to communicate vital news to community members and as it turned out, there wasn’t a better time for them to be able to share information.

Egypt in the 1960s was a time of political turmoil and a difficult time for Christian Egyptians. Many fled oppressive governments, avoiding populated areas like New York City to settle in Nashville in the 1990s, where Gaylord Opryland Resort and Convention Center had plenty of service jobs to fill. In 2019, three women started Elmahaba Center (Elmahaba translates to ‘unconditional love’) to improve the image of the community and to unite the community in Antioch.

Even  before the pandemic started, Elmahaba staff was troubled that important information was not available to their community. Coptic churches were closed off from outside sources and government officials were not aware that materials presented in standardized Arabic were inaccessible to most Arabic groups. Many immigrants were also illiterate.

In January, Elmahaba staff started to livestream about current issues and addressed longstanding mistrust in government officials compiled by an unwelcoming environment in the states.

“You can put flyers anywhere you want and say ‘this is an event that’s happening or this is a current social thing that we need to talk about.’ People are not going to register that for two main reasons. There’s a lot of mistrust in the community, so a piece of paper means nothing. It’s who’s saying it, so that people can know why it’s being said. It’s very cultural,” said Yousief, adding that inviting community leaders was key to gaining traction.

When the pandemic began in March, Elmahaba staff was ready to go as one of the only credible sources of information to address the initial confusion within their community. The online platform was also able to create a sense of community, with members discussing their unemployment information and answering each other’s questions.

“We always think of news as a newspaper, again, most of this community news is oral. News comes from your neighbor saying ‘Oh, I’ve gone through that too,” said Yousief.

The live streams eventually amassed an average of 3,000 viewers, with the Coptic community being joined by Yemenis, Kurds and other Arabic-speaking immigrants. While their main connection to the community is social media, misinformation is also prevalent on the same platform, and Elmahaba staff seeks to address this by only posting information from credible sources. They try to aim for intergenerational spaces to close the gap between the conservative older generation and the progressive younger generation, such as addressing gossip.

There's a lot of mistrust in the community, so a piece of paper means nothing. It's who's saying it, so that people can know why it's being said. It's very cultural.   – Lydia Yousief, Elmahaba Center

After the Gulf War, Kurdish families immigrated to Nashville in the 1990s seeking to escape oppressive government and find job opportunities.  Today there are 20 different Arabic groups located in Tennessee, with the Kurdish community being the largest in the U.S.

Although the community has become established, there were no news outlets that catered to the Kurdish community.  When the community was impacted by COVID, the non-profit Kurdish Professionals —a professional networking organization– spent weeks reworking their social media platform to meet the news needs of the community.

“As far as educating our community, we got pharmacists, we got doctors, we got epidemiologists to engage in webinars with our leadership groups on our Facebook page and from that we were able to engage a wide audience,” said Dilman Yassin, community outreach coordinator at Kurdish Professionals.

Yassin and others on her team work with Mayor John Cooper’s office and were able to directly communicate available resources to the community, including distributing personal protective equipment

“We were given over 1,000 masks from the Nashville Soccer Club that were written in Kurdish to kind of accommodate our community and to really enforce the mask wearing,” she said.

They also had to address the issues with standardized Arabic, noting that two dialects are prominent, and using one or the other limited the other half of the community. In livestreams, the group  primarily targets the Nashville community in English while translating the material into different dialects. While the  older generation came to Nashville as refugees and placed importance on assimilating their children by promoting English, the younger Kurdish generation speaks Kurdish but does not read or write in Kurdish.

“The reading and writing is really for the older generation, so we try to engage in both dialects as much as possible when we can,” said Yassin.

Kurdish Professionals participated in the census to try to gage how members make up the Kurdish community and their different religions.

In Nashville, where roughly 132 languages are spoken, school officials have taken multi-tier approaches to reach the community. A large portion of Metro Nashville Public Schools’ student body is made up of children that speak a language other than English, including Latinos, Egyptians, Kurdish, Somali, Burmese, Nepali, and Vietnamese, in that order.

“We started providing COVID information as soon as it became available, particularly before we decided to close schools back in March,” said Ruben De Pena, MNPS Equity & Diversity Coordinator.

Partnerships with local media have helped De Pena reach the Spanish-speaking community, which makes up 10% of Nashville’s population, according to the U.S. Census Bureau.

Reaching families that speak a language not covered by MNPS services is more difficult, about 10% of the student body, but officials find solutions, such as outsourcing services.

‘We’re not through this’: Governors plead with Congress for emergency assistance

The New Normal, Part 3: After being closed for months, Jefferson...