Not all neighborhoods are averse to license plate readers or neighborhood surveillance. Gina Coleman has lived in Haynes Park for 39 years and she and neighbors raised $4,500 for 2 security cameras in the neighborhood. (Photo: John Partipilo)

After a rash of disconcerting crime in North Nashville’s Haynes Park, neighbors were tired of feeling like “sitting ducks,” according to community activist Gina Coleman. Coleman and her fellow Haynes Park Neighborhood Association board members are doing something about it—fundraising for security cameras, hosting fish fries and other community efforts to reduce crime and change the neighborhood’s reputation.

In May, multiple people were injured in a Friday night shootout that sent three to the hospital. In July, two men suspected of dealing heroin in Nashville and Cheatham County were arrested on Haynes Park Drive. Metro Nashville Police and TBI stated 33 grams of heroin, two rifles, two pistols, and more than $30,000 in cash were seized from their residence. Last week during a call between Tennessee Lookout and Haynes Park neighbors who wanted to speak about their fears, a man wanted for the murder of a Metro Schools staff member was arrested without incident in the nieghborhood while sleeping in his car. According to neighbors, shootouts happen often, sometimes during broad daylight, and motorcycles and vehicles speed down their streets.

“It’s a dangerous neighborhood to be in right now and I don’t feel comfortable at all,” said one neighbor who wished to remain anonymous out of fear of retaliation. “The police will come and do what they have to do, but we need more protection.”

Neighbors told the Lookout most of the crime comes from strangers who rent nearby and haven’t lived in Haynes Park long—unlike themselves, many of whom have lived in the area for 40 years or more. The shootings have left physical marks on the neighborhood, too; Haynes Park Neighborhood Association President Andrew Ward says he’s patched bullet holes in his carport. Others say they’ve found holes in their doors, windows, or cars.

“During a lot of the sound of shots, basically we have to estimate where it comes from,” Ward says.

Reverend Dennis Sweatt, an association board member, said he’s personally broken up gunfights on the streets. Sweatt said he witnessed some children in the street while a neighbor was changing his car tire, and saw other boys run down the street and begin shooting. Sweatt says he shouted at the boys to put their guns down, and believes they complied because he’s lived in Haynes Park for nearly 50 years and is well known in the community. Looking back on it, Sweatt says he could’ve been hurt that day, but would rather try to keep his neighbors safe.

“You can only die once,” Sweatt says.

Tired of being afraid to walk or sit outside, Haynes Park Neighborhood Association board members knew they needed help. Ward and the other board members have been organizing for more than a decade, and recently shared a 2004 article about “taking back” their neighborhood during a previous crime spree. This year, board members raised $4,500 from about 30 donors for new Flock Safety security cameras. The cameras take still photography, not video, and Coleman is in the process of helping neighbors register their license plates so everyone will know who lives and belongs in Haynes Park. Coleman said that initially, some neighbors had concerns about privacy problems but changed their minds after the recent murder suspect arrest. According to Coleman, the board also hosts community days; during one call with Coleman to talk about Haynes Park, she was driving through the neighborhood handing out food boxes to those who might need them.

Coleman also appeared before Metro Council in November to encourage the body to give the association additional support, telling the council that although they’d raised money for cameras and made progress in crime reduction, there’s still more to be done. Neighbors who wished to remain anonymous echoed Coleman’s plea to the council in an interview with Tennessee Lookout, asking for increased police presence.

“My car was just sitting in the driveway and we heard a gunshot, and without cameras you can’t see the license plate,” one neighbor told the Lookout. “If we had been sitting on the porch those gunshots would’ve killed me or my family. Metro is not really caring anymore. (Police) don’t drive through anymore.”

In a statement to Tennessee Lookout, MNPD spokesperson Kris Mumford advised neighbors to reach out to their local precinct sergeant to ask for additional patrolling and to make sure they call every crime or concerning incident into either 911 or the non-emergency number so it’s properly recorded. Mumford said the department is open to providing additional patrol but distributes resources according to need, making calls and reporting important.

Association board members are also asking the city council to pass a new piece of legislation that would allow their newly-purchased cameras to be fully operational and placed in the public right-of-way instead of on private property. License plate readers, also known as LPRs, were banned in 2017, but new legislation sponsored by District 26 Councilmember Courtney Johnston would make the technology legal in public spaces.

“My goal is to make Nashville safer. An LPR can’t [detect race]. It actually removes that bias,” Johnston says. “If this is the only thing I get done in my term I know it will have a lasting effect on public safety.” 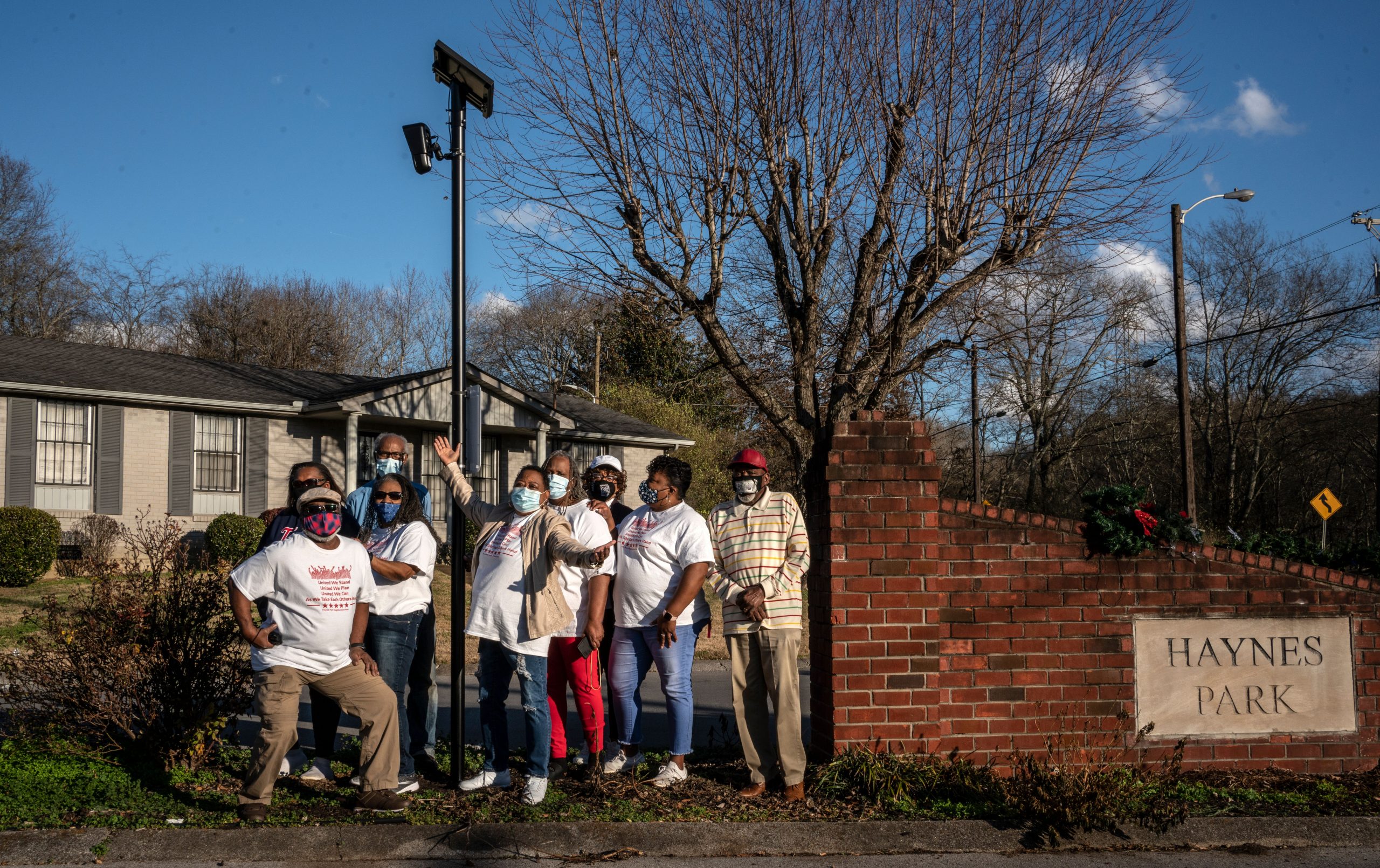 Gina Coleman and some of her neighbors pose and celebrate with the security camera at the entrance to Haynes Park. 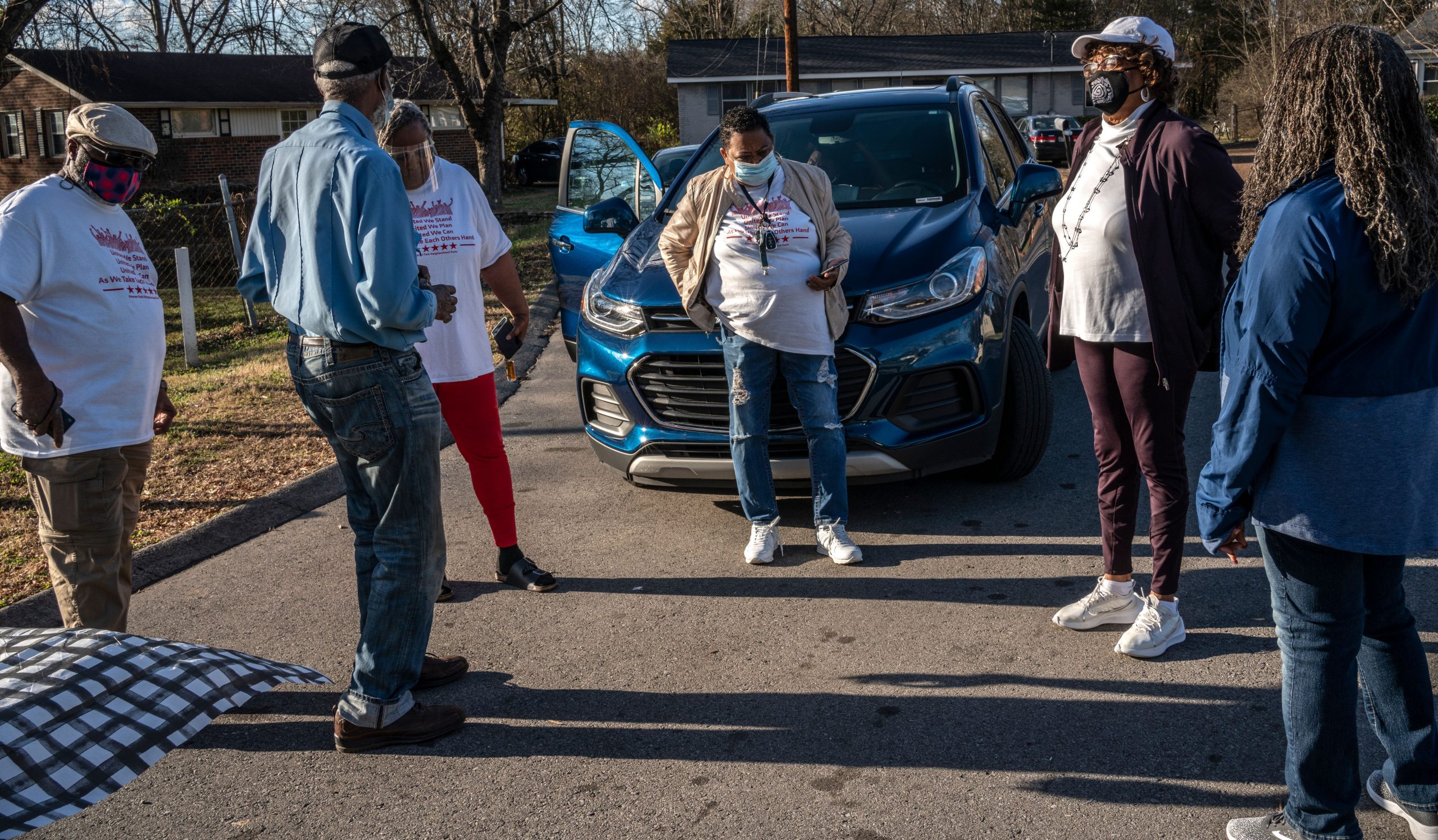 Gina Coleman (center) and some of the neighbors that raised money for the security cameras. (Photo: John Partipilo) 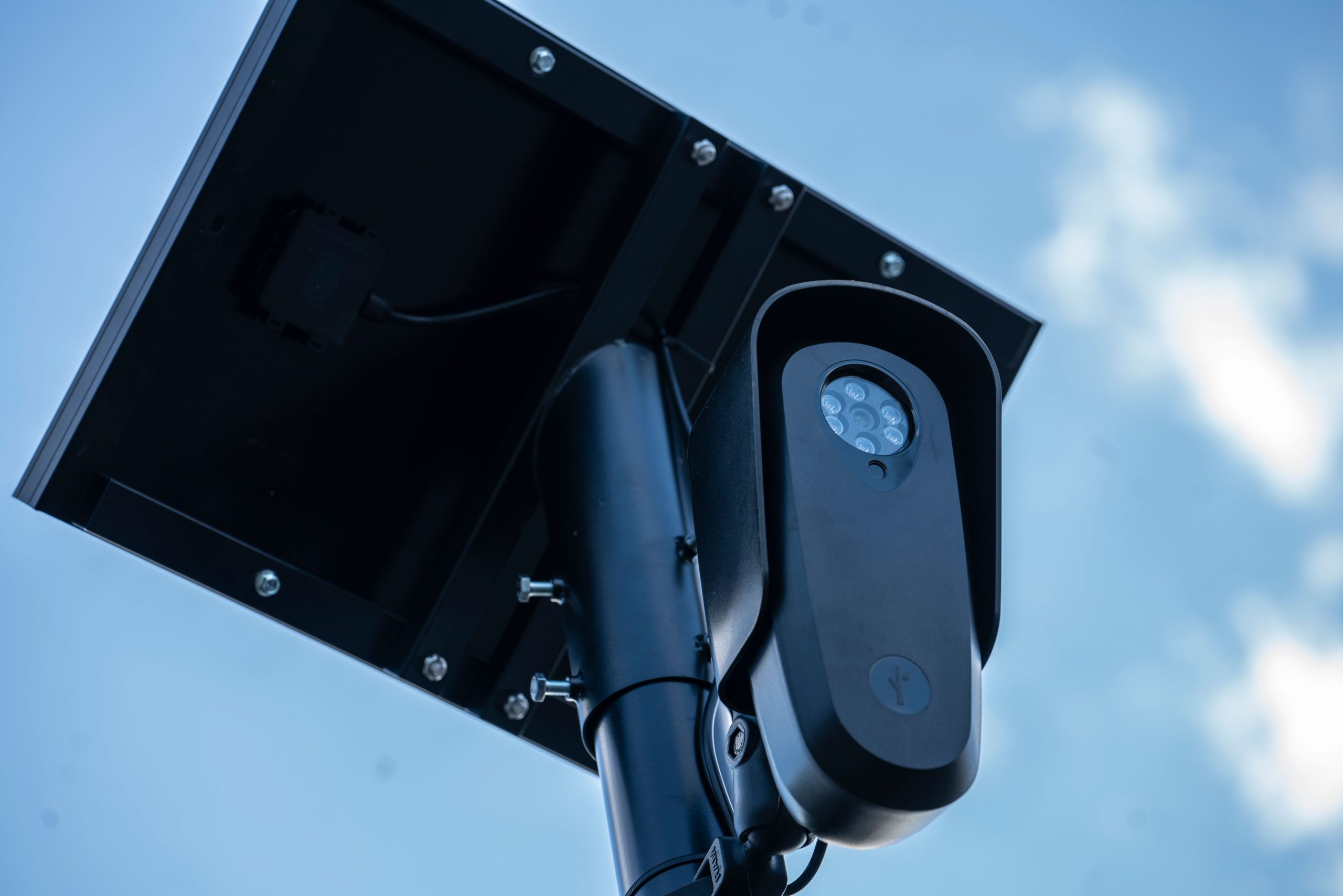 One of the security cameras that now protect the Haynes Park neighborhood.(Photo: John Partipilo)

Vice-Mayor Jim Shulman said cameras are less expensive than hiring a new police officer to patrol an area and are a deterrent to crime because people know they’re more likely to be caught. He supports a “comprehensive review” of legislation that affects safety and says neighborhoods like Haynes Park should be included in the conversation to make sure any new legislation properly serves everyone. He encourages anybody concerned about BL2020-582 to let the council know whether or not they support the bill. Shulman also says he’s proud of the work the Haynes Park Neighborhood Association has done so far, from fundraising for cameras to helping neighbors in need.

“They saw a concern and they went out and figured out how to deal with it,” Shulman says. “[They’re] an example other groups can look at.”

“If you’re on the ground with us, you’re gonna be one step ahead when you get ready to do this,” Ward says.

Coleman told the Lookout it’s important to remember Haynes Park neighbors aren’t asking the city for money, and they don’t want to be viewed as “disenfranchised” just because they live in a predominantly Black neighborhood. Instead, she’s hopeful others will learn from their leadership, and she wants the council to pass legislation that makes the new security cameras operable.