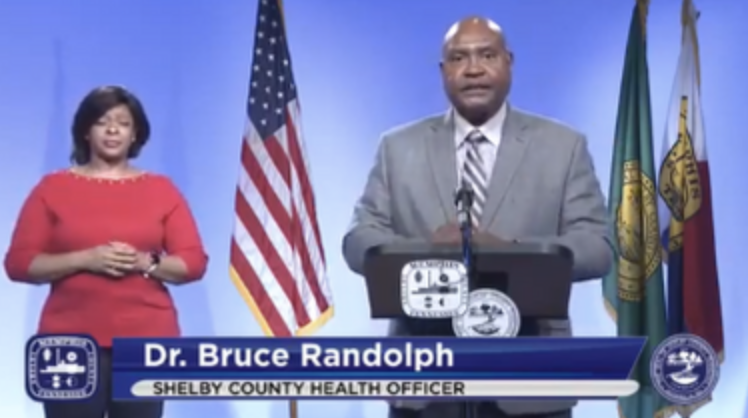 “All public health officials must make clear that if you are over 65 or with significant health conditions, you should not enter any indoor public spaces where anyone is unmasked due to the immediate risk to your health; you should have groceries and medications delivered,” this weeks regular report, issued Sunday, says.

“If you are under 40, you need to assume you became infected if you gathered beyond your immediate household. Most likely you will not have symptoms; however, you are dangerous to others and you must isolate away from anyone at increased risk for severe disease and get tested.”

It’s a warning that Tennessee state leaders have yet to publicly deliver to the state’s residents, although on Thursday Shelby County Health Officer Bruce Randolph spoke directly to the people of that county, reading passages of the report verbatim.

The White House Coronavirus Task Force is warning Tennesseans over the age of 65 to not enter indoor spaces where anyone is unmasked, including grocery stores.

Officials there warned they would likely issue a new public health directive with stronger restrictions on Monday as cases and deaths soar.

All but two Tennessee counties are in the “red zone” signifying the highest rates of community infection. The regular task force reports this week include a new “darkest red” color signifying the increased severity of disease spread and death. Tennessee listed in the darkest red categories for new COVID-19 cases per 100,000 people, the highest increase in COVID-19 deaths per 100,000 and the number hospitals with staff shortages: 40 in total.

“This current fall to winter surge continues to spread into every corner of the U.S., from small towns to large cities and from farms to beach communities. The fall surge is merging with the post-Thanksgiving surge to create a winter surge with the most rapid increase in cases, the widest spread, with more than 2,000 counties in COVID red zones; and the longest duration, now entering the 9th week, we have experienced,” the report said.

Gov. Bill Lee on Thursday said that Tennessee was experiencing the “darkness before the dawn,” and blamed “foolish decisions” made by Tennesseans to gather over the Thanksgiving holidays just before Vanderbilt University Medical Center health care staff began receiving their first doses of vaccinations.

But neither he nor Tennessee Health Commissioner Dr. Lisa Piercey conveyed the recommendations of the White House task force urging seniors to completely avoid trips to grocery stores or pharmacies or telling people under 40 who have seen people outside their households — people who daily go to workplaces — to assume they are positive. The state has no mask mandate – Gov. Bill Lee has delegated the authority to enact mandates to county mayors – many whom have spoken up about the need for a single state policy.

White House task force issue urgent message to state officials, who so far have refused to heed it