The grace period for Nashville Electric Service customers unable to pay their bills as a result of the coronavirus pandemic ended September 30. By last week, 18,052 of the city’s 418,000 residential customers had been been disconnected.

Another 29,939 customers are at risk — these customers received turn off notices between December 1 and December 16, according to NES.

The unpaid utility bills and disconnections come at a perilous time for Nashville residents — who may be at the point of exhausting unemployment benefits, working fewer hours for employers forced to cut back on business, or sick and unable to work — just as many of the federal, state and local funds created to aid them are nearly, or completely, depleted for the remainder of the year.

The unpaid bills also come as public health officials ramp pleas asking residents to stay home during chilly winter days over the holiday season as COVID-19 pandemic reaches crisis levels of community spread in Nashville and across the state.

“There are so many people on the brink of disaster,” said Judy Orr, executive director of Catholic Charities of Tennessee. “What we have been seeing is a lot of desperation after many months of stress and strain.”

Catholic Charities initially exhausted its entire allotment of $405,000 to 542 families for rent, mortgage and utility relief in the early summer months through the city’s COVID-19 Relief Fund, the first wave of COVID relief funding. The agency has distributed an average of $1,500 per family for utilities as well as rent or mortgage assistance, Orr said.

Number of residential disconnections since October 1: 18,052

The number of residential accounts that received cut-off notices on their bills:

“They were typically laid off from services industries — hotels, hospitality and the music business,” Orr said. “We encouraged them to get food resources too,” to preserve cash.

A second wave of funding through the CARES Act brought another half a million dollars to the nonprofit in September. Although those funds — unlike the initial wave — allowed the agency to hire more staff to process applications, they also came with strings that made them much more complicated to administer, Orr said.

One result: Catholic Charities had to return $180,000 ahead of a December 15 administrative deadline.

Catholic Charities is one of 38 Nashville community organizations that received $9.8 million in CARES Act funding to distribute for rent, mortgage and utility help in September, according to the United Way of Greater Nashville, which distributed the federal funds.

The $9.8 million has been depleted, with assistance averaging $2,337 for mortgage, rent and utilities help, according to data provided by the United Way.

The short deadline for spending those funds, criticized by community groups and others, was extended by Congress on Sunday. Details are still emerging.

Among the others: The Salvation Army, which provided 500 families with utilities, rent and mortgage assistance using those funds, according to Misty Ratcliff, a spokesperson.

At the Tennessee Immigrant and Refugee Rights Coalition, which received $150,000 to help families with bills, “we have used every penny,” said Chi-Chi Faulk, services director.

Providing cash assistance for bills was a first for the nonprofit agency, which had no dedicated staff when the funds were made available. Faulk said the organization had to rely on word of mouth in the immigrant community about the availability of funds, concerned that they would be overwhelmed by requests if they advertised.

Nashville Electric Service established the NES COVID Relief fund earlier this year to aid customers. By last week, $1.4 million in assistance had been credited to customer accounts, according to NES. Nearly $4.6 million remains.

In July, NES began evenly dividing past-due balances into 12 monthly payments for customers. Customers who could keep up with payments since then are assured service going forward. 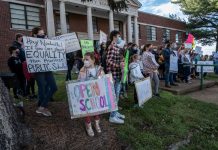