Neighborhood groups across Tennessee scored a critical victory in their fight against unwanted development last week when the Tennessee Court of Appeals upheld a Nashville judge’s ruling that Planning Departments can consider community land use plans when deciding whether to approve a new project.

The lawsuit was brought by a Whites Creek couple seeking to block a proposed residential subdivision off Brick Church Pike.

The couple argued that Nashville planners could use the county’s land use plan, called Nashville Next, as a reason to reject the proposed subdivision. The planning staff had relied on the city’s existing laws related to subdivision guidelines and took the position that Nashville Next was a strategy document without the rule of law. The appeals court unanimously upheld an earlier ruling by Chancellor Anne Martin.

Nashville Next was adopted in 2010 following tremendous community feedback. The Whites Creek area, where land is affordable and the threat of increased density is always imminent, had the most public comments in the entire county.

But, neighborhood activists felt like Nashville Next lacked teeth and was used more as an advisory document. The victory by Elise Hudson and her family in court ups the legal standing of Nashville Next.

“We know that development will occur around our farm,” said Hudson, referring to the proposed subdivision that borders her family’s property in Whites Creek. “But next time we face a proposal, we are pleased that it will have to be consistent with the Nashville Next policy’s intent to preserve the character of Whites Creek.”

Hudson said she believes the legal ruling has ramifications across the state, as city land use plans can now be factored into planners’ recommendations on new subdivisions, which often provoke the most neighborhood opposition.

Nashville attorney Jason Holleman represented the Hudson family in the lawsuit. Planning spokesman Eben Cathey said on Friday the planning department was analyzing the most recent court ruling and what its impact would be. 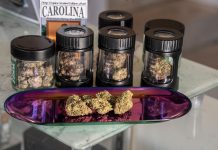