Report: 5 historic buildings may need to be partly or wholly demolished after Christmas Day explosion

A huge American flag was draped from an undamaged building on Jan. 4, 2021. (Photo: John Partipilo)

Five historic Nashville buildings may need to be partially or substantially demolished then rebuilt following the Christmas Day bombing that devastated parts of downtown, an engineering report commissioned by the city has found.

City officials cautioned that the 15-page report detailing building-by-building damage along Second Avenue is preliminary and expressed optimism that a closer inspection may find that buildings can be salvaged. The report was based on a “rapid visual assessment” by engineers who had limited access to buildings due to debris, collapsed interiors and fears that roofs and walls could be unstable.

“More structural engineering needs to take place,” Metro Historic Commission Executive Director Tim Walker said. Walker said he was looking at the debris this week and is hopeful that materials can be salvaged. He called it “premature to come to any conclusions.”

Still the report by Logan Patri Engineering paints a daunting picture of the rehabilitation efforts needed to repair the devastation wrought on three- and four-story brick buildings built in the 19th century when explosive materials hidden in an RV parked on Second Avenue detonated in the early hours of Christmas morning, killing the suspected suicide bomber.


“Due to the impact of the blast, a significant portion of many of the buildings have completely collapsed or are on the verge of collapsing,” the engineering report said.

In notes for each of the five most badly damaged Second Avenue buildings, the engineers wrote: “it is our opinion that a large portion of this building will be demolished and rebuilt” or “it is our opinion that this building will be partially demolished or rebuilt.” The report examined nine buildings along Second Avenue and the Commerce Street garage.

“Your building, and all of Second Avenue, are a cherished part of the history and fabric of the city,” the letter from Emily Lamb, assistant director for the Metro Codes department said.

“Though we expect Second Avenue to make a full recovery in the coming years, the loss you have suffered has affected the entire city deeply.  We are committed to working with you to restore one of Nashville’s most distinct and vibrant neighborhoods. We hope to turn to that restoration work soon, but the most urgent issues at the moment concern safety.”

Second Avenue was Nashville’s first district added to the National Register of Historic Places. The road carries historical significance dating back to Nashville’s founding, when it was called Market Street.

Preservationists led a decades-long battle to save the handsome brick buildings that stretch from the Riverfront on First Avenue to Second Avenue where the Christmas morning bombing took place.

A turning point in the preservation battle took place in the early 1980s when the Spaghetti Factory set up shop on Second Avenue, followed by other restaurants and bars. That created an entertainment district that predated the rise of honkytonks on lower Broadway. 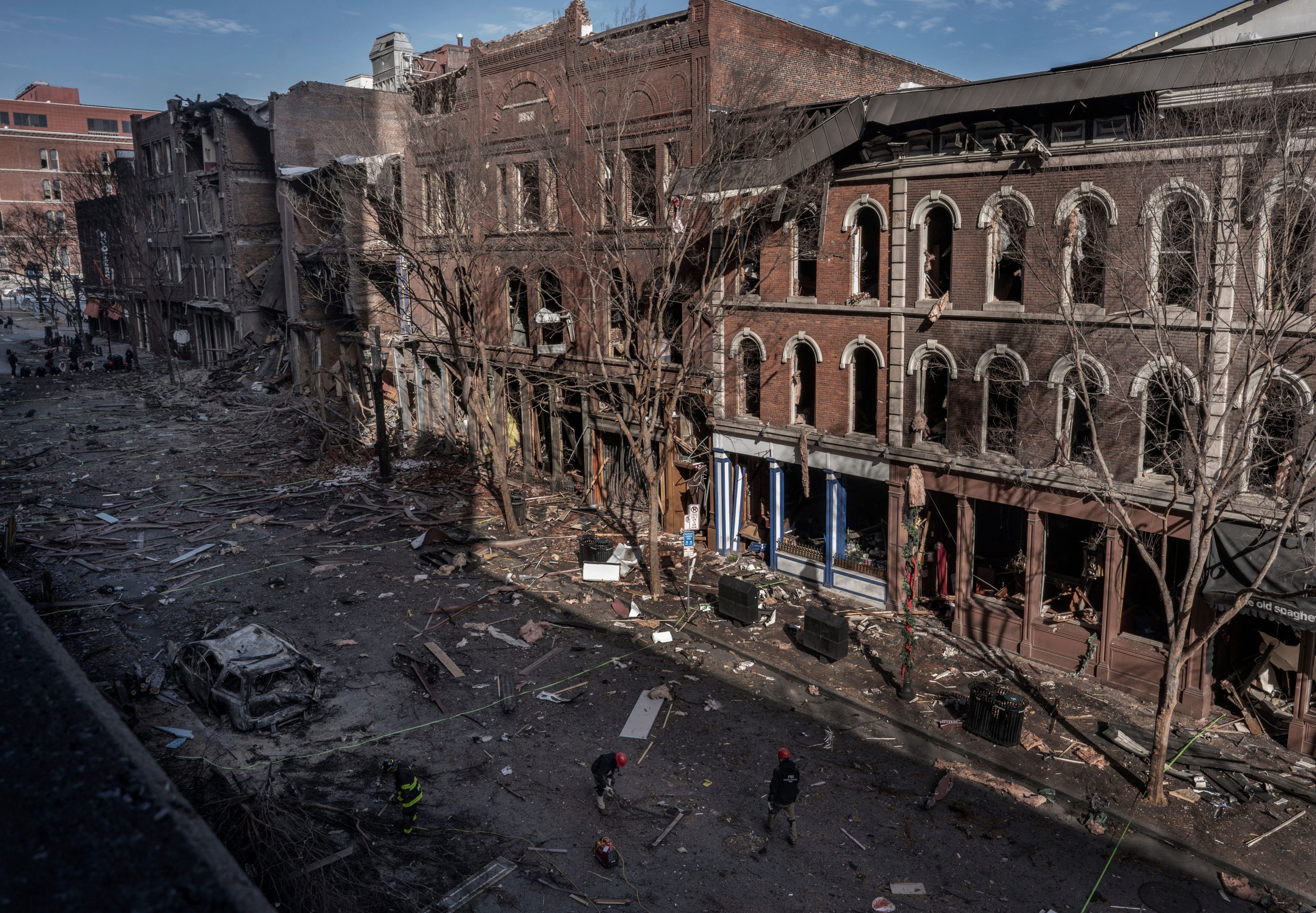 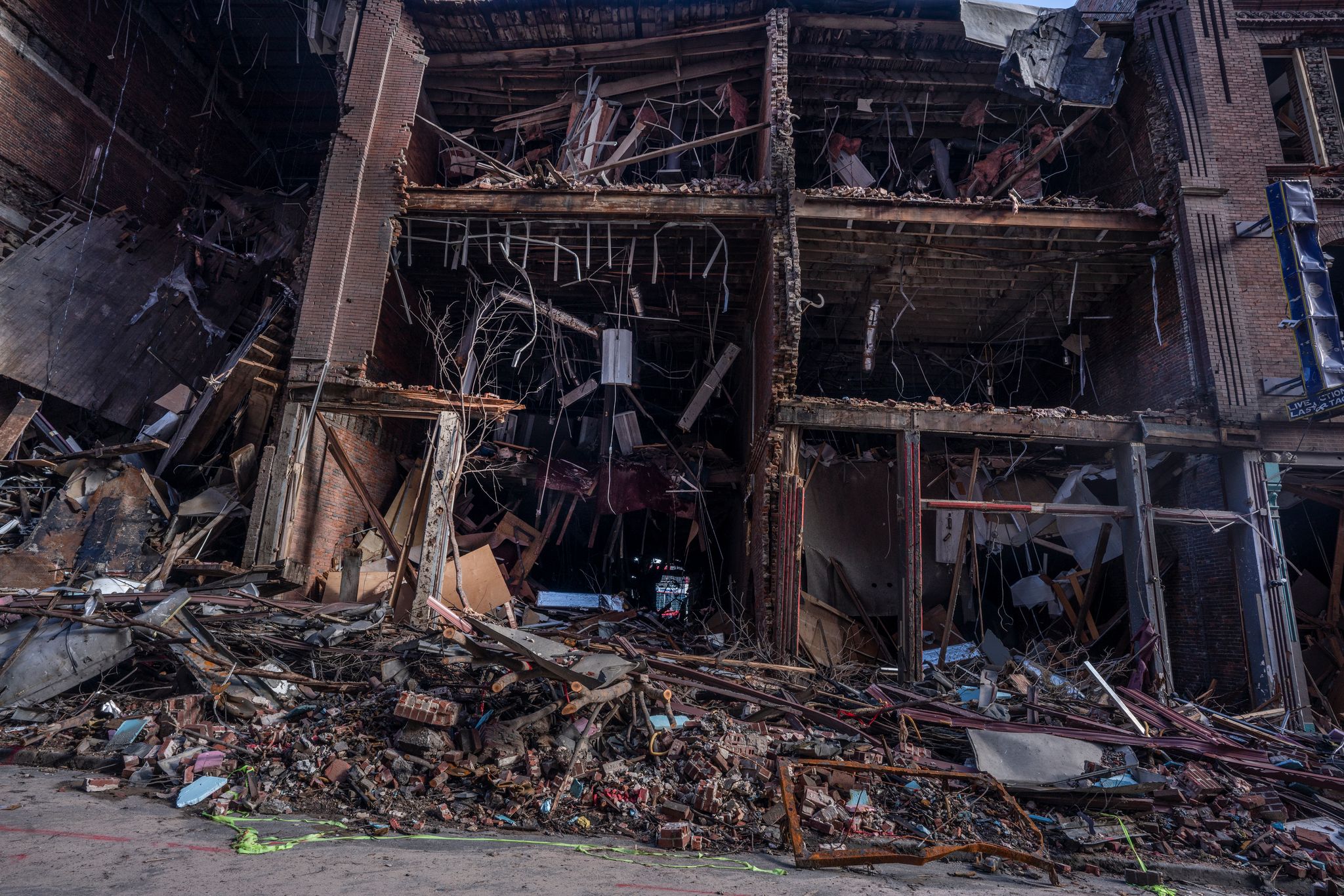 Clean up of the Second Avenue bomb site in progress. (Photo: John Partipilo) 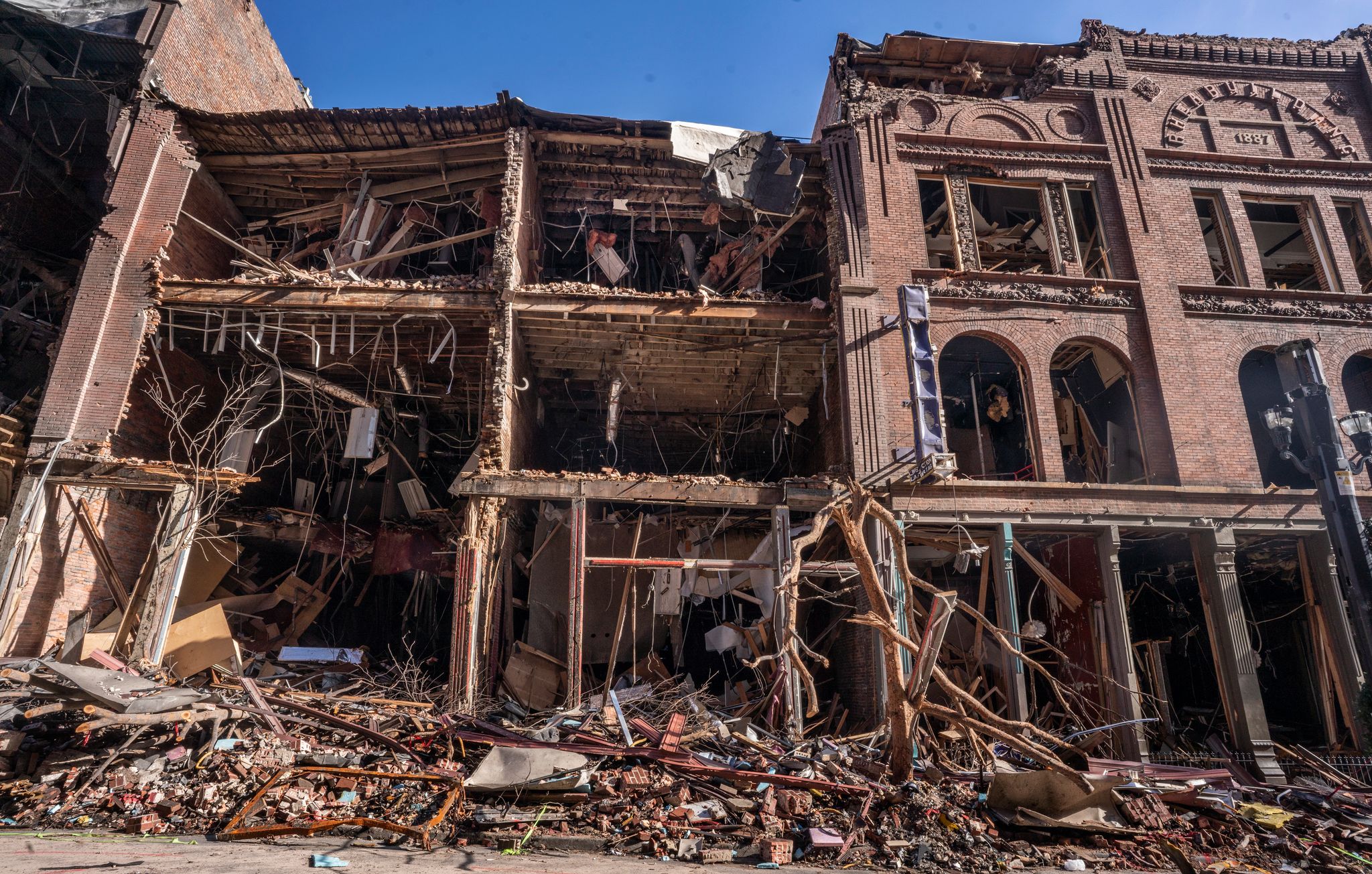 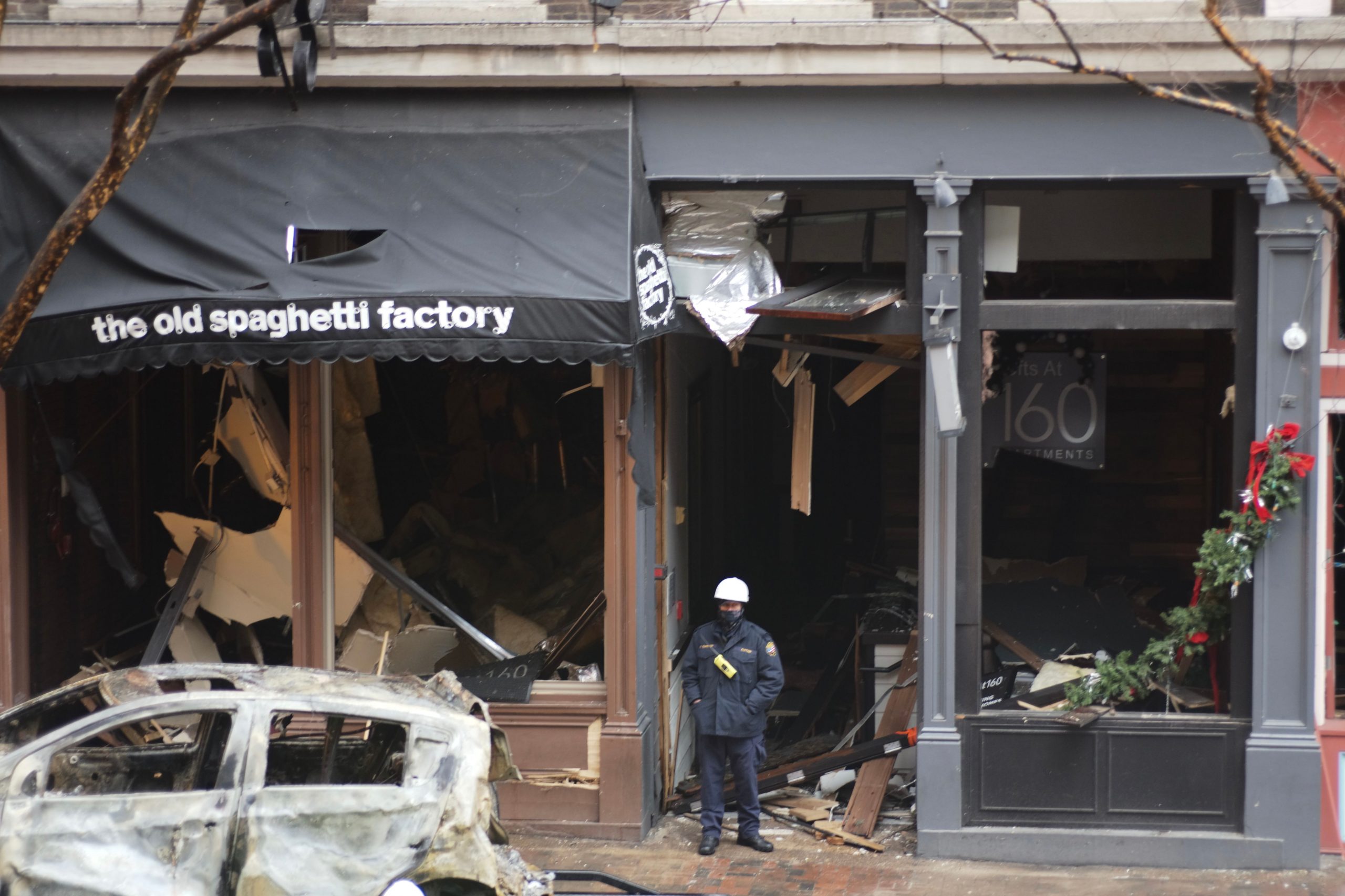 A police officer stands outside the Old Spaghetti Factory on Nashville’s Second Avenue on Dec. 31. The restaurant, which opened in 1980, was near the epicenter of the bomb blast. (Photo: Ray Di Pietro)

The preservation of the district was secured in the 1990s when then-Mayor Phil Bredesen backed a historic overlay. That decision saved Second Avenue and fended off developers who had pitched shopping malls and other projects that would have leveled the buildings. The preservation of lower Broadway followed, and along with the salvation of other famous buildings like the Ryman Auditorium and Union Station helped maintain historic architecture amidst the rapid redevelopment of the downtown core in recent years.

Following the devastation of the bombing, the District, a nonprofit group with the mission of preserving historic Second Avenue and lower Broadway, partnered with the Metro Historic Commission to establish a fundraising campaign to restore the buildings.

“He’s a historian and he loves the historic downtown district,” Fanta said. “It’s a gem that belongs to everyone.” Restoring the area is “going to be a community process where everyone has input and there’s transparency,” she said.

Kelly Kaplan, who chairs the District’s board of directors, said she had not read the engineering report. She recoiled at the prospect the historic brick buildings could be demolished.

“I personally think that that’s horrible,” Kaplan said. “However I know that Nashville is strong and will come back even better if that’s what needs to be done.

“I’m also proud to be part of an organization that is going to be able to raise funds to help restore and preserve some of the history that has been damaged and destroyed. I look forward to seeing Nashville back and better than ever.”

Metro Councilman Freddie O’Connell, who represents downtown, said there are two important factors to consider from the standpoint of preservation: the overall consideration of safety and property owners who may not share the interest of the overall district.

“In the immediate term, Metro Codes and Metro Historic are focused on that sensitive intersection of safety and preservation, wanting to ensure that activity is limited to prevent a domino effect as buildings are evaluated to see what can be renovated,” O’Connell said. “Meanwhile, people should be rightly watchful for another Trail West scenario where an opportunity to demolish a building that could be salvaged occurs literally under cover of darkness with too little transparency.

“Right now, I’m encouraged by the great lengths most property owners I’ve been in contact with are going to, (in order) to see how they can preserve buildings,” he said.

Report: 5 historic buildings may need to be partly or wholly demolished after Christmas Day explosion