This story has been updated.

Once a year, Joyce Christian, 72, travels from her home in Fayette County to Tuskegee University in Tuskegee, Alabama. Upon arrival at the school, she meets at the National Center for Bioethics in Research and Health Care with descendants of the Black men who, like her father, were experimented upon by the U.S. health service in order to research the effects of syphilis over time in the Negro male.

They discuss how best to honor their fathers and how to deal with lingering anger and distrust of the medical community.

The annual meeting took a different form in 2020, as the COVID-19 pandemic caused the group to meet virtually. But members noted the unethical study has once again come back to haunt their communities.  Although the Tuskegee Syphilis Trials have been placed on the back burner of American history, COVID-19 and the rapidly developed vaccine to prevent it have made the painful history relevant again.

“The mistrust is back, and history is being portrayed wrongly,” said Christian, a retired nurse.

The official name of the study was the U.S. Public Health Service Syphilis Study (USPHS Syphilis Study) or the Tuskegee Study of Untreated Syphilis in the Negro Male, although the patients came from Tuskegee and Macon County.

To understand history, the public needs to learn about the patients, says Christian. Her father, Freddie Lee Tyson, had been enticed into the study by offerings of free medical care and survivors insurance, which guaranteed his burial would be paid for by the U.S government.

Born Oct. 1, 1905, Tyson was a calm, wise, and religious man who was very proud of his nine children, as he is remembered by Christian, the youngest daughter.

“He loved his wife. He loved his family. That was something that was instilled in me,” said Christian.

A carpenter by trade, he was a productive member of society. He helped build the Moton Field Municipal Airport for the Tuskegee Airmen, where he also served as a fireman. He helped build his daughter’s Catholic school and worked in forestry in Alabama for a time.

Lingering distrust of the medical community

A misconception about the trials is that the men were contaminated with syphilis as part of the study. In actuality, they were already infected. Tyson had congenital syphilis, which occurs when the fetus is infected in the womb. While he had no known symptoms, other participants weren’t so fortunate.

The study began in 1932 and ended in 1972. By the mid 1940s, penicillin had been discovered and acknowledged as a standard treatment for syphilis. Instead of receiving treatment for the disease, the medical trial patients were studied, often undergoing invasive medical procedures without anesthesia. Many were left to die of syphilis and some passed the condition to their wives and children.

The USPHS Syphilis Study continues to be cited as one factor in distrust of  the COVID-19 vaccine. Although ethics have evolved since then, the fact is that the “healthcare system has not earned the trust of most people,” said Catherine Hammack, core faculty member in the Center for Biomedical Ethics & Society at Vanderbilt University School of Medicine.

“Throughout history, we have taken the characteristics of vulnerability and leveraged it,” Hammack said.

The Tennessee Justice Center published a report in July noting Black Tennesseans account for only 17% of the state’s population but 20% of COVID-19 cases and 36% of COVID-19 deaths in the state.

Some members of the Black community worry that the Tuskegee trials are being used to discredit the science behind the COVID-19 vaccine, despite the fact that the virus holds no prejudice.

“I would not refer to Tuskegee [syphilis trials] even though I do realize that it is some of the first introductions people have to clinical trials, but science and medicine had progressed so far from that time,” said Sharon Hurt. Hurt serves as an at-large member of the Metro Nashville Council and as CEO of the Jefferson Street United Merchants Partnership, the latter in the heart of Nashville’s historic Black commercial district. “I would not use it because we definitely need to fight this virus with everything that we have.”

Other critics have been concerned about the short amount of time spent on developing the vaccine and about the ingredients, to which Hurt assures the public that the vaccine is safe to take.

“We take medicines and different things that we don’t really know what’s in them, but we know that they cure, and we leave it up to those professionals and the scientists,” she added.

Another community leader made similar allusions in a recent tweet.

“I will be honest I didn’t trust the vaccine until I saw how many A-list politicians rushed to make sure they had first dibs,” wrote Tequila Johnson, co-founder and co-executive director of The Equity Alliance, an organization advocating for the civic rights of Black Americans.

Black Americans have been disproportionately affected by COVID-19. In July, the Tennessee Justice Center published a report noting Black Tennesseans account for only 17% of the state’s population but 20% of COVID-19 cases and 36% of COVID-19 deaths in the state.

Dr. James Hildreth, president and CEO of historically Black Meharry Medical College in Nashville, routinely uses his bully pulpit at Nashville Mayor John Cooper’s press conferences to encourage members of the Black community to get the COVID-19 vaccine. Hildreth tweeted a photo of himself getting vaccinated the first day the Moderna vaccine was available in December.

Shining a light on issues

The USPHS Syphilis Study has caused minority communities to have well-founded distrust in the U.S. healthcare systems, and according to Vanderbilt’s Hammack, in order to move forward as a society, people must continue to teach about these issues and listen to concerns by members of minority communities. If there are any benefits to a pandemic, said Hammack,  it’s that it “is shining a light on these issues.”

Tyson left the study long before the Associated Press broke the story. His mother-in-law, who worked in the medical field, had advised her son-in-law to leave the trial. Years passed before the family learned the truth, when Christian’s brother was reading a magazine and saw an article about the issue. He asked his father if he had participated, forever changing the family.

“It was a shock, something that we didn’t know had happened to our father,” said Christian. “It was a time that we were ashamed of what was happening,” she added.

As the family reeled from the deception that their father was experimented upon, Tyson remained calm, according to Christian.

“He took the approach that we can’t do anything about it because it happened, but you can do something to make sure this never happens again. People with no voice have to be resilient,” she said.

Despite her family’s experience, Christian encourages others of her community to take the COVID-19 vaccine.

“I truly believe in the science. Some people distrust because it’s been rapidly put together.

There are a lot of great minds that put together this vaccine. I think the good is going to overcome the bad,” she said. 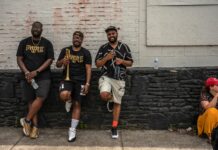 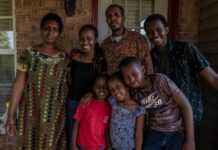