Tennessee lawmakers are keeping an eye on Education Commissioner Penny Schwinn after an international textbook publisher and Tennessee school district directors complained about the Department of Education in 2019, saying she interfered in book selection by playing favorites.

Those complaints led the Legislature to pass Public Chapter 770 in 2020, removing the education commissioner as a voting member from the Tennessee Textbook and Instructional Materials Quality Commission. The act also took away the commissioner’s ability to grant waivers for school districts seeking to use unapproved books and materials.

Schwinn remains on the textbook commission in an ex-officio role, but her department is only to provide administrative help, not decision making.

Sen. Mike Bell, chairman of the Senate Judiciary Committee and member of the Senate Education Committee, is among those monitoring the commissioner and department to make sure they follow the new rules.

Bell, a Riceville Republican from southeast Tennessee, said he grew concerned about both Schwinn’s role and the Education Department’s role in textbook selection when district directors told him legitimate requests for waivers were turned down while other requests for certain companies were approved, even with the slightest of arguments to use certain textbooks.

“At least the appearance of favoritism has been there in the past,” Bell, a Riceville Republican, said in an interview with Tennessee Lookout.

Two other senators questioned Schwinn last week about whether she talked to vendors in advance of a special session in which the General Assembly approved legislation allowing the Education Department to contract with a “universal screener.”

The vendor will be tasked with deciding whether third-graders score well enough on tests to move on to the fourth grade as part of Gov. Bill Lee’s education initiative for 2021. Reports show more than 60% of third-graders don’t read at grade level, and they could be held back if they don’t go to new summer school programs and make enough progress to be promoted, a move that could cost the state tens of millions annually.

During Senate floor debate last week, Bell – out of caution – urged members of the Fiscal Review Committee to “scrutinize” the “universal screener” contract to make sure it is done properly. In addition, he pointed out the Comptroller’s Office is to review the contract to ensure everything is handled correctly.

Bell and former Senate Education Committee Chairman Dolores Gresham, who left the Legislature in 2020, grew concerned with the Education Department in 2019 after hearing from school district directors as the state selected books and materials for English Language Arts. Those directors felt Schwinn was too involved in the textbook adoption process, Bell said.

The Legislature intended the textbook adoption commission to be independent,” Bell said, “and with the legislation, I think we made it clear they are independent of the department and the commissioner.”

Those complaints came shortly before Houghton Mifflin Harcourt took legal action in Davidson County Chancery Court seeking judicial review of a state decision to keep its third-grade textbook off the “adoption” list based on “the involvement and interference” of the Department of Education.

Penny Schwinn: A pattern of controversy

The company needed quick action from the court or its entire K-12 series of language arts textbooks would face a tough hurdle in Tennessee.

The case was dismissed with prejudice in January 2020, and the Nashville attorney who filed the lawsuit on behalf of Houghton Mifflin Harcourt declined to comment. But the November 2019 filing gives a clear picture into what the Boston, Massachusetts textbook publisher says happened in the textbook review.

Houghton Mifflin Harcourt contended the Education Department “unilaterally altered the adoption process when it had already begun and significant steps had been completed.” The schedule was suspended when Lisa Coons became assistant commissioner for standards and materials, according to the filing.

The Department of Education changed the adoption process and the textbook commission agreed, directly affecting Houghton Mifflin Harcourt’s ability to do business in Tennessee, the lawsuit says. The company contended those making a second review of “Into Reading Tennessee” for third-graders failed it “without a legitimate basis” while “unfairly and improperly” giving passing grades to competitors that at first were failed by reviewers.

In its filing, Houghton said it developed “Into Reading” for kindergarten through 12th grade after meeting with teachers statewide and designed it to align with the state’s academic standards and evaluation guidelines for the 2018-20 English Language Arts textbook adoption.

The entire series received approval on a first review except for the second- and third-grade books. Houghton said it resolved issues raised by the initial reviewers but by the time it reached a second review level, the state changed the review team. That group refused to give the Houghton Mifflin third-grade books a passing grade.

Houghton called the role of Coons “particularly problematic,” because of her advocacy for competitors such as Amplify, which offers an approach called Core Knowledge Language Arts. Even though Amplify received a “failing” grade at nearly all levels for the evaluation, the Education Department recommended it be added to the textbook adoption list, according to the filing.

Open Up Resources’ “EL Education” and Great Minds’ “Wit & Wisdom” also received failing grades from initial reviewers but ultimately passed muster with the Education Department, some with waivers approved by the commissioner, according to the filing.

During a state hearing, Coons said the education commissioner could approve waivers for books and materials to be used by school districts and that those items did not have to be approved for the adoption list, according to the filing. Houghton, though, contended the type of waiver the commissioner approved was not legal under state law.

Responding to questions, Education Department spokeswoman Victoria Robinson said the department follows all state procurement laws and processes, “which explicitly prohibits promotion of vendors as well as any engagement with vendors throughout the competitive procurement process.”

Schwinn told lawmakers last week that once the RFP process begins, no contact with vendors is allowed, and she noted she does not get involved in the requests for proposals, leaving it to department attorneys.

Robinson pointed out Houghton Mifflin Harcourt was granted a re-review of its third-grade English Language Arts materials by the Davidson County Chancery Court, which was overseen by a neutral third party – agreed upon by the company – that determined its materials “did not meet the expectations to be adopted.” Then the action was dismissed once the re-review was completed. 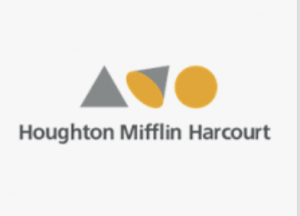 “Further, the department never received any formal complaints from school districts regarding the commissioner’s waiver approval authority,” Robinson said in the statement

The Tennessee Attorney General’s Office declined to comment on the lawsuit after receiving questions from Tennessee Lookout and pointed out the case was dismissed.

Nevertheless, questions about the commissioner’s involvement persisted enough for the Legislature to update the textbook adoption law.

Lawmakers also declined to pass an early childhood literacy bill in 2020 because of concerns Commissioner Schwinn was trying to direct contracts to specific vendors.

Schwinn was selected by Gov. Bill Lee to run the Education Department in early 2019 even though a Texas audit found she failed to follow rules for a no-bid $4.4 million contract on special education.

Since then, she caught the ire of Democratic and Republican lawmakers for approving a $2.5 million no-bid contract with Florida-based ClassWallet, using Career Ladder funds, to run the Education Savings Account program. That voucher program, Lee’s first major education initiative, was found unconstitutional and remains tied up in court.

In addition, Republican legislators rapped her knuckles in summer 2020 for trying to start a well-being check program for every child in the state by sending people to the homes of children to inquire about their welfare. Conservative lawmakers called it “overreach,” and Gov. Lee killed the program before it could begin.

These types of missteps have led lawmakers to challenge her during meetings and call for a better working relationship between the Legislature and Education Department. Lee has defended Schwinn throughout her tenure.

Despite those problems, Haile said he still has confidence in Commissioner Schwinn.

Similarly to other legislators, Haile noted he’s had “straight-forward, honest conversations” with Schwinn about the need to inform legislators on what’s taking place within the department and the direction it’s headed.

Legislators weren’t enthused about the literacy proposal in 2020. And during the recent special session, Republicans and Democrats raised questions about a “universal screener” the department plans to hire for its early childhood literacy initiative, a contract that could cost about $3 million.

Lawmakers felt it could create a monstrous program that will wind up costing the state far more than it’s worth, by forcing school districts to shift from their vendors to a state contract, which they’ll be able to use free of charge instead of paying for it out of their state funding.

Haile, the Senate’s deputy speaker, gave the program the benefit of the doubt, pointing out most school districts already hire “screeners” and will be able to continue using those companies, a factor that makes him comfortable.

As far as the Education Department’s competitive process for contracts in which it seeks requests for proposals, Schwinn recently brought an RFP before a panel of lawmakers and explained how it would work, Haile said. He pointed out more information is to be shared when the department starts the contracting process, which he believes is a step in the right direction.

Said Haile, “That gives me a level of comfort that hasn’t been there before.”