The Exit/In property is up for sale, jeopardizing the future of Nashville’s oldest rock club and a cornerstone of the city’s live music scene.

The possible sale is being handled by Southeast Venture. Exit/In is in its 50th year and the potential sale includes the neighboring bar Hurry Back, both of which are owned by concert industry mainstay Chris Cobb.

Exit/In and its neighbors on the Rock Block, as the stretch of Elliston Place is called, are fresh off a bruising zoning battle a year ago. That’s when fans of the club, as well as the End rock club across the street, banded together to oppose a plan to raze nearby apartment buildings in order to build a Holiday Inn Express. The developers asked the Board of Zoning Appeals for a special exception to skimp on the city’s parking requirements, but their request was unanimously denied after thousands of music fans submitted comments in opposition. 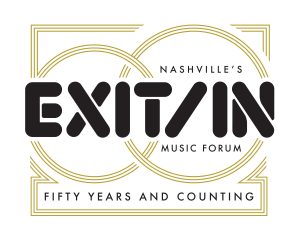 Although the potential sale of the property muddies the water for Exit/In’s future, the news comes with a possible solution. Cobb and his wife Telisha Cobb have partnered with the development firm Grubb Properties, which recently embarked on an initiative called the live venue recovery fund. Grubb describes its initiative as “partnering with live music venue operators to help them establish long-term ownership. By increasing the number of owner-operators, the fund is creating a more diverse and sustainable independent live music ecosystem.”

The live music ecosystem in Nashville has been thrown into turmoil over the last year as the pandemic forced venues in Music City, and across the nation, to suspend operations. Clubs adapted in some cases by streaming concerts, but the loss of revenue pushed the independently owned businesses to the brink of closure.

Cobb was among the club owners from across the nation who sprung to action, forming the National Independent Venue Association to lobby governments at all levels for help. The organizing worked as the Save Our Stages Act was included in the pandemic relief bill passed into law late last year. Metro also earmarked a portion of its CARES Act funds from last year to help cover expenses for live music venues.

The hope is that the government safety net will help clubs wait out the COVID-19 storm and return to some semblance of business once vaccines are widely distributed.

The sale of the Exit/In property to a different developer could mean the end of the club, which boasts a who’s who of rock, pop, soul and country acts among the artists who have headlined shows there. The names of those artists are painted on the interior walls of the venue.

At a capacity of 500 people, Exit/In also provides a venue for ascending Nashville artists to play. The club recently boasted on its marquee that country music megastar Luke Combs performed there well before he was a household name. 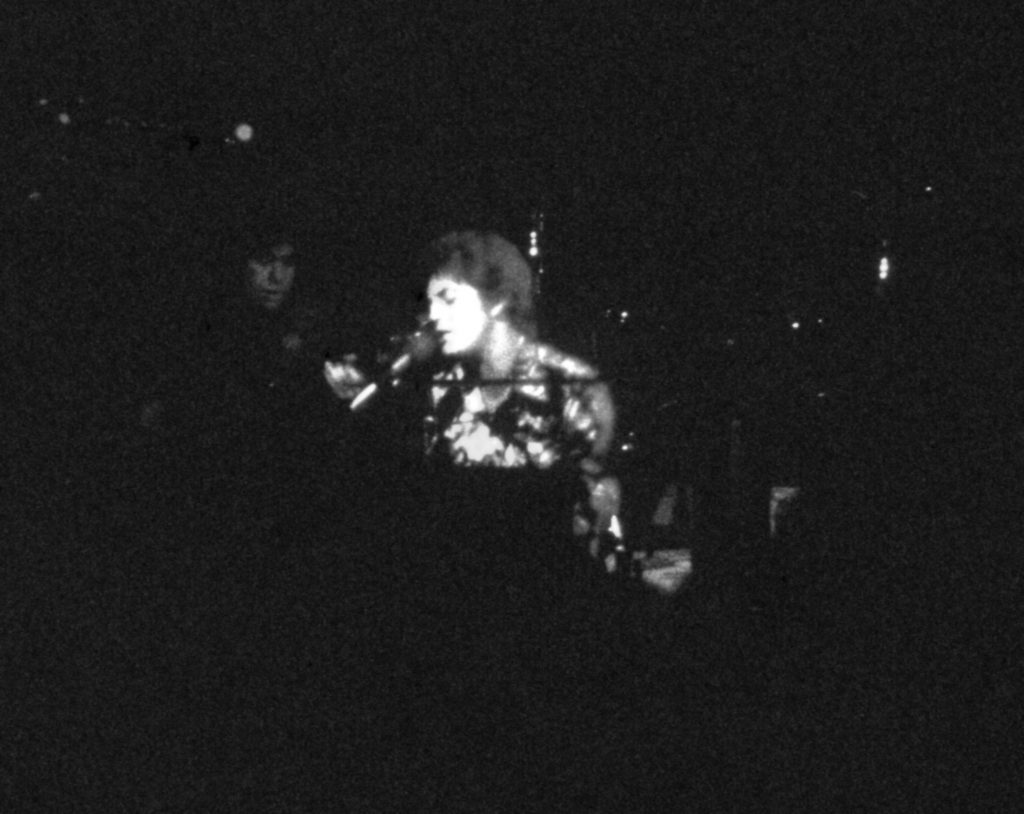 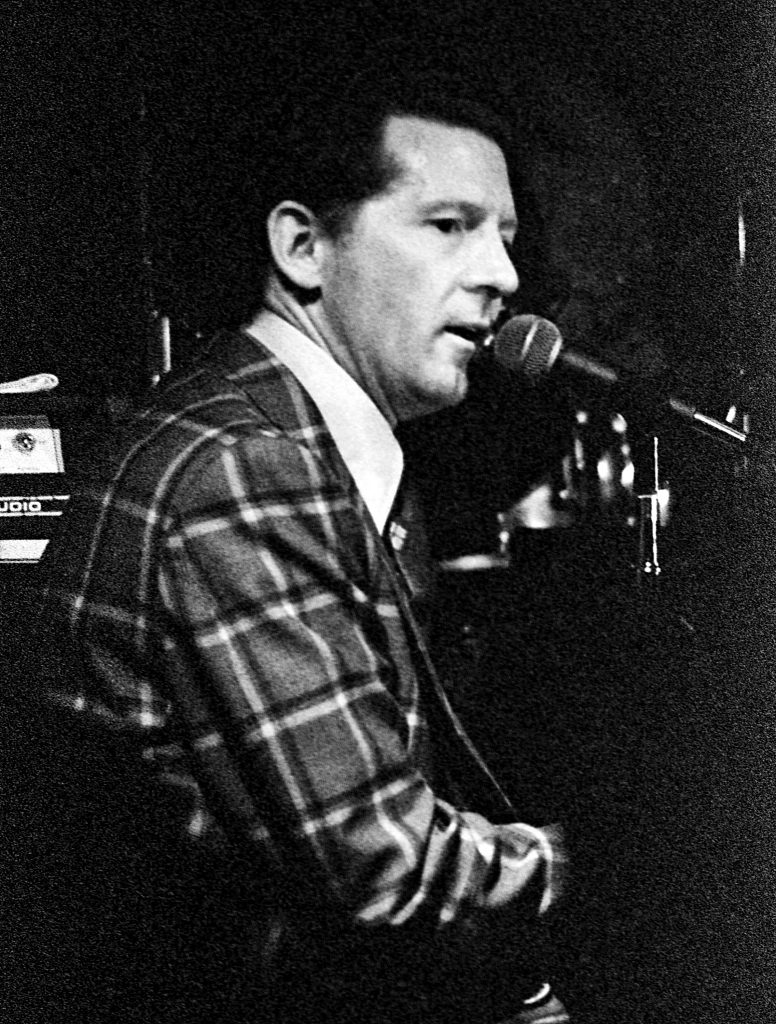 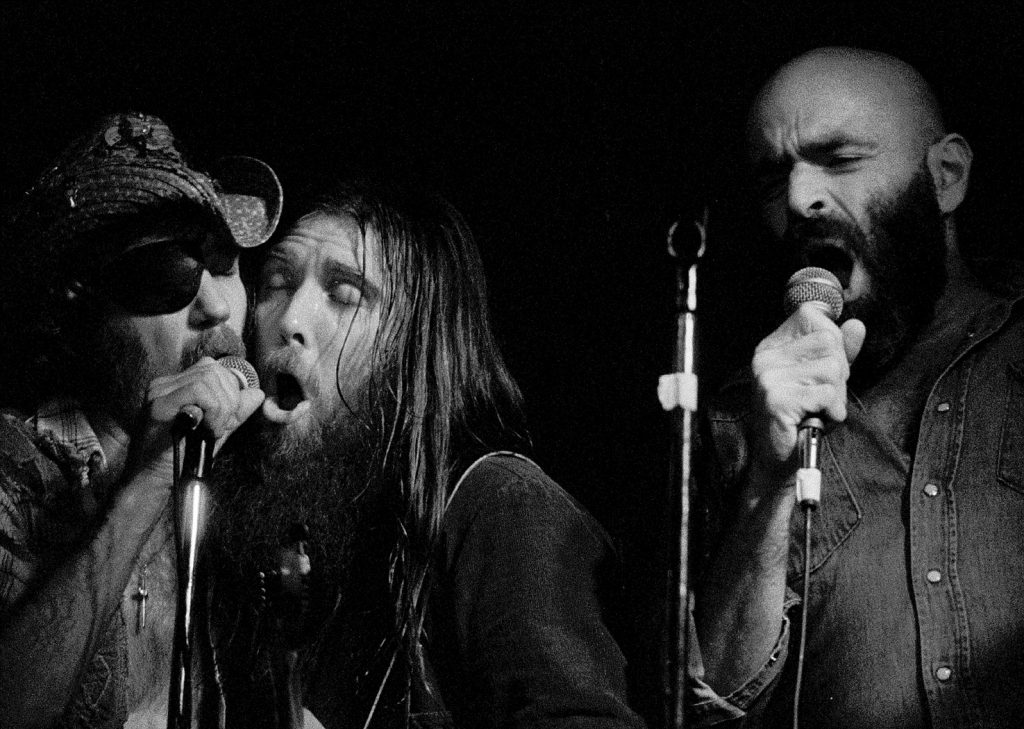 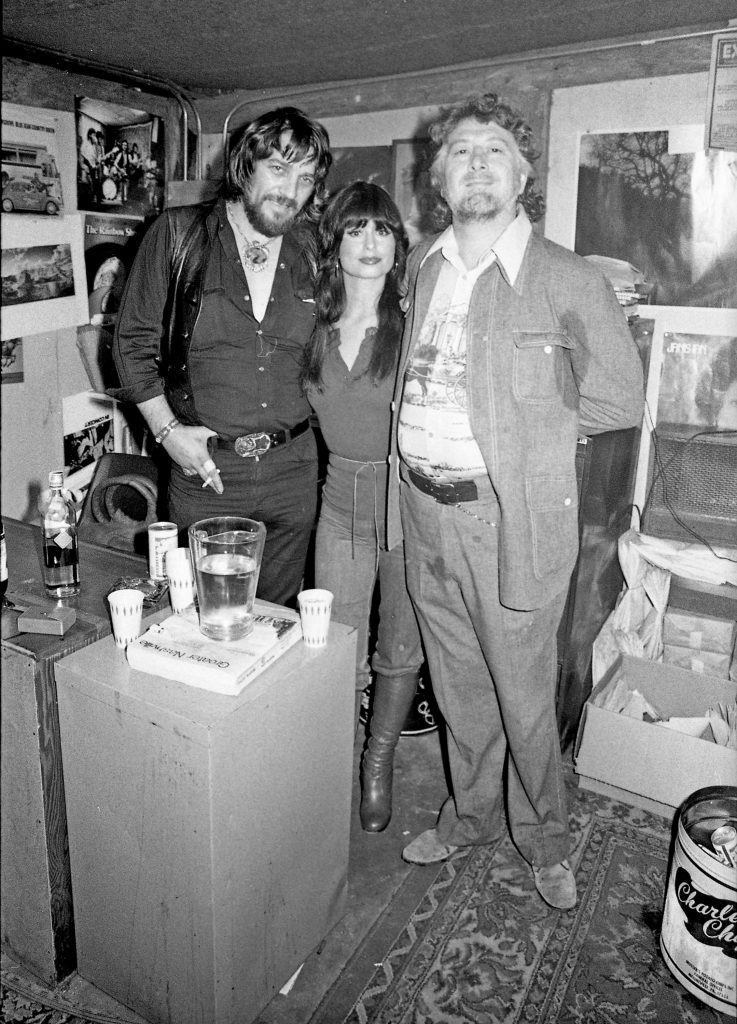 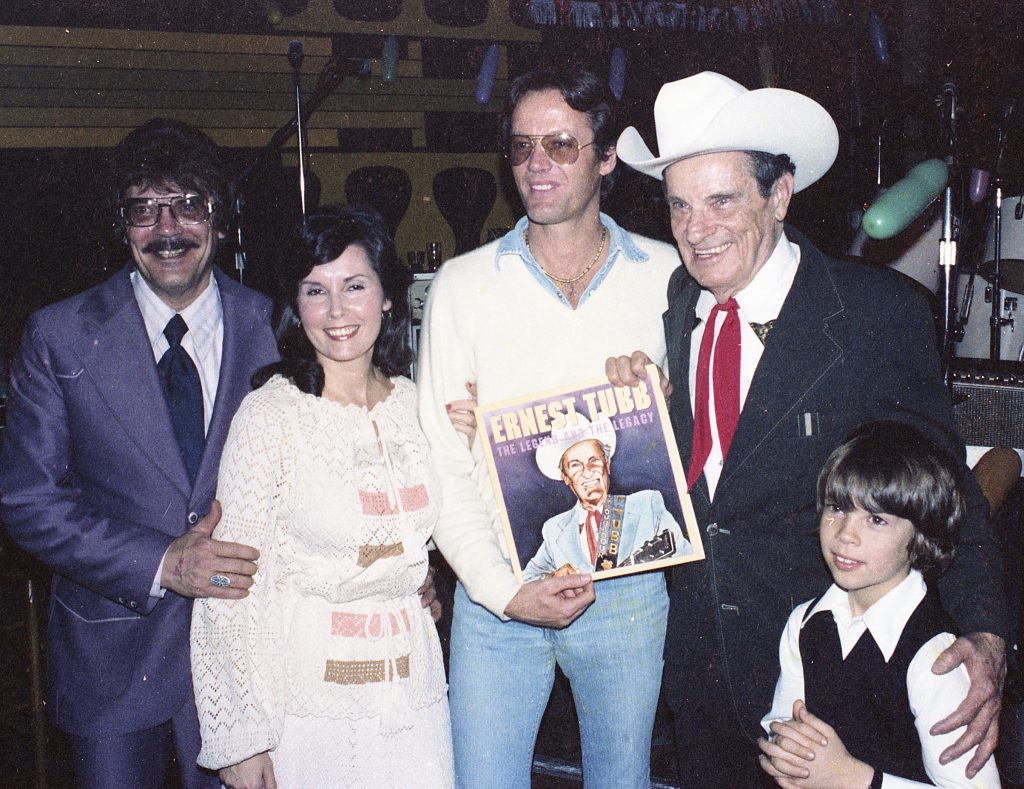 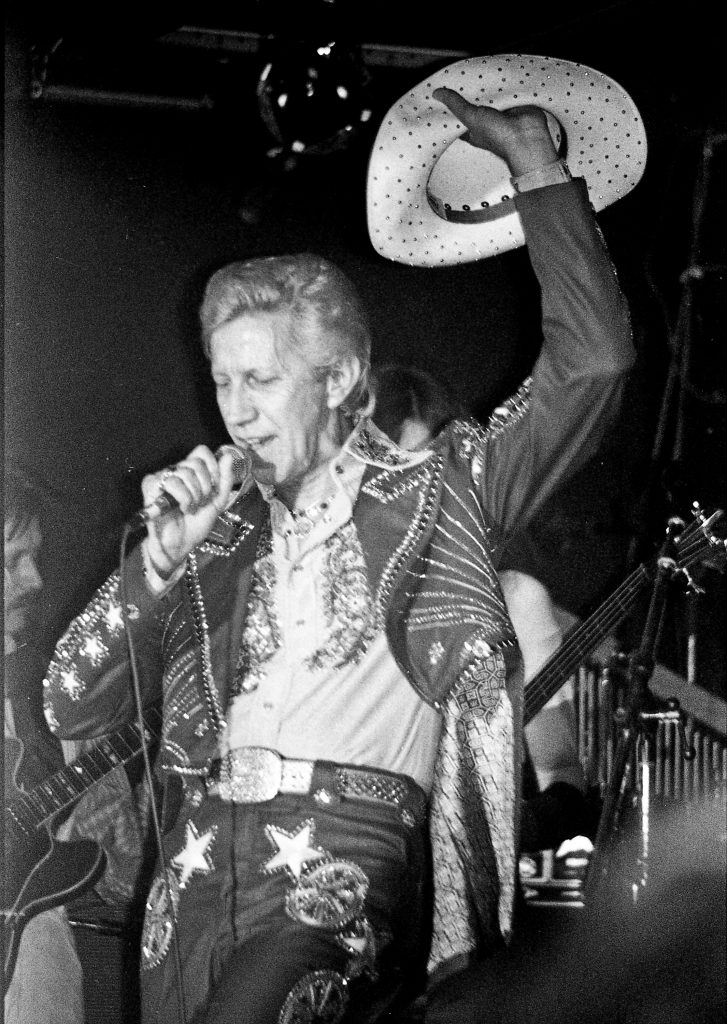 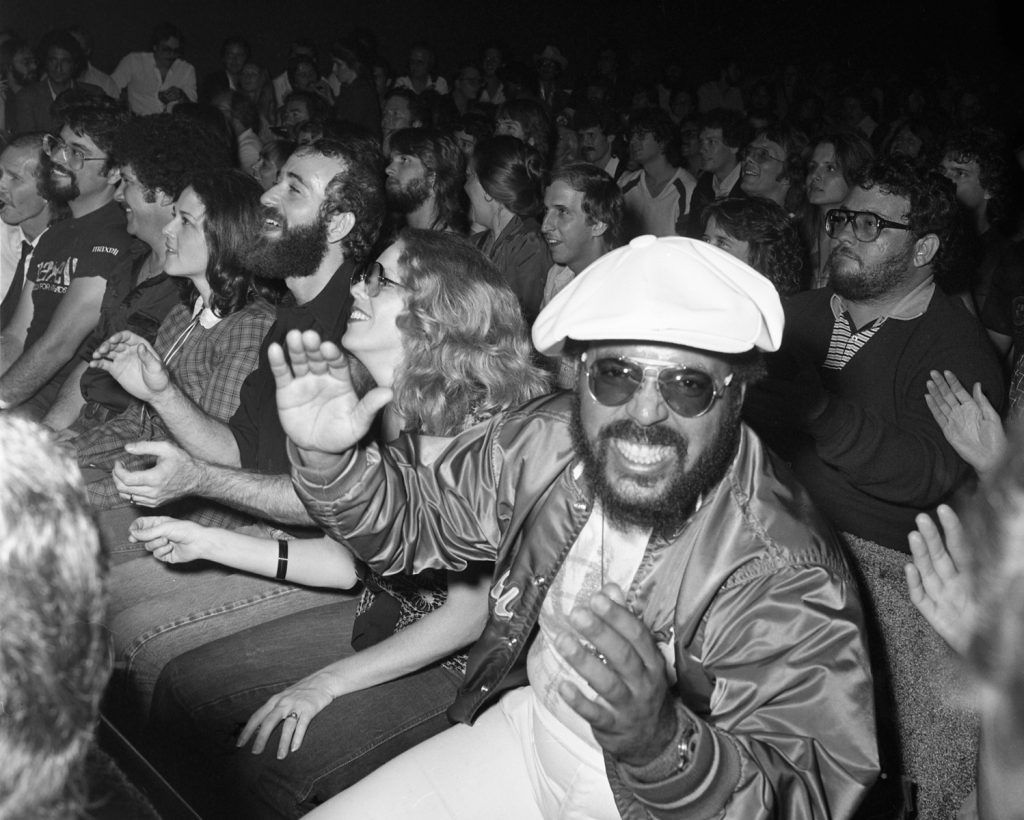 The reopening of the Exit/In in 1980. (Photo: Alan/MayorExit/In) 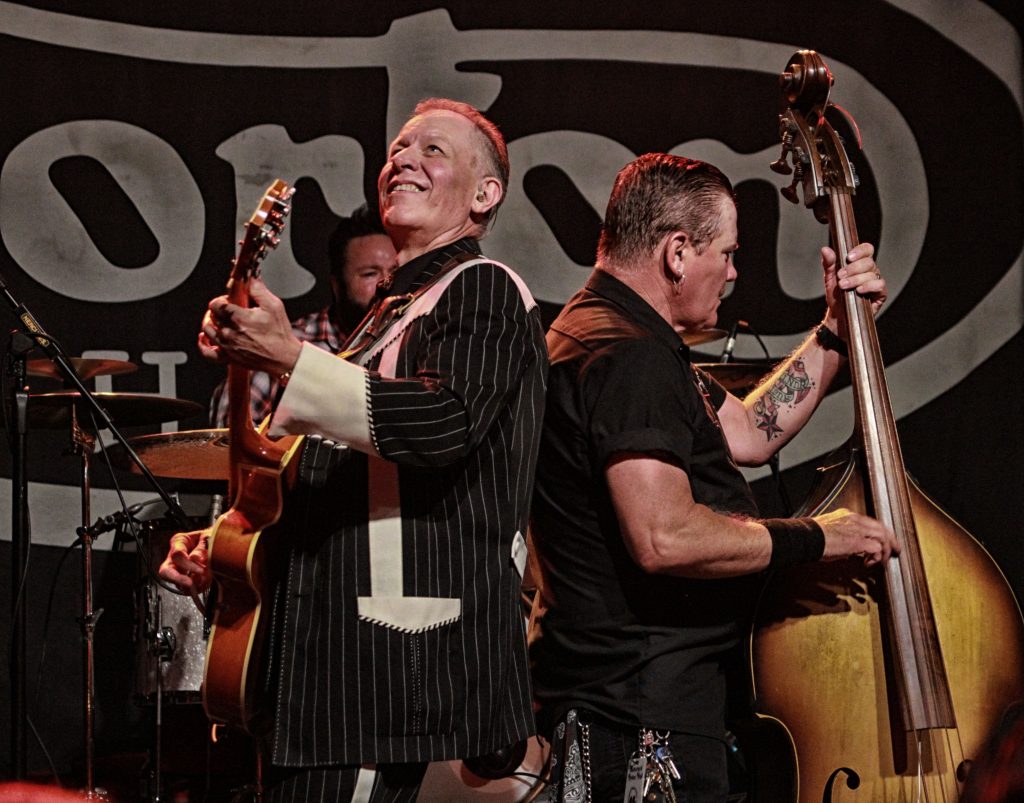 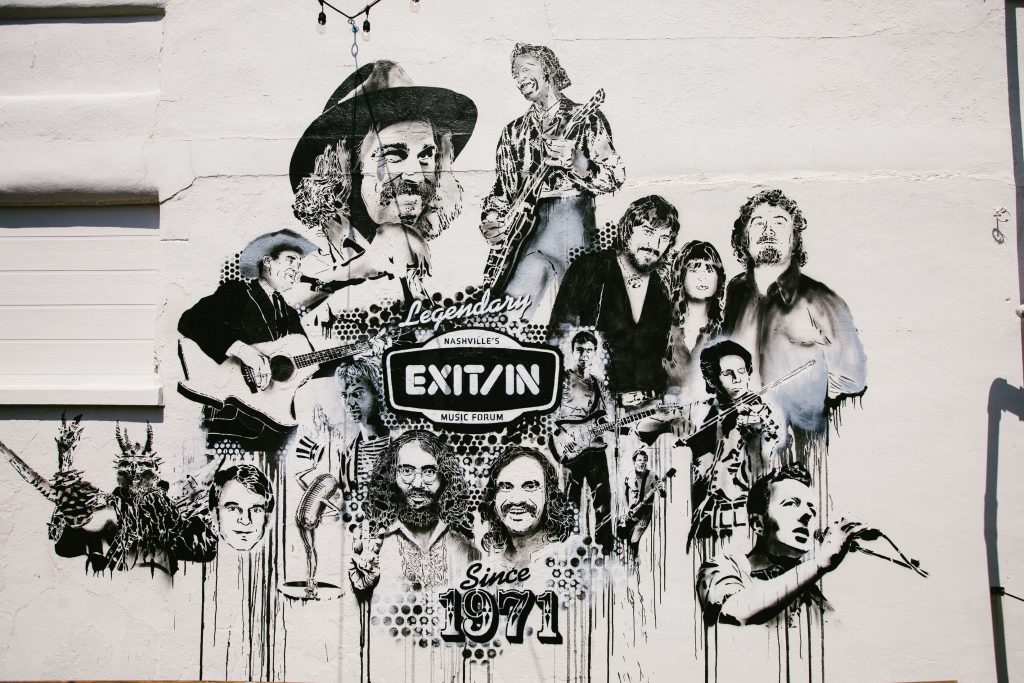 A few of the luminaries who have played the Exit/In in the club’s 50-year history grace the west facade of the building. (Photo: Exit/In) 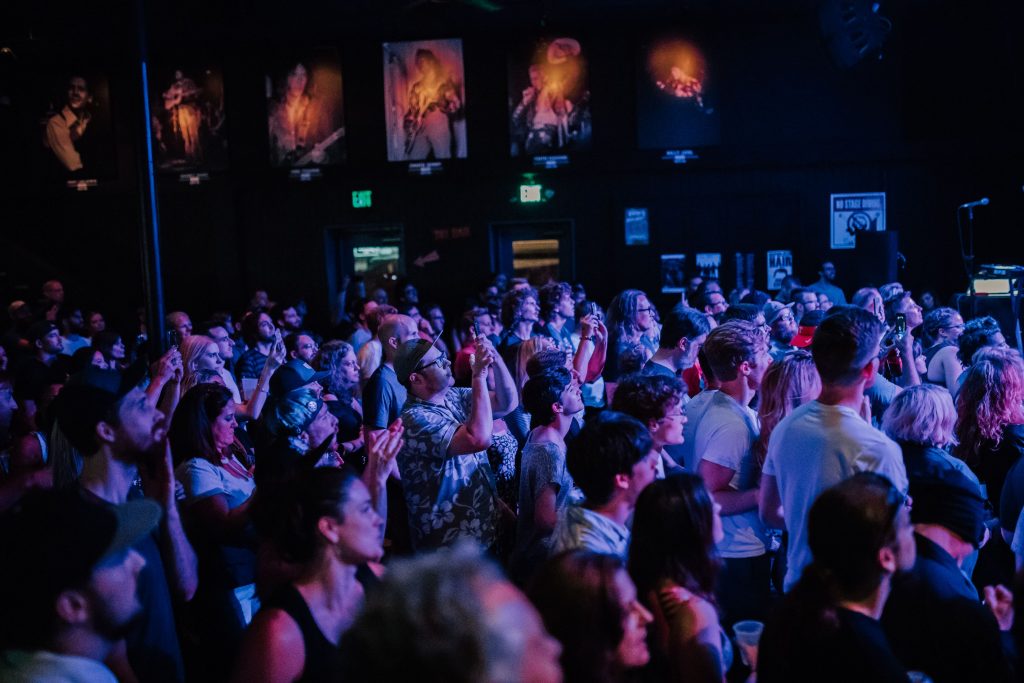 The crowd during a 2 Many Zooz show. (Photo: Bona Fide Live, Inc./Exit/In) 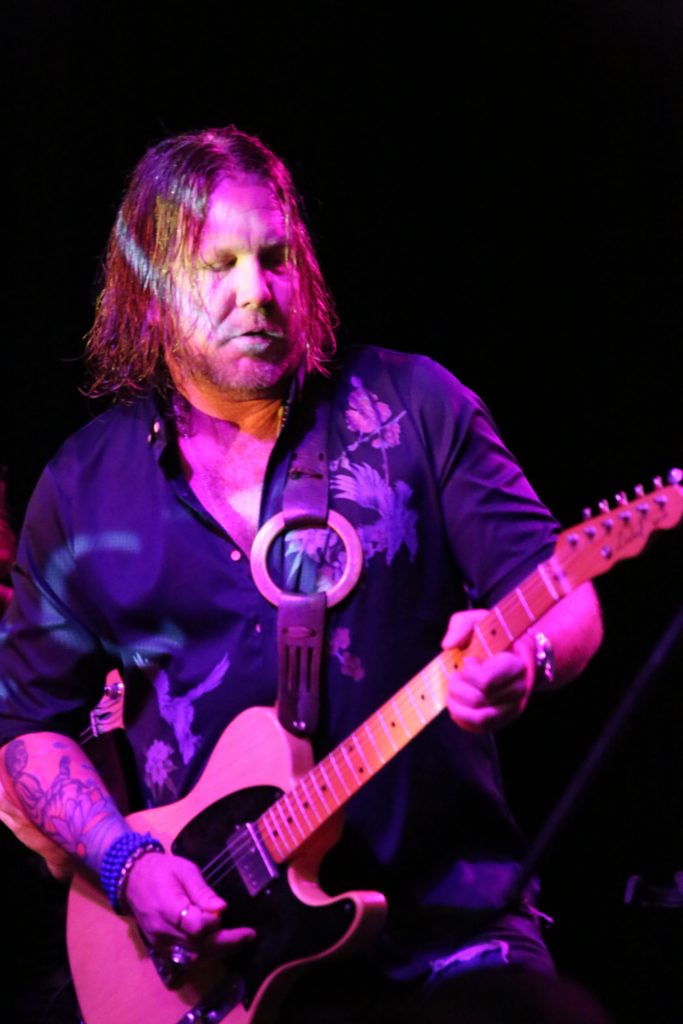 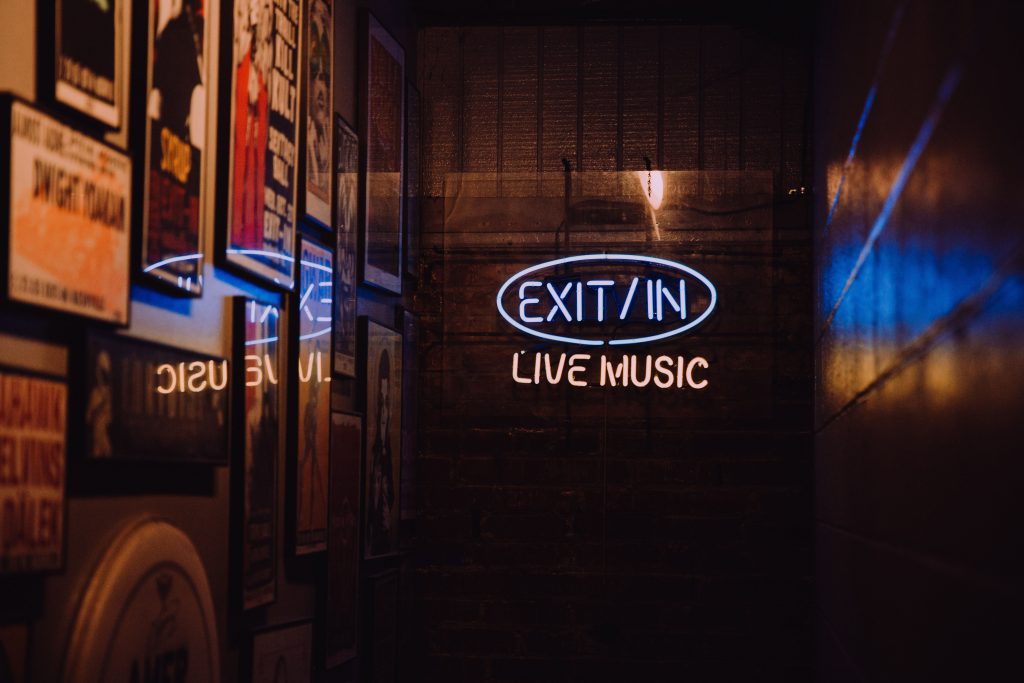 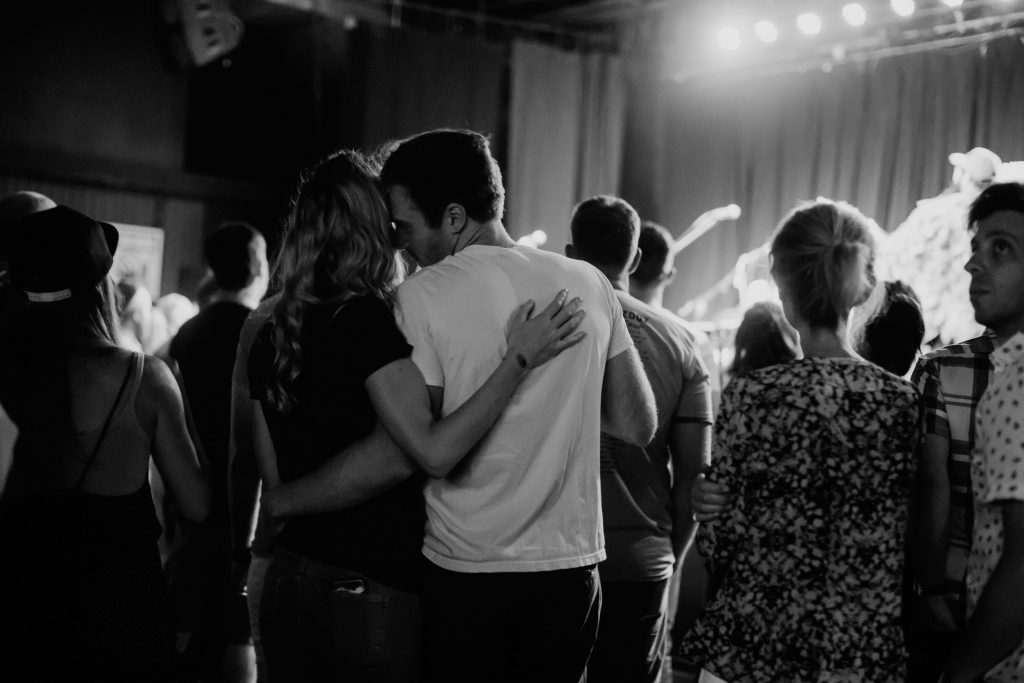 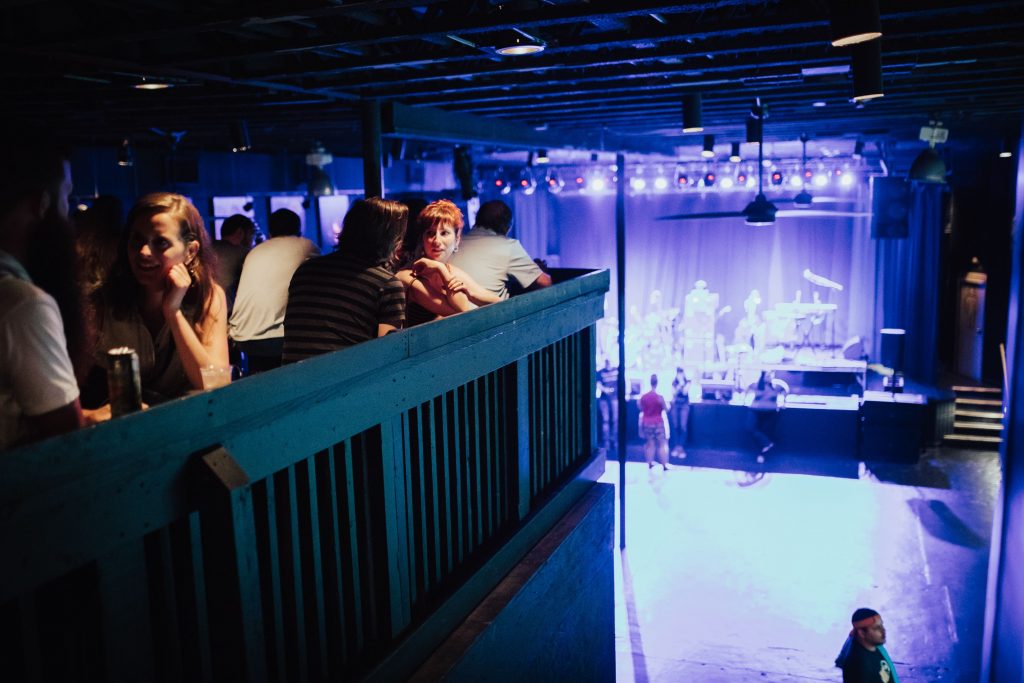 A shot from the balcony. (Photo: Bona Fide Live/Exit/In) 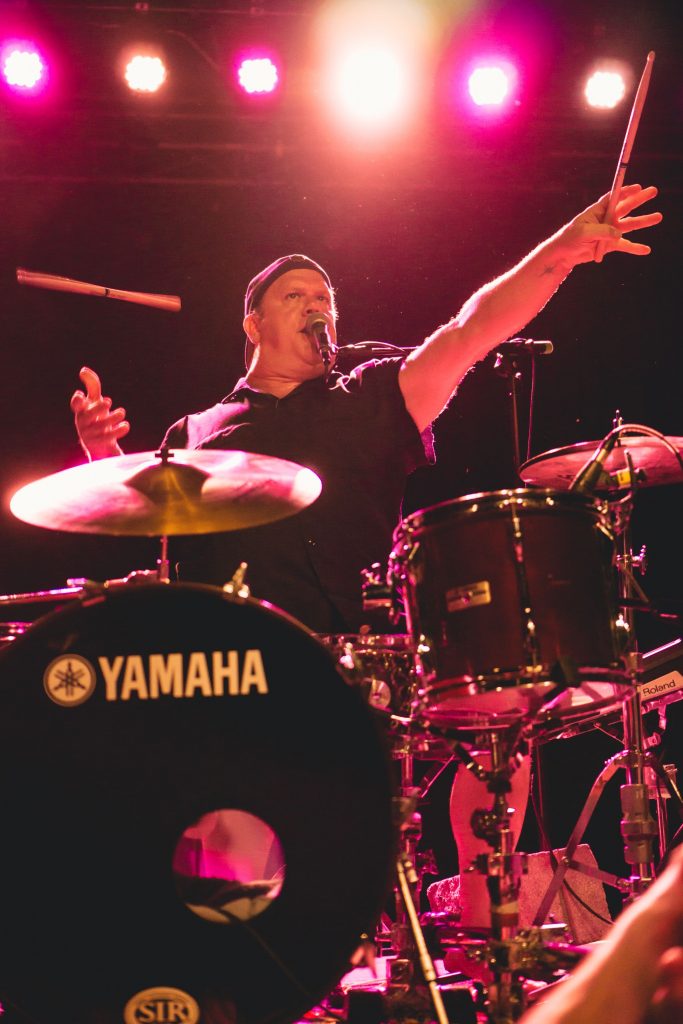 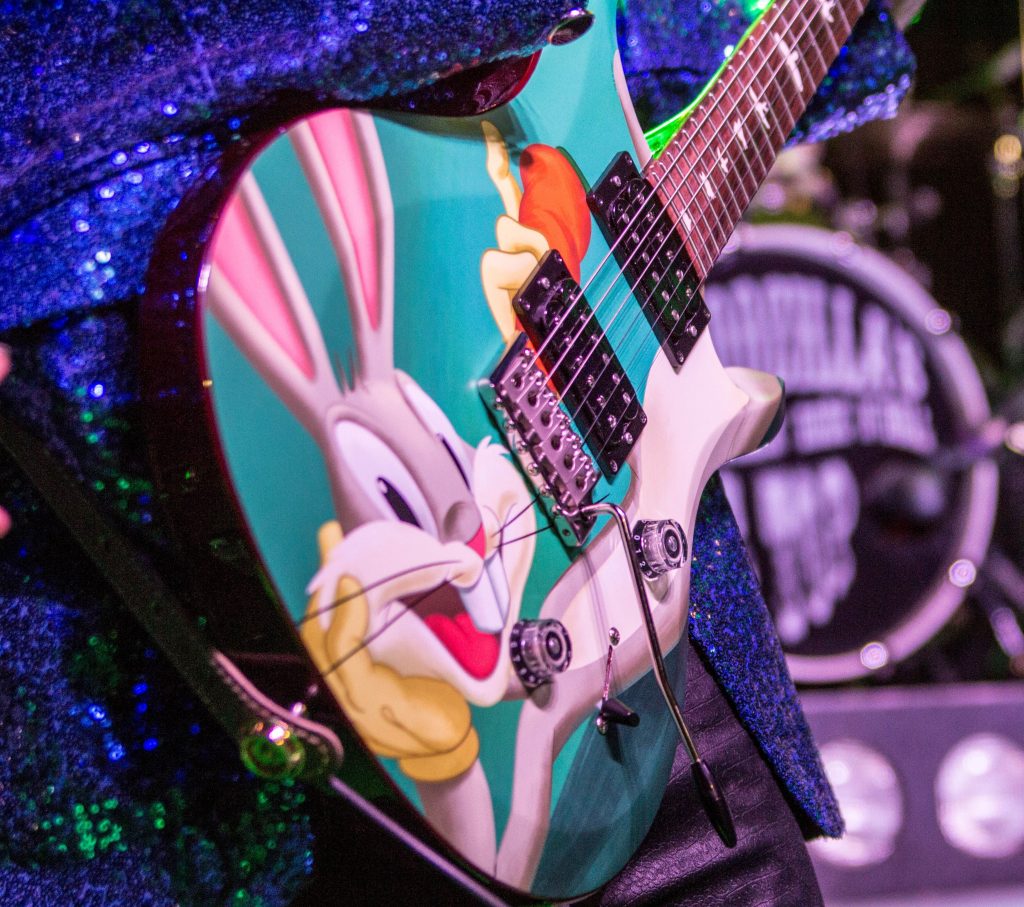 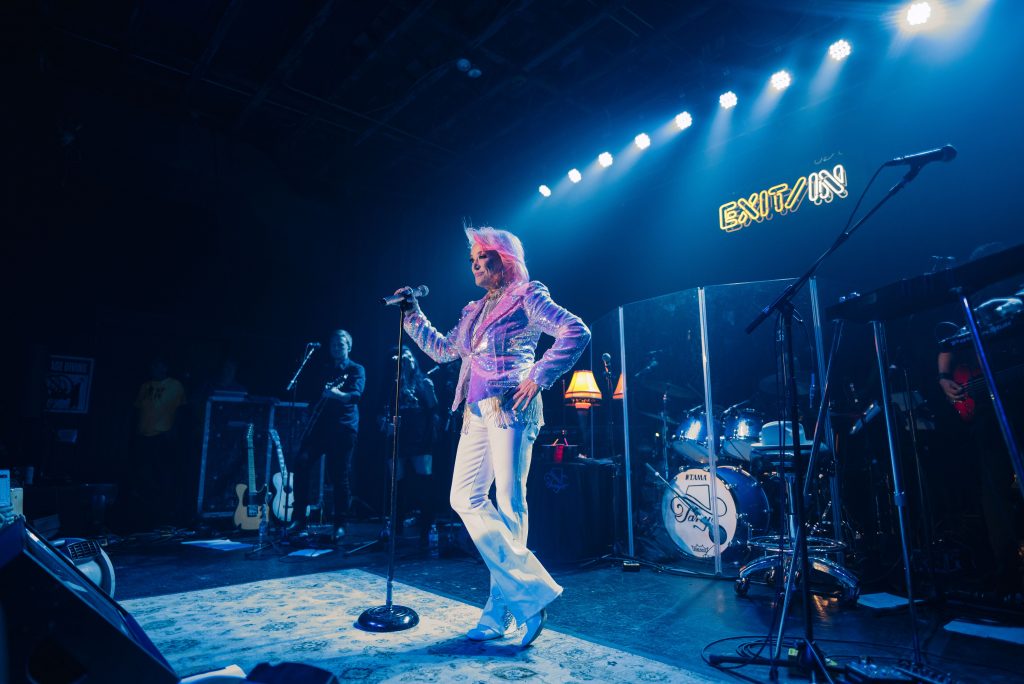 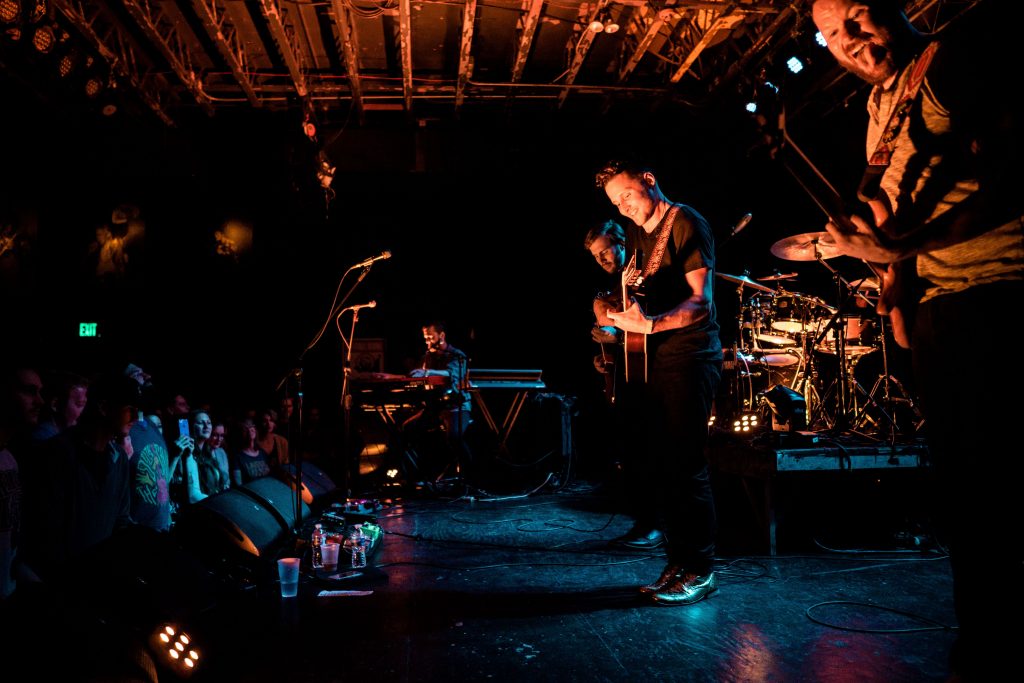 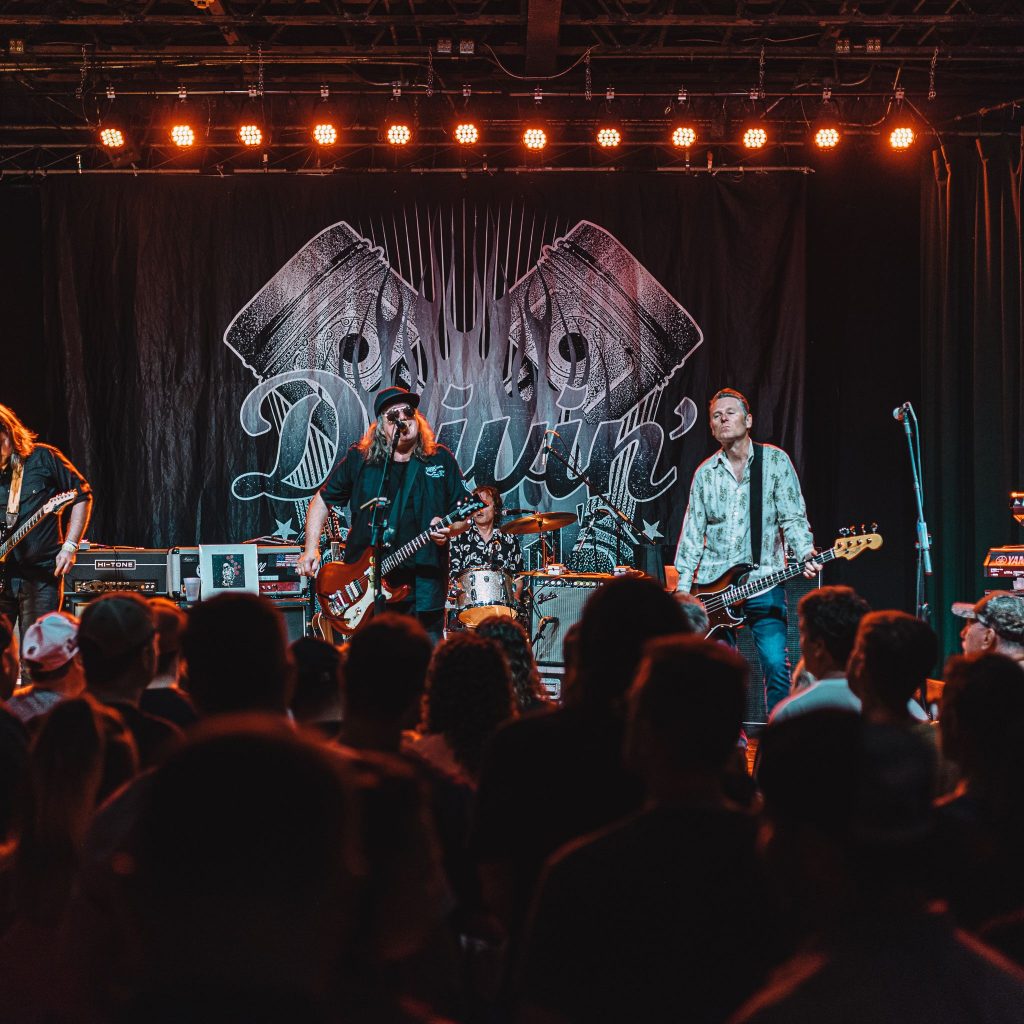 Etta James, Linda Ronstadt, Willie Nelson, R.E.M. and Talking Heads are among the household names who played shows there, typically before their careers advanced to be able to play much larger venues. Jimmy Buffett played the first show at the club, wandering in off the street with a guitar, as legend has it. The Red Hot Chili Peppers famously enjoyed a Thanksgiving dinner in the back of the club following a concert in the 1980s.

Cobb is hopeful the live venue recovery fund arrangement with Grubb Properties, which has a track record of affordable housing projects, will provide a solution to save his club. He took sole ownership of Exit/In in 2019 after selling his shares in Marathon Music Works to partner Josh Billue.

A selling point of the Grubbs Properties’ live venue campaign is that any fund returns generated over a certain threshold will be donated to the National Independent Venue Association.

“Exit/In has been a valued asset to Nashville for 50 years.  My dream is for the club to see 100!  Unfortunately, development  threatens Exit/In and venues like it across the globe. The live venue recovery fund provides trusted operators the opportunity to own their buildings, which is a MUST for the long-term health of our independent ecosystem.”

Independent venues in Nashville have already had a tough go of it before the pandemic. Mega corporations like Live Nation and AEG have dramatically increased their investments in recent years. Live Nation made an aggressive push to purchase Marathon Music Works and Exit/In several years ago, but was rebuffed by Cobb and Billue.

Besides the corporatization of the Nashville live music industry, gentrification has taken a toll as well. The typical pattern is independent business ownerss take significant risks to launch, or maintain music venues, only to see that risk pay off and turn the neighborhood into more desirable real estate. As the neighborhood grows more desirable, developers circle the block and threaten the long term viability of the original business. The Mercy Lounge complex south of downtown was purchased in 2019 by a New York real estate firm for $32 million.

“Exit/In represents the epitome of cultural preservation in Nashville right now,” said Metro Councilman Jeff Syracuse, who works in the music industry and advocates for the sector on an array of city government issues. “This venue highlights the ecosystem that is critical to the nature of the very soul of the city. If we as a city don’t step up to support and preserve those venues that have contributed to the artists that have benefited from this for over 50 years, then we are allowing a crack in the foundation of our stature as the global capital of music.”

Nashville has rallied to save a historic, culturally significant music business in the recent past. In 2015, the Music Row recording studio RCA Studio A was sold to a developer who planned to tear the building where Dolly Parton recorded “Jolene” down in order to build condos.

Philanthropist Aubrey Preston swooped in, following a massive public relations push led by singer-songwriter Ben Folds, his team and preservationists such as Trey Bruce, to save the studio. Today, Studio A is operated by Grammy machine Dave Cobb and listed on the National Register of Historic Places.

Considering the hotel plan at the handsome brick apartment buildings across the street, it is reasonable to guess the Exit/In property will similarly be desirable for condo-minded developers. The Rock Block is conveniently located near downtown and a few blocks away from Vanderbilt University.

Cobb declined to comment on when his current lease of the building expires. The Exit/In property is owned by two families each with a 50 percent stake. Southeast Venture did not immediately respond to a request for comment.