The U.S. Senate vote to acquit former President Donald Trump for the second time affirmed what most of us have known since Nov. 8, 2016—Donald Trump is dangerous; and, despite overwhelming evidence, Republicans will put partisan politics and personal gain over protecting America’s democracy.

“For those that continue to feign great surprise about what happened on January 6, as a Black woman to be barricaded in my office using office furniture and water bottles on the ground in the dark, that terror— those moments of terror— is familiar in a deep and ancestral way for me,” Rep. Ayanna Pressley, D-Mass. told the press on February 8.

Elect Black Women (EBW) and Elect Black Women PAC (EBWPac) stands with Rep. Ayanna Pressley and all the Black and brown elected officials, family members, and staffers who hid that day, not knowing who to trust or where they would be safe.

When it comes to white supremacy, nationalism, and the truth, there’s only one side to that coin. And justice isn’t yet something this nation has achieved — a truth with which the Black community is intimately familiar.

Every day we say the names Trayvon Martin, Breonna Taylor, George Floyd, Tamir Rice, Ahmaud Arbery, and other members of the Black community whose families haven’t yet found justice.

As Rep. Pressley told the press, holding those responsible for the insurrection wasn’t only about ensuring elected officials, hill staffers, janitors, and food service workers were when they came to the Capitol Building to do their job— accountability was about making sure those workers and marginalized communities were safe in America.

EBW was founded to bolster the efforts of Black women candidates and change the face of America’s government at all levels. Justice cannot be found in rooms where lawmakers gather— where voices are missing from the table and white supremacy is protected.

When it comes to white supremacy, nationalism, and the truth, there’s only one side to that coin. And justice isn’t yet something this nation has achieved — a truth with which the Black community is intimately familiar.

Forty-three Republican U.S. Senators voted to acquit Donald Trump despite overwhelming evidence of his culpability. Despite having hid in their own offices for fear of their own lives and the lives of their staffers.

Sen. Mitch McConnell stated, after he voted to acquit, “There’s no question, none, that President Trump is practically and morally responsible for provoking the events of the day. No question about it. The people who stormed this building believed they were acting on the wishes and instructions of their President.”

Sen. McConnell put the priorities of the Republican Party and personal ambition over his sworn oath to support and defend the U.S. Constitution.

If Americans truly want justice, then the way to achieve that is on election day. Black women across this nation are stepping up to run for elected office and they need your donations, volunteer hours, and vote.

The staff at EBW was angered by the 43 U.S. Senators who voted to acquit former President Trump; yet we weren’t surprised. Systemic racism is pervasive and found in all places of our government. EBW’s work began before February 13’s vote, January 6, and our work will continue today, tomorrow, and the day after. We are committed to justice. We are committed to changing our elected leaders in government.

Justice is found in the hearts of those who continue to link arms in the face of adversity, who draw a line in the sand and say no more. All of us at EBW link our arms with yours and march forward side-by-side with each of you.

Justice is found in We the People. 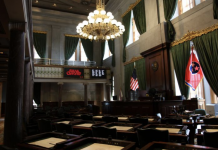 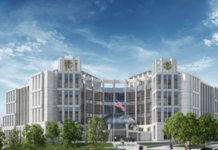 Commentary: Justice will be found in we the people

Top Homeland Security official vows federal agents ‘will not back away’...