During Monday night’s meeting councilmembers considered two appointees to the Hospital Authority board, including Pastor Frank Stevenson and St. Thomas COO Michelle Robertson. Robertson was initially selected for nomination by Nashville Major John Cooper, but after several deferrals by the council her nomination would have been automatic without a vote, according to Shulman and Metro Council policy. Vice-Mayor Shulman said he knew councilmembers had questions and concerns about her appointment, so he asked the mayor to withdraw, then made the nomination himself so the council could take a vote and have a discussion. After about two hours of heated debate, Robertson’s nomination to the board passed by 21 votes, the bare minimum.

Many members of the Metro Minority Caucus said they were worried not about Robertson’s qualifications but about potential conflict of interest. Metro General Hospital is subsidized and serves marginalized and uninsured patients, and councilmembers worry the St. Thomas COO may find it challenging to make decisions free of bias.

“It wasn’t about Mrs. Robertson’s qualifications or that she isn’t capable,” At-large councilmember Zulfat Suara said. “We were told she would recuse herself [but] why don’t we find somebody that does not need to recuse themselves?”

“I think that we’ve started an important discussion here and I expect it to continue,” Parker said. We heard from multiple minority caucus members they had concerns. I’m disappointed the council didn’t heed that perspective.”

In the next two weeks, Shulman will make another appointment to the Fair Commissioners Board, which oversees decisions that affect the fairgrounds. The organization is located in an ethnically diverse area of Nashville but the board is currently all white, with no Black or minority members.  Shulman has committed to changing that, and Fair Board chair Erin McAnally said it’s the right move. McAnally said the board has made it clear twice before that appointments should be minority candidates, but both requests were ignored.

McAnally says members of the community can also submit board nominations to the mayor’s office, and that in the meantime, she and the board are working to create a more inclusive fairground.

“We’ve tried to open the doors to the community, and it does start with the board,” McAnally said.

Shulman said there are currently three options for Fair Board nominees; he could nominate the mayor’s pick, his own pick, or the pick submitted via letter by the Minority Caucus. He has not made a determination yet but expects to soon, and has committed to choosing a person of “diverse background” no matter what. He said learning the Fair Board is all-white was concerning, and said he listened closely to the debate over Robertson’s nomination.

Erin McAnally, chair of the Fair Commissioners Board, said board members have made clear the importance of having a minority member but requests have been ignored.

He added the debate proves Nashville council members want diverse board nominations that better reflect the city and hopes the conversations results in a new group of nominees moving forward. Shulman shared a letter the Minority Caucus wrote with the Lookout proposing Leon Berrios for the board position based on previous service and engagement; Berrios’ Facebook page lists him as the former director of immigration and legal affairs at the Hispanic Family Foundation.

“Sometimes the nominations stem from recommendations from Metro Council members or a community group, but largely nominees reflect the prerogative of the administration,” the letter, signed by Minority Caucus chair Councilmember Sharon Hurt, reads. “The Minority Caucus believes that intersectionality with other organizations and institutions is the surest way to bring different perspectives and the long-standing equity we collectively strive for.”

Stand Up Nashville is working to make sure all Metro boards are increasingly diverse, and not just in ethnicity or race. Executive Director Odessa Kelly said the organization wants more socioeconomic and LGBTQ representation, too. Stand Up Nashville has created a program with more than 60 hours of training for community members across industries to remove barriers to professional development, making it easier for “regular” people to become Metro board members and take on more community leadership positions.

Kelly said if Nashville wants to keep its reputation as a progressive Southern city, leaders have to work harder and stop sticking to the status quo.

“People have good intentions usually, but the impact could still be negative, and the impact is the thing we have to deal with,” Kelly said. “In pockets we can be progressive. In other places we skip over things. I still have trust in our council….Building bridges is a much better way than burning it down. ”For his part, Shulman says nominating a minority candidate to the Fair Board is “the right to do and that’s what I plan to do.” 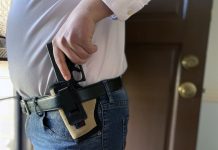 After a testy debate in Nashville, vice-mayor commits to equity on boards